Cronuts aren’t enough for you? Us either. Fortunately, chef Dominique Ansel is launching U.P. (short for Unlimited Possibilities). It’s an after-hours tasting table at the new bakery Dominique Ansel Kitchen, and it only seats eight people at a time. Those lucky few will enjoy an absolutely spectacular eight-course dessert menu. Tickets are released on the bakery’s site each Monday at noon, and seatings are on Fridays, Saturdays and Sundays only. 137 Seventh Avenue South, second floor, seatings at 7:30 p.m. and 9:30 p.m., prices vary by meal

Even if you’re stuck in the city this summer, you can at least celebrate The Art of Travel with Travel + Leisure magazine. Editor Nathan Lump and publisher Jay Meyer will be “celebrating 20 years of curating the best the world has to offer.” Skylight Modern, 537 West 27th Street, 7:30-10 p.m., invite only

If Ant-Man didn’t do it for you, and you want something where people transform in ways that do not give them superpowers, consider seeing Phoenix. The film, which premieres at the Lincoln Plaza Cinemas today, follows the life of a German nightclub singer who has survived the concentration camps of World War II, but has been disfigured by a bullet wound. The movie deals brilliantly with issues of identity and how we heal (and yes, it is a metaphor for post-war Germany). Lincoln Plaza Cinema, 1886 Broadway, $14

If you’ve been spending the summer huddling by your air conditioner, watching True Detective despite the fact that we all know it’s not what it once was, well, this is your day to get out. Grab your keys, get some bottled , and hop on the ferry to Governors Island. There, you’ll find “50 Cellos: Sonic Perspectives” being performed on a hillside by Fort Jay. The piece, written by Matthew Robinson and Serena Jost, allows visitors the freedom to wander amidst the cellos while enjoying their exquisite sounds. There will also be a photo and video installation component to the piece, and, if all of that gets boring, you can wander the scenic island, which, in itself, will at least yield some pretty good Instagram shots. Governors Island, Fort Jay, 3-4 p.m., free

They say that New York is a great place to be very rich, or a great place to be very poor. Or, at least, they used to say that? Today it’s mostly just a great place to be very rich. But every once and a while something happens that makes you realize, “I could probably not get access to this in any other city, and here I am accessing it completely free!” Like the Lincoln Center Out of Doors concert series. Tonight they’re featuring Judy Collins. She’ll be performing songs from her upcoming album Strangers Again, which includes interpretations of songs by Leonard Bernstein and Stephen Sondheim, Randy Newman and James Taylor. You can also expect some special guests like Jackson Browne, Jimmy Buffett, Don McLean, Jeff Bridges, Glen Hansard and Willie Nelson. Damrosch Park, Lincoln Center, 7 p.m., free

It’s often said that the nightclub is the golf course of New York, but there are still some things to be said for actual golf courses. They have nature and stuff, for instance, and aren’t entirely fueled by cocaine, bandage dresses and despair. Today you can get out of the city and play a round to benefit the New York City Chapter of The Alzheimer’s Association. Registration begins at 9:30 a.m., and there will be a brunch buffet midway through the day and a cocktail reception at 5 p.m. Glen Head Country Club 2011 US Open Qualifying Course, 240 Glen Cove Road, $2,600 for a foursome

Google is having a party to celebrate “What’s Next,” and I can only assume that what is next is robots. I’ll let you know what’s happening with the Ex Machina stuff if said robots let me live through the party (robot parties are like a box of potentially poisonous chocolates). 540 West 21st Street, 9 p.m.-4 a.m., invite only

Did you miss the Bill Murray film St. Vincent? Me too! It was supposed to be pretty good, I think? Hudson River Park’s outdoor movie series, Hudson RiverFlicks, will give you another chance to catch it tonight. And this time it will be entirely free and there’s free popcorn. From my vague recollection of the preview I think Bill Murray’s character would approve. Hudson River Park, Pier 63, 8:30 p.m., free 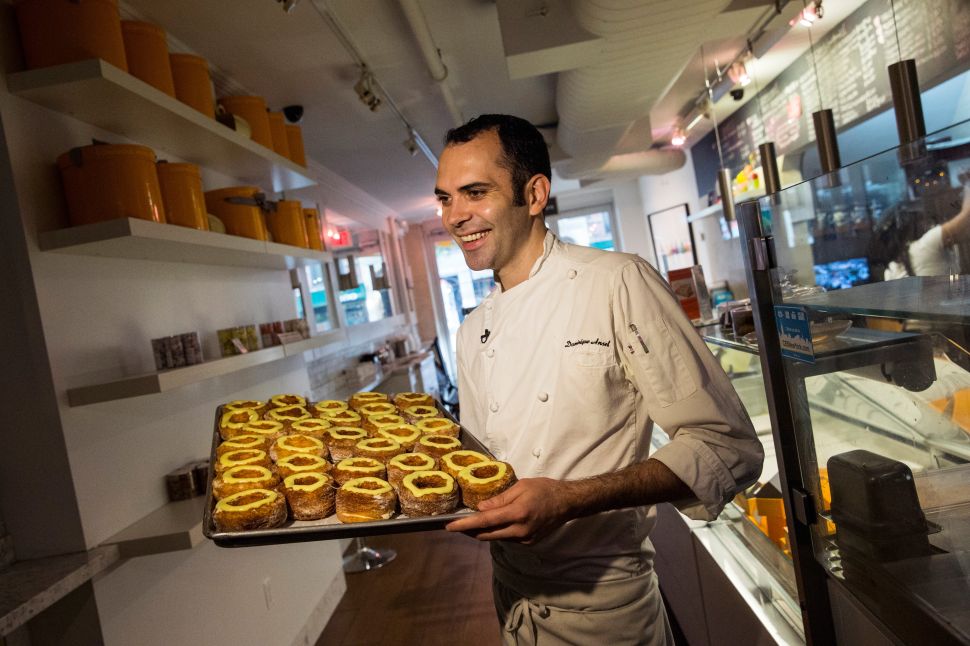