E.L. Doctorow departed from us this week, succumbing to lung cancer complications at the age of 84. It was my good fortune to meet Doctorow in the early 1990s and share a few brief conversations with him in the years that followed. There is an expression I used to hear among the elders in my Italian family, mal’ a visage, mal’ di cuore, buon’ a visage, buon’ di cuore, which means basically that the heart shows on the face. Doctorow – Edgar to his friends – had that kind of expressive face; a moment’s engagement with him and you knew you were dealing with a thoughtful, polite, supremely gentle human being. A tall man, he never loomed, always stooped a little for those of us who couldn’t breathe the air up there where he was.

He was also one of the half dozen biggest literary stars of his generation. The best of his novels – The Book of Daniel, Ragtime, World’s Fair, City of God, Billy Bathgate, and The March – all in the mode of lyrical realism, some political, some historical, more than one philosophical, told through varying and sometimes experimental narrative devices – are all major works of fiction and will remain so for a good time to come. Then they will disappear for a while and then, I bet, they will come back. That’s how it usually works. Very few writers make it into the next century without a revival.

A few of Doctorow’s books sold enormously, a few were made into very good films. His was, in short, a very important literary career. Yet it’s hard to imagine (though of course it could be true) that Doctorow as a writer influenced anyone in the literary sense. Young writers of my time were influenced by James Baldwin and Norman Mailer, by Flannery O’Connor and John Updike. By Nathanael West or William Burroughs. Nowadays, I don’t know. I’d guess George Saunders, David Wallace and Miranda July. I say the names, you can almost hear the authorial voices. But Doctorow’s style was invisible, as a great carpenter’s style can be invisible. And while politics and American history are never far from his mind, his books are radically different from each other, to a degree not true of any other well known author of his time.

I once heard him say, during the q-and-a after a reading, that he could never get far in a book, in “trying to write” a book, until a voice came to him: the voice of the book. This voice gave him entry: snuck him in. It would, he said, take over, and then he knew he was irrefutably on the way. Keep in mind, unlike with Mailer, say: it was not Doctorow’s voice: it was another voice as if from outside him. This description provided vital confirmation for me, as a young writer at the time, and for a few others whom I knew, that the process has no formula, that it is a mystery, and that in creating characters we must give them freedom to act and speak as they will, not as we plan for them to do. Otherwise they are soon dead, and to push dead characters around to get a facsimile of a story or a novel out of them is like taking a blue whale for a walk in the park. A lot of writers do it; they are proud of their work ethic. But it is of little benefit.

At the same time, Doctorow’s work is intensely cinematic. The March, (2005), a late novel about the Civil War and one of my favorites of his, unrolls at you like one of those Cinerama films of the early 60s, shot wide and with a hell of a lot of action on the screen at any one time. Frequently in The March you can see the entire landscape (this is a tradition, almost, in Civil War novels: take a look at the opening of The Red Badge of Courage from more than a century prior). I can’t recall a scene in Doctorow that was not absolutely visible to the reader, effortlessly available to the eye, with foreground, background, frames left right above and below all sensible and clear. You never doubt the shape of his barrooms or the orientation of his building’s facades. It is never unclear to you which side of the car someone is getting into or out of, whether the movement is to the left or right. You encounter no labor in his work to show you these minor but crucial details: it’s all there, smooth, tight, and ready, like a hotel bed. You’d never notice the skill of it because you never noticed the IT. He was a careful writer, a traditional and flawless craftsman with a very interesting experimental side. It strikes me now, thinking on the matter, as no wonder that the film versions of his novels – Ragtime, notoriously – irritated and even horrified him. He SAW these things as completely as they can be seen, heard them as God hears his creation; most good writers do, but Doctorow I suspect remained attached to the particularity of the structures and faces and voices and insistent tactile realities of his books. What director and screenwriter could do anything but spoil them?

Doctorow, born and raised in the Bronx of the 1930s and 40s, was of that fortunate generation that ended up with apartments on the West Side and houses out east for summer and a maze of professional connections going back to 1959 when he started as an editor for New American Library (NAL). He was later editor in chief and publisher of Dial Press, a very distinguished and successful imprint. He had that soft-spoken, uninsistent intelligence that marks a great editor. He quit in 1969 to finish his book about the Rosenbergs and their children, The Book of Daniel—which many of us oldsters consider his best work, because the subject feels so vulnerable and so close, and the politics so important.

He knew everybody, everybody knew him, he didn’t have to move to Laramie or State College to find a $38,000 teaching job. He was a passionate leftist, and got in trouble with two scorchingly political commencement addresses, one in 1989 at Brandeis, attacking the senseless brutalities of the Reagan years, and one at Hofstra University in 2004, attacking the even less sensible brutalities of George W. Bush. In the Brandeis speech he cited Sherwood Anderson to put his finger on the biggest problem traditionally in American culture and politics: it was Anderson’s conception, he said, that you could take any good idea, like patriotism or thrift or self reliance, and hold it too far off from other good ideas, and squeeze it too hard, until it becomes a lie, and you become a grotesque. This, to him, was what had happened to us. He never stopped fighting against it.

Vince Passaro has published stories, essays and reviews in many national magazines, newspapers, literary reviews and online journals. His first novel, Violence, Nudity, Adult Content was published by Simon & Schuster in 2002. He is at work on a second. He teaches as an adjunct where E.L.Doctorow taught, at NYU, and lives where Doctorow used to live, in New Rochelle, NY. 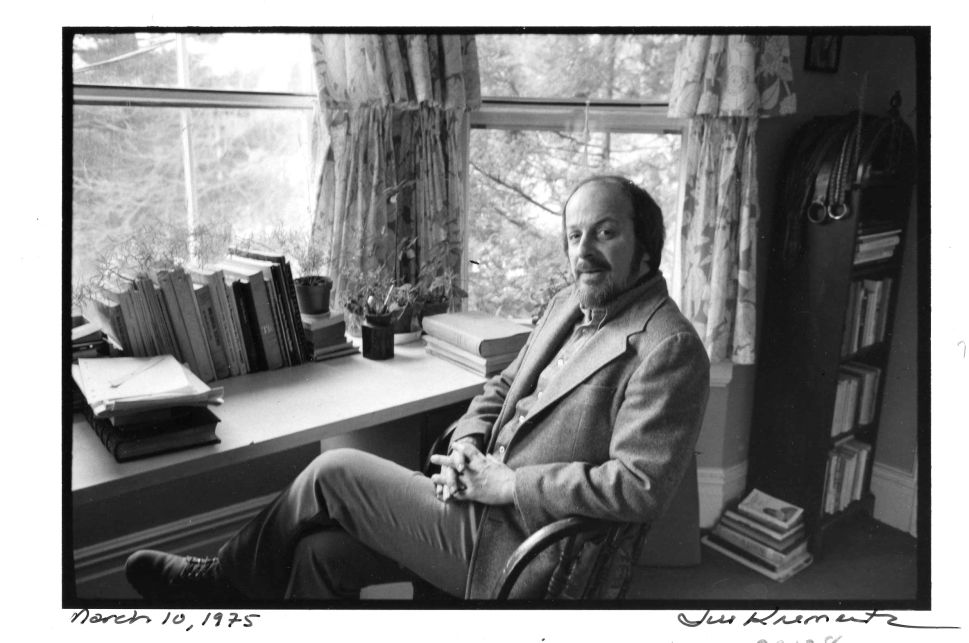