Dealers, collectors, artists and socialites flooded the Parrish Art Museum in Mill last Saturday evening for the Midsummer Party, where some tables set donors back a cool $50,000.

Revelers were flanked by Chuck Close photography, which lined the halls of the Herzog & de Meuron-designed museum. The exhibition, Chuck Close Photographs, is on display until July 26.

The outdoor area was festooned with vintage Ferraris and Astin Martins from the personal collection of Julian Ellison, the founder of television station LiveAuctioneers. Barons of real estate and finance puffed cigars while assessing the vehicles as their wives tottered on high heels unsuited for the grass.

Ms. Donovan was in attendance, as were many other artists whose works is on display at the Parrish: Donald Sultan, Malcolm Morley, Eric Fischl, Alice Aycock and Jules Feiffer. Mr. Close couldn’t make it.

Museum director Terrie Sultan said the museum straddles two goals with its programming: bringing world-class art to the Hamptons, while making sure to keep the fare decidedly local.

“We’re lucky, we have great locals,” she said, highlighting Mr. Close’s Long Island connection and the history of artists from painters to photographer Cindy Sherman who’ve called Long Island their home or made it their subject.

The event raised more than $1 million for the museum, according to a representative.

The food by Olivier Cheng was very Hamptons housewife: pea shoots, a filet of black cod with a single heirloom tomato and a delicious apricot tart.

Three years after moving to the built-to-suit wood and glass hangar from a tiny Southampton space, the Parrish appears to be prospering.

“I love it,” said Stewart F. Lane, the Tony award-winning Broadway producer who sat across from the Observer at dinner, gesturing to the grand open terrace where the meal was served. Mr. Lane and his wife Bonnie Comley have supported the museum for years, he said, and will continue to do so. 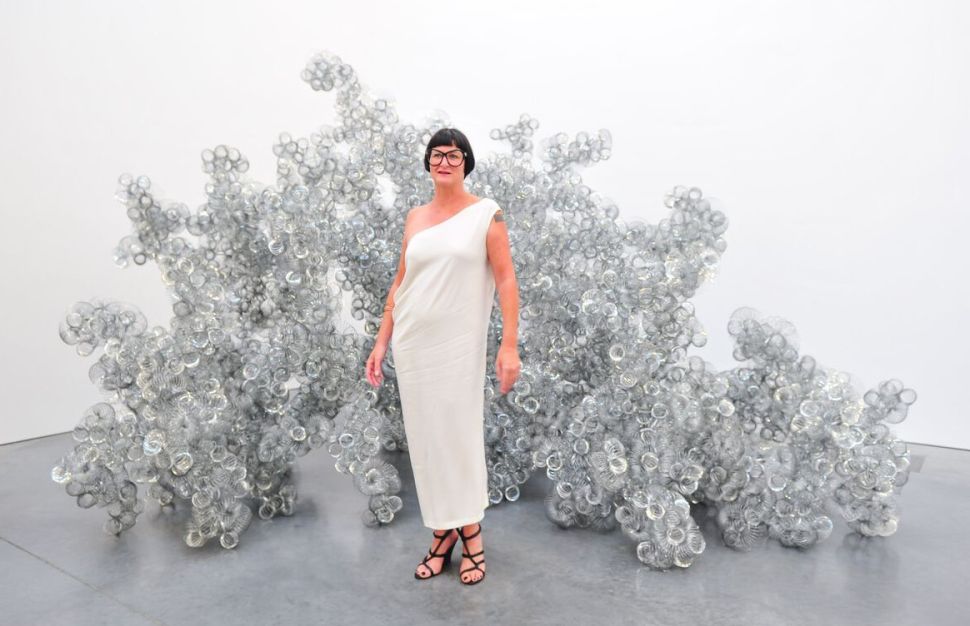