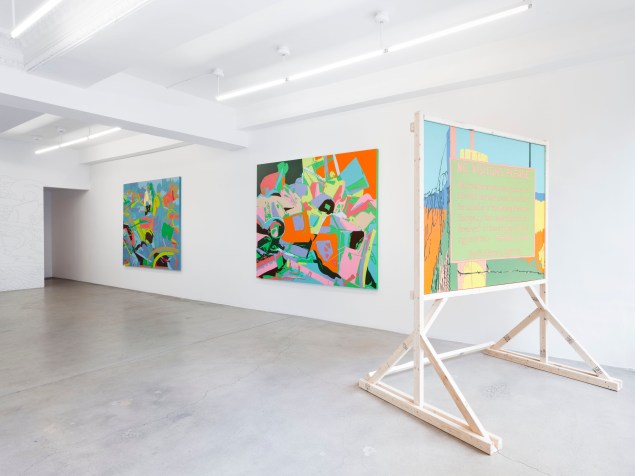 Lisa Ruyter’s artwork on display in 11R’s space on 195 Chrystie Street, which it will fully relocated to in the fall expand by 2,000 square feet. (Photo: Courtesy of Eleven Rivington)

The Lower East Side’s Eleven Rivington gallery is moving all of its operations to 195 Chrystie Street, and officially changing its name to 11R, according to a report from artnet News.

“It just felt right to give the gallery a new name with this move and expansion,” said gallery director Augusto Arbizo in an email to the Observer. “But, the new name still refers to our beginnings.” 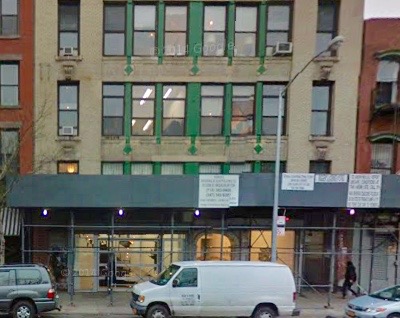 11R will occupy the space to the right in the building on 195 Chrystie Street, and CRG Gallery will be to the left. (Photo: Screenshot from Google Maps)

The gallery currently has two locations: 11 Rivington Street and 1,200-square-feet on on the ground floor at 195 Chrystie. It plans to add 2,000-square-feet to the Chrystie Street space, and permanently close Rivington Street in the fall. Eleven Rivington will share the Chrystie address with CRG Gallery, which plans relocate to the ground floor space in September from Chelsea. (The two galleries will have separate entrances.) Monitor and Kristen Lorello Gallery already occupy the upper floors of the same building.

The gallery’s artist roster won’t change with the move. Eleven Rivington represents Mika Tajima, Caetano de Almeida, Jackie Saccoccio, and Jeronimo Elsepe, among others. Ms. Saccoccio and Mr. Elespe have exhibitions with the gallery set for fall. The last exhibition at Rivington Street be a group show featuring work by Assume Vivid Astro Focus, Denise Kupferschmidt, and Shirley Jaffe, from September 9 through October 9.