If there are any budding entrepreneurs out there or venture capitalists looking for a new business to create that can make lots of money for the investors and foment a new revolution by cutting life-improving deals for consumers, how about creating a national consumers union that would negotiate heavily discounted rates on everything from cell phone plans to cable television rates and from gym memberships top airline tickets!

There are organizations that purport to do this that I won’t name but in my experience they may be big but they make nickel and dime deals that aren’t worth the trouble to seek. Who cares about a 10% discount on an overpriced product or service in return for wading through a deluge of emails looking for a legitimate bargain?

What pissed me off and inspired my muse to write this was a recent experience with one of the large companies that operates a chain of gyms.

I am fairly athletic. When I was young I was offered a tryout at third base for the Los Angeles Dodgers and have participated in various sports ever since. While I am not a gym nut the thought of occasional workouts in a social environment where I might meet some cool ladies of a similar athletic bent was not without appeal, so I began a hunt for a gym I might join.

I focused on a high quality gym owned by a well known company and when I first signed up for the free trial I told the membership guy that  I was interested in a plan where I could join and pay on a month to month basis, participating and paying for certain months when the weather or my mood was right, and not participating or paying in other months. No sweat, that’s cool, can do, he replied.

So I began the trial and enjoyed it. Doing some moderate weight lifting was useful and I particularly enjoyed the basketball court. I used to play a lot of basketball but haven’t in years. The first day there were two kids about 12 years old on the court who invited me to join them to shoot some hoops. My first shot in eight years missed the rim by five feet, which was humiliating when the two kiddies laughed at me. My second shot hit the bottom of the net, which was merely embarrassing. But by my third shot the magic came back, swish, boom, a perfect shot!

I enjoyed the trial, used many of the fitness machines, found the experience fun and physically beneficial. And I was right about the ladies (you don’t want me to lie, do you?) and a phone number or two was exchanged.

But when the trial was done and I asked the price if I joined for one full month, oops, there is no way to join for one month only. When I reminded them that I had specifically talked about joining for one month, the reply was, essentially: “Must have misunderstood, sorry, you have to sign up for a year, and if you try to quit we will sue you for the money, unless you get a note from your doctor.”

I told them I deal with Senators, CEO’s and Secretaries of State and do not do notes from my doctor to break gym contracts and reminded them they had told me I could do a month to month plan. Sorry. Too bad. Misunderstood. But we have a great deal on a one-year contract, they said.

I checked out several other gyms but found the higher quality gyms wanted to make me a prisoner of war and agree to a long-term contract. If I am outdoors during the spring and summer seasons and do not need the gym for those months, they still wanted me to pay up. If I want to spend the money on something else for two months, tough luck, I pay or they sue.

This same syndrome plagues consumers in many other sectors. No matter what agreements we reach with my cable company, the rates always rise and we enter talks more complicated than Mideast peace negotiations to get the rate back to what we had agreed to.

Dealing with cell phone companies can also be an unpleasant experience. I recently switched from one carrier to another because I needed a new phone, since my previous fairly new phone started to die shortly after the warranty ran out.

In business this is called an economy of scale, where the company makes money by selling in large volumes with smaller margins, while customers get better value by the leverage of pooling their humongous numbers to get better deals

The cell companies, too, insist on locking us into contracts to get the phones, which at least is understandable because they bear some cost to offer the deal on the phone, but pardon my conspiracy theory in noting that cell phones seem to get very old very fast, often very soon after the warranty expires, while companies that make cell phones release hot new phones every few months and the last thing they want is for customers to get long term value on the hot new phones we bought last year.

This the tyranny of the big (companies) versus the small (customers) which results in the dictatorship of the gym contracts, cell contracts and other contracts. I have often written in a political context that in our economy and politics the bid is rigged, the deck is stacked and the game is fixed.

At the same time I am inundated with marketing schticks from other cell companies and cable providers. Of the three gyms I contacted about month to month deals, none will offer me the product I want to buy but all pursue me like the FBI pursuing John Dillinger to solicit my business for their gyms.

This brings me to my constructive solution for the day: a large and powerful national consumers union representing large numbers of customers to demand substantial price cuts for the things we want to buy which the companies are hungry to sell us.

I have done my fair share of marketing business over the years. The profit margin on all of these products and services is high enough that a consumer union representing masses of consumers would have huge leverage to counteract price gouging that is a way of life in business today.

In business this is called an economy of scale, where the company makes money by selling in large volumes with smaller margins, while customers get better value by the leverage of pooling their humongous numbers to get better deals—and I don’t mean 10% discounts that countless companies purporting to represent us offer today, but 30% to 40% discounts for the products and services we want to buy on the terms we want to buy them—with or without contracts.

A consumers union represent millions of customers would make a small fortune by charging small dues while keeping a percentage of the discounts it negotiates for us.

As for my gym project, I will not submit to the dictatorship of the annual contract when I don’t want to be locked in to an annual service and forced to pay a yearly rate when I do not want to use the service every week of every month of the year. I will pay for what I use, no more, but no less.

The fact that the three gyms I contacted continue to pursue me so aggressively, along with cable providers and cell phone companies that value me more when I am not their customer than when I am, suggests that a consumers union that could deliver a large number of new members could make a lot of money by saving us a lot of money.

I am all for a bid that is rigged, a deck that is stacked and a game that is fixed so long as the winners are the 99% who want to buy and not the 1% who want to sell. 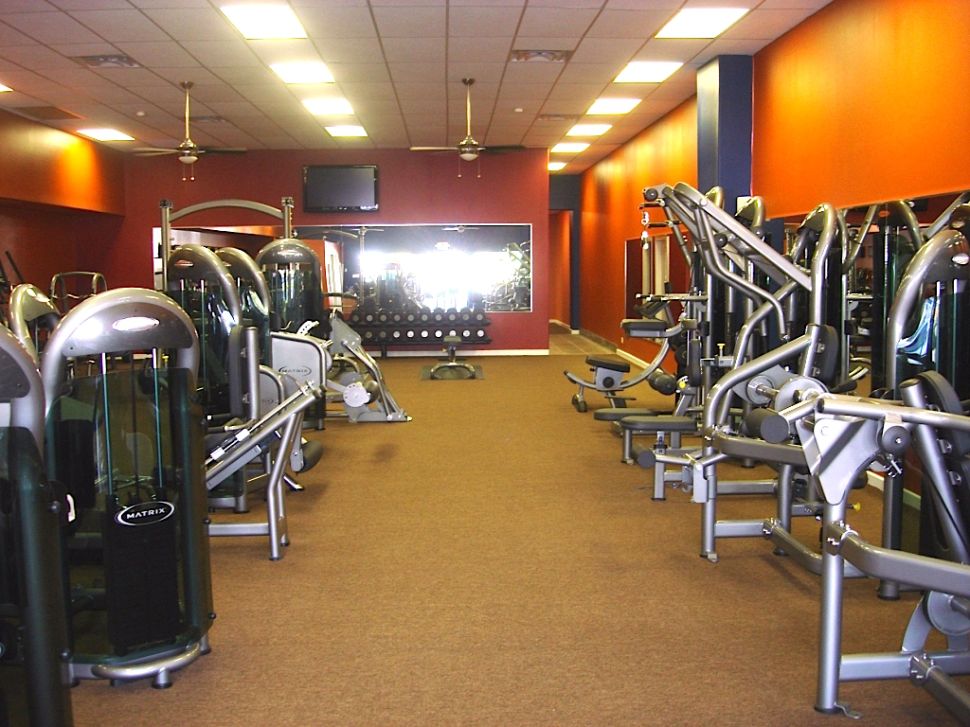