It didn’t work, FYI, but here we go anyway. *vomits*

The word WAGS, in case you didn’t know, stands for Wives and Girlfriends of Sports Stars. *vomits* This newest show, from the channel that brought you Keeping up with the Kardashians and The Real Housewives of Everywhere Ever, “will focus on an elite group of sexy ladies who quickly show us that being a WAG isn’t all diamonds and mansions.”

Role models, all. Let’s take a look at some choice quotes from the trailer:

“I was a Divas champion, where’s my party?”

“When people look at us, they see the glitz and the glam, but there’s a lot of things that come with being in this type of relationship.”

The trailer soon after cuts to one of the women taking a pregnancy test and crying, because unexpected pregnancy is strictly a WAG problem, you peasants.

“Whenever you’re walking in there, it’s a representation of your man, too. And I gotta’ represent him the best I can.”

God, that last quote. God, this show. Listen, I know the E! Network isn’t exactly where you go to find intelligent programming. It’s a network with an exclamation point in the name itself. I get it. But, this is like a new level. This show, and everything it stands for, genuinely sets us all back as a species hundreds, maybe thousands of years. An entire history of clawing and chipping and scratching away to make sure those whose voices weren’t being heard got their due seems silly, now that we know they could have just been marrying pro athletes this whole time. Please, get this show on air ASAP so our daughters and sons can learn this lesson.

In summary: “What, the US Women’s National Soccer Team won a World Cup? Ha! It would’ve been so much less effort to just marry a male soccer player!” – this show.

So, in the end, it’s just kind of sad. Sad that this show focuses on people, some of whom have careers of their own as models, stylists, and…former pro wrestlers…but instead highlights the fact that the dude they’re currently seeing plays a sport on TV. Progress, thy name is not WAG. 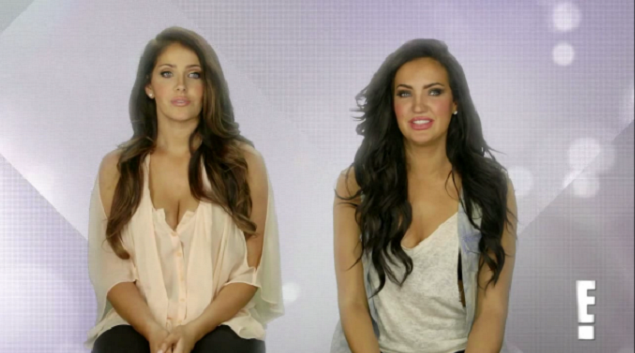 Filed Under: TV, TV, Keeping Up With the Kardashians, real housewives