“I’m pretty much fucked” is probably what Andy Weir was thinking after quitting his job at AOL and initially failing at his dream of becoming an  author. Now, a few years later, those words will be read by Matt Damon — directed by Ridley Scott no less — in an adaptation of Weir’s bestselling novel, The Martian.

First released as a free-to-read serial on his personal website, it’s a story that follows Mark Watney, a stranded NASA Astronaut who must survive on the red planet with his sharp wit and limited supplies. Without a publisher or agent, Andy Weir went back to his career as a programmer but continued this story for a growing and eager fan-base. Weir eventually self-published the completed novel on Amazon’s Kindle Direct Publishing for 99 cents where it’s runaway success, eventually earned him both a hardcover from Random House and a movie deal.

Also benefiting from the success of The Martian is NASA, whose ultimate goal is to land humans on the red planet. Even though the critically-acclaimed novel is noted for its scientific rigor, the federal space agency was heavily involved in making the film’s depiction of a human Mars mission as accurate as possible. About 50 pages of the script is based on technical and design material provided by NASA while the main cast consulted with actual Astronauts.

In preparation for Fox’s theatrical release of The Martian, Andy Weir gathered with human Mars mission scientists at Comic-Con to promote the film while giving NASA’s ‘Journey to Mars’ a public relations boost. Following the buzz-generating panel and successful weekend in San Diego, Weir answered a few questions about his celebrated novel.

Science seems to be a passion of yours. Did this inspire you to write the novel or did you use this passion as a tool to add a sense of realism to the story?

Definitely science was the inspiration. It started out as me speculating on how a manned Mars mission could work.

How much actual research helped you “science the shit” out of your novel?

That’s hard to quantify, because I did the research while I was writing. It took me three years to write the book, and a large percentage of that was spent doing math and research.

I heard that you wrote a program to help you with accuracy in describing NASA’s trajectory and arrival to the red planet. Why did you feel the need to do this and have you written other programs?

I was a computer programmer for 25 years, so yeah I wrote a lot of programs. I wanted the orbital trajectories to be accurate, because my overall plan was to make a book as accurate to science as possible. Plus I have an interest in orbital dynamics, so it was fun for me.

I think that’s a bit of an overstatement. If the book and film reinvigorate public interest in the space program that’s great. But it’s not like anyone was going to cancel NASA.

Do you think we’ll make it to Mars in your lifetime?

Are you anything like the character of Mark Watney and if given the opportunity to go to Mars would you do it?

Mark is based on my own personality. Though he’s smarter and braver than I am and he doesn’t have my flaws. I guess he’s what I wish I were like.

But no, I wouldn’t go to Mars. I write about brave people; I’m not one of them.

What was your first reaction to hearing Ridley Scott and Matt Damon teaming up in the adaptation of your film?

It was a dream come true. I could barely believe it. I still have no idea what I did right.

How closely have you worked with the filmmakers and are you concerned with the accuracy of the science in the adaptation being altered for dramatic effect?

Mostly my job was just to cash the check. Though they did send me the screenplay to get my opinion. They are not required to listen to anything I have to say. They keep me updated on the production because they’re cool.

Do you  think you’ll do a follow up to the Martian?

No plans for a sequel. There’s really nowhere to go with it. Putting him in trouble again would be ridiculously implausible. Having him as a supporting character for someone else in trouble would be unsatisfying. 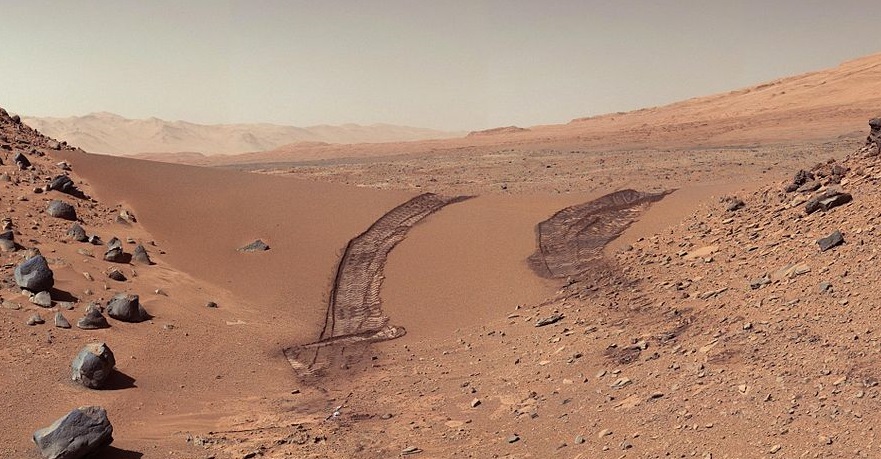