The United States is now  the only nation in history to visit every planet in the Solar System after completing a 9- year, 3-billion mile journey to Pluto. The success of NASA’s New Horizons spacecraft has brought the agency back into the spotlight and may help re-establish America’s role as pioneers that once sent men to walk on the Moon.

But who were these explorers that flew those first missions and pushed the space program forward? We all know the household names of famed Apollo 11. Astronauts like Neil Armstrong and Buzz Aldrin who took the first and second steps on the Moon, but the Apollo missions continued for three more years following that first voyage. Armstrong passed away in 2012 from complications during a coronary bypass surgery while Aldrin, now 85, uses his legacy to school Senator Ted Cruz and Congress on why NASA needs funding.

Odds are you can’t name even a few of the ten American Astronauts that followed those historic first steps on the lunar surface. Three of them have passed away (after retirement) and the others live quiet lives while knowledge of  their achievements fade with each new generation. Of these forgotten heroes, one in particular has managed to unorthodoxly float his legacy above a permanent retirement on Wikipedia: Edgar Mitchell.

Long after piloting the Antares Lunar Module during the Apollo 14 mission and being the sixth man to walk on the Moon,  Mitchell wrote this:

“You develop an instant global consciousness, a people orientation, an intense dissatisfaction with the state of the world, and a compulsion to do something about it. From out there on the moon, international politics look so petty. You want to grab a politician by the scruff of the neck and drag him a quarter of a million miles out and say, ‘Look at that, you son of a bitch.”

Not only that, His controversial views on the existence of extraterrestrials are often cited by UFO documentaries and conspiracy theorists from around the world. After receiving the Presidential Medal of Freedom from Richard Nixon in 1970 and his retirement from NASA two years later, Mitchell has been outspoken about the government’s alleged knowledge and coverup regarding alien visitation.

Today, at 84 years old, Edgar Mitchell has retired to a modest life in West Palm Beach, Florida—where I visited him to find out if this strange legacy matches the man.

Can you describe what it was like to travel from Earth to the Moon?

Well it was an incredible feeling and certainly life-changing. There’s a certain pleasure that goes along with the cooperative effort on a mission like Apollo 14. For me, working as an organizer and having come off that job successfully is always a satisfactory thing that can happen.

Were you concerned about the mission following the Apollo 13 crisis?

There’s always concern and extreme caution. After Apollo 13 we worked hard on upgrades and fixes. We added a third oxygen tank. We felt pretty confident about the mission and the hardware holding up.

You are often cited in describing  the ‘Overview effect’. How would you explain that concept to someone with no interest in space exploration?

Simply appreciation for our role and significance in the universe. I consider myself a cosmologist. Just the fact that all of us who went out had some part of that experience of being overwhelmed by getting off the planet and looking at it in its setting and that perspective. Being part of a larger reality for me was a life changing experience. I had to do that to find out what are we going to do to making it better. Realizing the fact that we are not on a sustainable path. I had an epiphany on the way back and starting really looking at it. The more I dug into it, it started becoming obvious that we aren’t on the right path.

Did you take a good look at Earth while standing on the moon’s surface?

A little bit but we were too busy. The Earth was there, It was directly overhead. You didn’t have to make an effort to look at it. Seeing it in that perspective was quite the experience and seeing the earth as part of the heavens changes your own personal perspective. My role in the universe completely shifted. I saw myself as part of a bigger cosmic picture.

Astronaut Scott Kelly has recently embarked to spend a year in space aboard the International Space Station, do you think he will have this kind of experience?

If he has the opportunity to. I hope so. I can’t be sure that he will. Its certainly an opportunity to appreciate the beauty of the planet and the nature of the universe. it’s a sense of our role in the universe and what this is all about.

You previously mentioned sustainability. As a scientist do you see that as a major issue in today’s society?

We’re not on a sustainable path right now in civilization. We are consuming ourselves and the attitude is that “I don’t want to hear about it”

How do you think we became such an unsustainable and apathetic society?

The lack of awareness has been our fallacy. Our separation of science from ourselves and it’s association with a strict attitude. Science is strictly materialist. When we move towards a more conscious appreciation of each other- there comes an ability to serve a greater good. its hard to serve a greater good otherwise.

Can you elaborate a little on the current state of science and why you see it as a failure?

Matter and energy has been the only concern of science for 400 years. Mind and consciousness was not part of it and not considered a proper science. Science and experimentation is a technique for proving relationships in lab and using evidence to validate positions. Nothing wrong with that – that’s what science is about. To find material ways to either prove or disprove a different postulate. This Newtonian approach moved us away from utilizing science as part of everyday life.

The love of nature, love of each other is what we’re talking about. Appreciation at a personal level. Science has a way of making it very stiff and impersonal at times. Serving the greater good is most important. We’re not going to get anything done unless we do. Science needs to go beyond the data and be used to understand the universe at a personal level.

Going back to sustainability, how do we approach the issue in order to fix it?

Being self sufficient and using natural resources to sustain your life. And quit reproducing! Sustainability can only be accomplished by not having so much offspring. Our exponential population growth is wiping out natural resources on this planet.

We need to ask what are the resources that are going to become scarce and learning how to replace or to preserve those resources. Main thing is that this begins with every one of us. It just can’t be leadership , we’ll all have to step in and do our part. Within this century as a civilization we’ll be in deep trouble. Serving the greater good in all our activities and motives towards solving the problems we have. Sustainability is that problem and it has a lot of facets to it.

Did you start thinking this way after you returned from the Moon?

More so yes but I was raised in a family that was very loving. We grew up on a ranch farm with animals around us and we were appreciative of the role of animals in our lives. I got this attitude from my parents. Appreciation for life and everything in our lives. As I came into my house each day I always saw my picture of my pony that I had when i was 14. I valued it as a friend not as a pet. That was the attitude I learned from my parents. love for nature and all it’s complexities.

Do you think that appreciation is something the newer generations need to adapt?

It’s not just those generations, it’s all of us. I certainly in my own life try to live that way. I’m very comfortable here—I have a lovely home. As you can see out there I’ve got  a batch of trees. I’ve gone back into the nursery business just to help protect the trees. We found a lot of trees that were going to be destroyed. The owner wanted the trees off his land so we got back into the nursery business to protect those trees. I hope people will shift to this kind of view. we have our children and we have our pets. if we learn to operate with appreciation for these aspects of life and treat them as blessings. These things that make life comfortable.

You have made controversial statements in the past regarding the existence of extraterrestrials. Do you still stand by these statements?

Yes I do. The evidence for visiting of other species goes back in historical record. Back past the bible  to ancient times. Clearly they have been coming here in more recent times. Governments keep hushing it up. They don’t really want to talk about it.

Why do you think they refuse to talk about it?

I don’t really know a good reason for that except for fear. Fear of not wanting to acknowledge that we’re not the best thing around. There’s a lot of rumor around stuff going on. I do know personally all the published research here and in South America and I’m on first name basis with everyone in the field. There is no doubt that they’ve visited and they are here now.

I think the best answer is that the real control of information is about money. The government and powerful parties may use the technology for profit motives. They want to hold onto everything. Particularly the idea of going off the planet – they want to hold onto it. The monied interest has a hold on it.

Robin Seemangal focuses on NASA and advocacy for space exploration. He was born and raised in Brooklyn, where he currently resides. 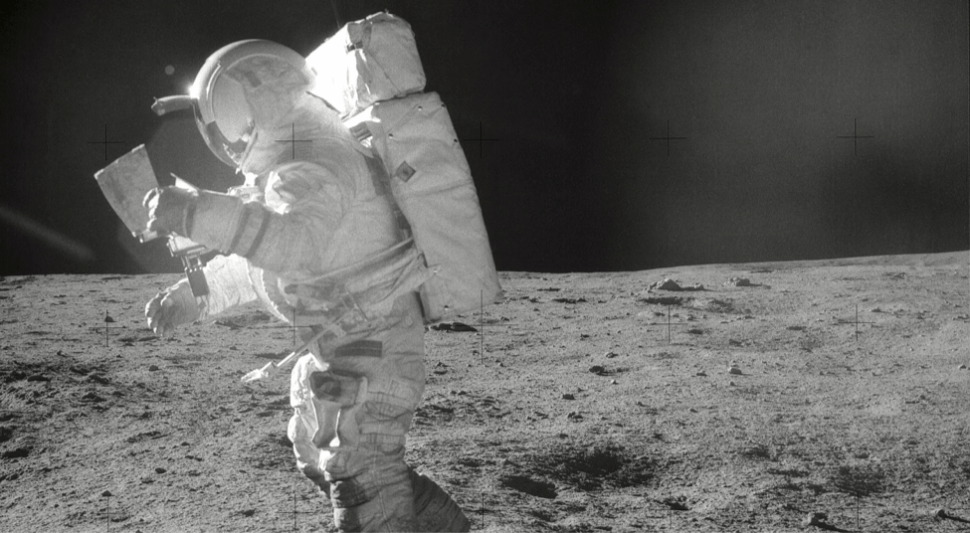