Except for a few rare exceptions, like Testament of Youth and Infinitely Polar Bear, the dog days of summer 2015 drone by with two kinds of movies: expensive Hollywood crap and low-budget indie-prod crap. In the first camp, I dare sane and discriminate people everywhere to sit through Ant-Man, another interminable, inexplicable bore, or any filthy, alleged comedy by Judd Apatow. (Anyone seen Amy Schumer, the latest Baskin-Robbins gimmick of the month with the flavor of dirt, in Trainwreck? It’s a movie that lives up to its title in spades.) The second category includes just about everything else.

It’s as good a time as any for a desperately needed month’s vacation. I’ll return briefly to talk about a few summer surprises, like the excellent film Learning to Drive, with a pair of superb performances by Patricia Clarkson and Ben Kingsley (August 21), and while you’re at it, try to catch the funny, enlightening documentary The Best of Enemies (July 31), about the series of 1968 political debates between liberal snob Gore Vidal and conservative snob William F. Buckley that started out nasty, almost ended in bloodshed, and made television history. Also make a date with Grandma (August 21), starring Lily Tomlin as a poet mourning a breakup with her girlfriend when her fragile privacy is invaded by her problematic granddaughter (Julia Garner), who shows up at her door in trouble, so grandma hits the road to find the money for an abortion. Hilarious and touching, Lily Tomlin’s Rolex comedy timing is so awesome that people are already talking Oscar.

Meanwhile, don’t miss Tom at the Farm, the latest controversy in the oeuvre of acclaimed French-Canadian actor-writer-director Xavier Dolan, who has been labeled the “enfant terrible of queer cinema.” This time, instead of the chic, urban midnight watering holes of Montreal, the film is set in the crude, rural remoteness of the countryside far away from worldly experience, but the film retains the edge and Hitchcockian suspense that brand all of his films.

While the soundtrack blares a tear-stained vocal of “The Windmills of Your Mind” in French, Tom Podowski (played by the director himself) is a scruffy mirror image of tortured anguish, badly in need of a shave, a haircut and a touch-up job on the black roots of his bottle-blond hair who glides through the fog to an empty farmhouse—arriving unannounced, uninvited and unexpected. He has come for the funeral of his recently departed lover Guillaume, who escaped the farm life years earlier and never returned, never telling his family he was gay.

What a strange collection of oddballs. Getting to know them explains why Guillaume left home for the big city and never came back. His mother Agathe (Lise Roy) asks Tom to stay the night, sleep in his friend’s bed and say a few words at the funeral, unaware that his relationship with her son was a great deal more than that of an office colleague. But Guillaume’s older brother Francis (dynamic Pierre-Yves Cardinal from Heaven Knows What) is not so welcoming. Sensing the truth, a bitter hostility surfaces immediately, arousing suspicion and developing into a psychotic mixture of conflicting emotions bordering on eroticism and violence.

Francis is so homophobic that he beats up Tom, then wears his brother’s cologne and tells his guest about his own fear of being a 30-year-old man who still lives at home with his mother while he takes Tom in his arms to dance a tango. Agathe is fragile and suppressed, but Francis really sends chills down the spine. Handsome and sensual, his hidden eroticism finds a willing victim in the vulnerable Tom, but when he tries to run away, Francis smashes up his car. Eventually things come to a spine-tingling finale when Francis forces Tom to convince a friend in town to make the trip to the farm, pretending she’s Guillaume’s long-suffering girlfriend. The lie has hair-raising consequences.

Following an arc of dread that builds to a breathy climax, Mr. Dolan continues his usual theme of how people test their love and hatred for themselves and each other while he keeps your heart racing. His acting is as self-assured as his direction, but his screenplay is annoyingly truncated, as though whole scenes have been edited with pinking shears. Still, enhanced by beautiful cinematography that captures the rain and chill of creaking farmhouse floors, the crackle of dead cornfields and the mud and dung of the animal stalls, Tom at the Farm draws you into the dark shadows of Stockholm syndrome with a creepy vengeance that I find hard to forget. 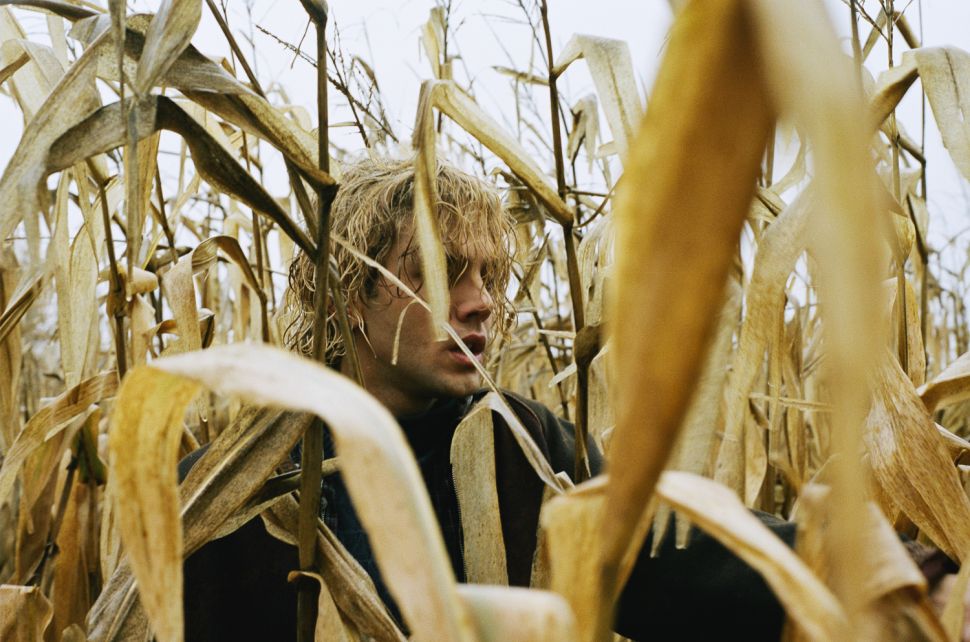