In a case of interest to New Jersey, the U.S. Court of Appeals for the District of Columbia on July 7, 2015 rejected a challenge to a 75-year-ban on campaign contributions by federal government contractors.

In Wagner vs. Federal Election Commission (FEC), the D.C. Court upheld the law on the basis of the governmental interest of protecting against “quid pro quo” corruption as well as the appearance of corruption.

It took into account the importance of making sure that campaign contributions by contractors do not interfere “with merit-based public administration.”

Wendy Wagner, a law professor at the University of Texas, along with two former U.S. Agency for International Development employees, maintained that the federal Pay-to-Play ban violated their First and Fourteenth Amendment rights of free speech and equal protection, respectively.

The decision involves a 1940 statute that prohibits contributions to federal candidates and political parties by public contractors. The ruling did not address whether the ban should apply to political action committees (PACs), including Super PACs.

The Wagner case could impact New Jersey’s Pay-to-Play law, in one of two ways.

First, if the U.S. Supreme Court does not take up the case, then any challenge to the constitutionality of New Jersey’s Pay-to-Play law would be moot.

Conversely, if the Court hears the case on appeal, then the constitutionality of the State’s law remains unsettled, pending a final ruling.

New Jersey’s law, the intent of which is to eliminate “quid pro quo” corruption and even the appearance of corruption, differs from the federal statute in one significant respect.

While the federal law places an outright ban on contractor donations, New Jersey’s Pay-to-Play law restricts contributions by public contractors to $300 or less.

It does not ban contributions. And this is critical because if the law were to be found unconstitutional on First Amendment grounds it would be on the basis of an outright ban on contributions not on a separate contribution limit.

Nevertheless, whether or not the U.S. Supreme Court hears Wagner on appeal it would make sense for the Legislature to reform the state law to both insulate the Pay-to-Play law from constitutional challenge and to strengthen it.

As a first step, the contribution limit that applies to public contractors in New Jersey should be increased to no more than $1,000.

This reform would further protect the law from a First Amendment challenge, wherein it could be argued that the current $300 limit is unreasonably low.

The $1,000 limit is still less than half of the $2,600 limit on individual contributions and would withstand any reasonableness test.

Besides adding protection against a First Amendment challenge, the Legislature could take other steps to strengthen New Jersey’s pay-to-play law.

For example, the Election Law Enforcement Commission has proposed that one state Pay-to-Play law apply across the board, local and state, and that the “Fair and Open” loophole, which allows local entities to opt out of Pay-to-Play, be eliminated.

Further, the Commission has proposed that disclosure be enhanced by requiring all public contracts worth $17,500 or more to be disclosed. Currently, the law requires annual disclosure when a contractor receives $50,000 or more in contracts statewide.

Beyond the commonsense proposals made by the Commission, one other reform could be added. Political parties should be exempt from Pay-to-Play while special interest PACs should be included in the law.

This reform, in addition to requiring disclosure by independent, outside groups, would strengthen the more highly regulated parties relative to the more loosely regulated independent groups and PACs.

Recent analyses has demonstrated that contractor contributions to PACs and independent groups is increasing at the expense of candidates and parties.

It is uncertain as to whether or not the U.S. Supreme Court will take up the Wagner case.

An 11-member D.C. Court of Appeals unanimously determined that the federal law is constitutional. This fact argues against the Supreme Court granting certiorari, thereby allowing an appeal.

On the other hand, the Court does like First Amendment cases. It is possible the case may be taken on appeal.

Either way, it is important for the Legislature to address Pay-to-Play reform, thus further protecting the law from challenge while at the same time strengthening it. 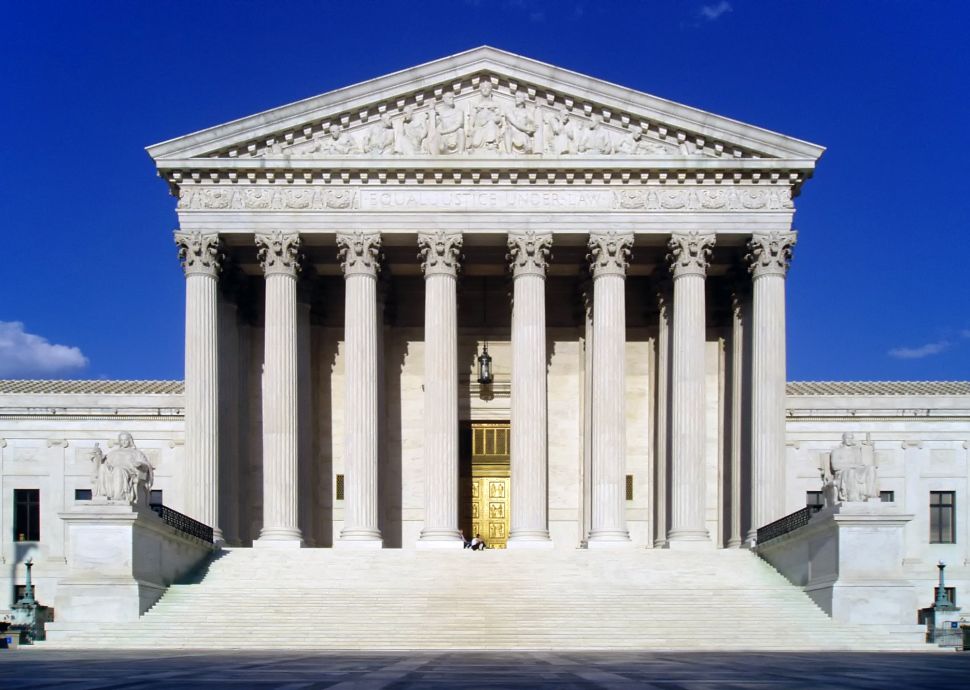