The Financial Times shocked people inside and outside the newsroom last week when the Japanese media company Nikkei announced it had bought the 127-year-old distinguished salmon-colored broadsheet for a whopping $1.3 billion.

“He’s a superstar online, yet you may never have heard of him. Over cocktails at a New York strip club, he explains why big brands want to cash in on his style of profane humor—and why he’d ‘like to get dirty rich’,” the story’s subhead explained.

Comments ranged from befuddled to guarded admiration for a guy who managed to get rich by posting ridiculous pictures on the Internet. Some saw the inclusion of such vulgarity in the august publication as evidence of the paper’s possibly more millennial-focused future while others were fascinated by the glimpse into the brave new world of social media stardom.

Some of our favourites:

Recent  ‘Lunch’ columns have featured such socially relevant , accomplished, and interesting people as Sheikha Moza, Pavel Durov, Thomas Piketty, James Gorman,  Ray  Kurzweil, and Sang-Hyun Song, to name just a recent few.  How does this trashy vulgarity merit inclusion in their company,  or in this column?    The FT owes its readers a profound apology for atrociously bad taste,  at a minimum.  ‘A new future for the FT, without fear or favour’ – is this the first of it? Deeply troubling.

A bad case of adolescent rebellion. The Instagram photo of the sandwich is clearly an attack on the nutritionist mother. Such a downmarket interview only a few days after the FT has been purchased by Nikkei. It didn’t take long for the FT to become a Murdoch tabloid.

Before there were the ages of man. Nowadays we enter adolescence, get stuck there and don’t come out until we’re inside the big box.  No wonder it’s the values and viewpoints of adolescence that are now the prevailing social consensus and between us we’re creating the kind of world that we deserve to live in – the adolescent’s bedroom type.

This reads like a desperate attempt to appeal to younger readers. I can live with the expletives but why no editing of the  disgusting comment about a certain hair length? FT doesn’t need to stoop so low.

But no matter how perturbed the commenters were, you have to hand it to them: they were most courteous and respectful. 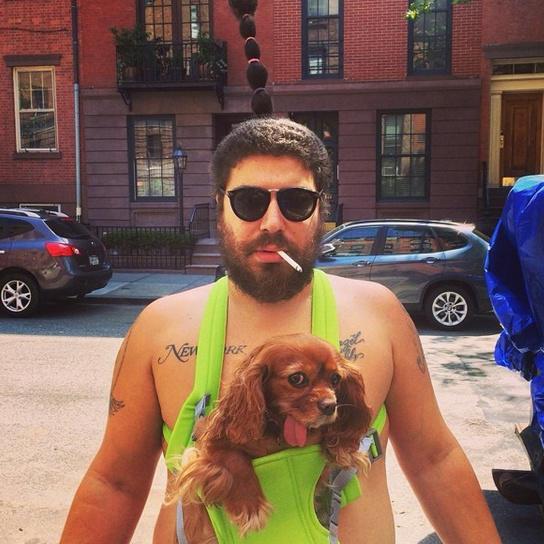