JERSEY CITY – Last year, Jersey City Police Officer Melvin V. Santiago was killed while responding to a call in the city’s West District. He was shot while in his patrol car in the early morning of July 13, 2014.

Today, on the first anniversary of his death, hundreds of officers and Santiago’s friends and family joined Jersey City Mayor Steven Fulop as the mayor dedicated the city’s new West District police station in the 23-year-old detective’s name.

Fulop also said that the building, located at 1 Jackson Avenue, is not only a dedication to Santiago, but to all men and women who risk their lives working as police officers.

Santiago’s mother, Cathy McBride, joined Fulop in the unveiling of the building’s plaque.

“I am so proud of him,” McBride said of Santiago. “The compassion and support everyone has shown my family over the past year has been overwhelming.”

The new station is the first to be built in Jersey City in 36 years, according to Chief of Police Philip Zacche, who also spoke at the event. It comes as part of Fulop’s increased public safety priority. Since Fulop took office in 2013, Jersey City has added 122 new police officers to the force, with 17 more set to graduate from the police academy in October. More than 150 officers will be housed in the new, state-of-the-art facility.

“I hope this building brings us some peace, some closure and some hope for the future,” Zacche said. “I am trying not to hold back tears.” 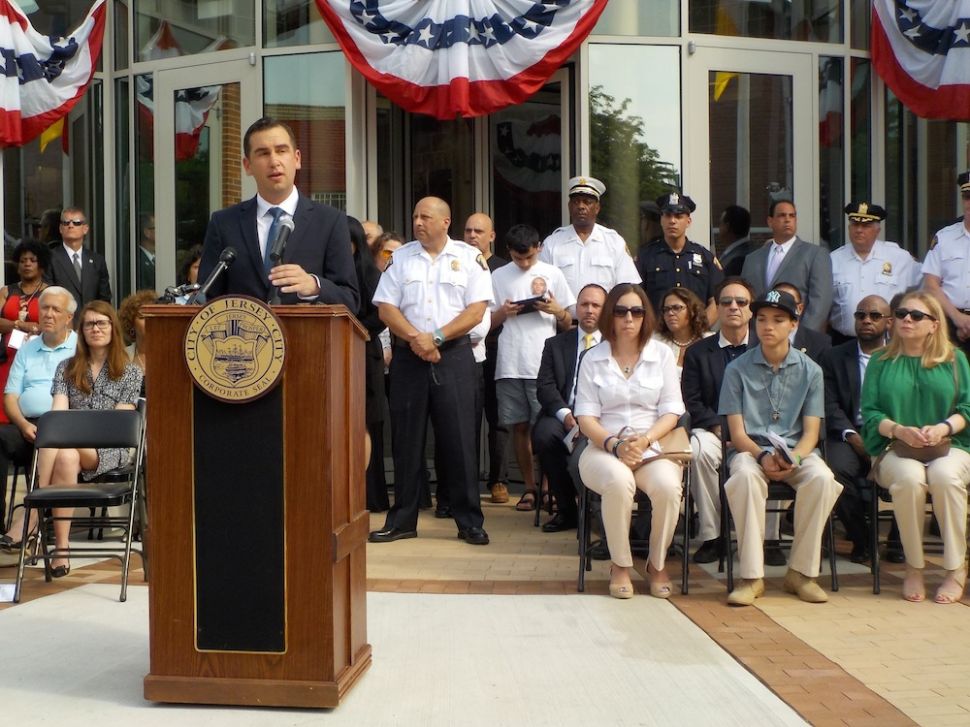