The media exec is the brother of a former high-ranking Obama administration official. According to the story, he was prepared to meet the male escort in Chicago and pay $2,500 for the encounter. He paid half that, but then canceled the encounter when the escort figured out the media exec’s identity and tried to get him to use his brother’s influence to resolve some sort of housing dispute.

The media executive backed out of the encounter, so the two never actually met in person. When contacted by Gawker, the media exec denied the story and called it a “shakedown.”

The post, which was published last night as Gawker founder Nick Denton hosted a party at his apartment to celebrate the delay in the Hulk Hogan trial, was met with swift criticism online. Prominent media figures tweeted their disapproval for what many contend was the outing of a private person.

I'm a fan of Gawker & several of its journalists, but that article is reprehensible beyond belief: it's deranged to publish that.

An appalling act of gay shaming disguised as a story — thought we were way past this crap #ughnick: http://t.co/qkTvS6dOxz

That piece is just sick, mean and creepy. I just don't understand why'd they publish.

I think I just read a blog post that ruined a guy's life for no good reason and I don't feel great about it.

Been a long time since I've seen such universal media revulsion for a media company's editorial decision: @jordansarge

.@Gawker's David Geithner story more evidence that kids are in charge and @nicknotned gone or stoned. Where is the public interest here?????

1. One interesting thing about the Gawker debacle is that it's uniting people from all across the political & cultural spectrum.

So let’s hear your defense of outing Geithner and potentially ruining his life, @jordansarge

Everyone relax about Gawker. Hulk Hogan will own it soon and it will become the number one web destination for energy drinks and cuckolding.

Is it too late to express outrage over the Gawker thing?

This widespread criticism of Gawker comes as the company was enjoying goodwill as defenders of the First Amendment for the Hulk Hogan court case, in which the wrestler sued Gawker for publishing a sex tape.

There were a few people who tweeted their support for the story, but those were mostly people who work at Gawker.

“Given the chance gawker will always report on married c-suite executives of major media companies f**cking around on their wives,” Gawker editor in chief Max Read tweeted last night.

I'm EXTREMELY suspicious of those who do not want press to have an antagonistic relationship to people in power.

Stories don't need an upside. Not everyone has to feel good about the truth. If it's true, you publish. 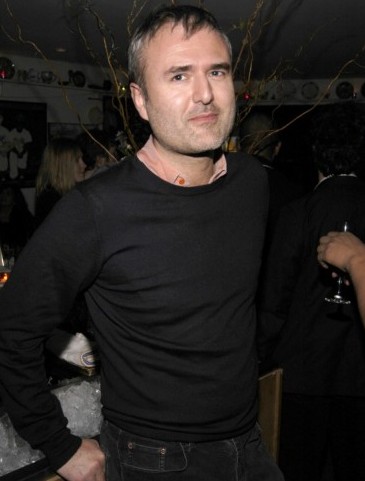