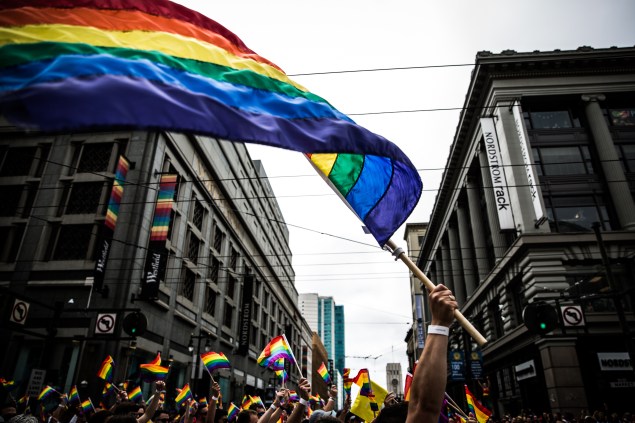 This past week’s decision by the Supreme Court has triggered deep division in our nation. Some were jubilant in celebration over new rights granted to friends and family while others openly lamented the Court’s ruling and departure from the traditional definition of marriage.

My own reaction was complicated because I can empathize with each community. On the one hand, I am an Orthodox rabbi. The Bible is not vague with regard to homosexuality – it stands in contravention to the divine will. I understand the position of my orthodox Jewish colleagues and Christian brothers who are pained to see the Court rule in a way that negates time-honored belief. As an orthodox Rabbi and Torah-observant Jew I could never come out and unconditionally support gay marriage.

On the other hand, I believe both in the separation of Church and State as well as the equality of all of God’s children. I have seen way too much homophobia in my life not to welcome a decision that affords gay men and women equal rights. I am incredibly proud of the State of Israel, in contrast to all other Middle East countries especially the barbaric government of Iran, for the dignity and equality it accords its gay citizens.

Very simply, when it comes to government, I believe in civil unions for all and marriage for none.

For this reason, after the Supreme Court’s decision came out, I issued a statement arguing the decision was “welcome.” Many misread this as an endorsement of gay marriage. In reality, as I said in the statement, I don’t favor states recognizing any marriage. Marriage should be an exclusively religious institution and secular states should only be in the business of civil unions. Very simply, when it comes to government, I believe in civil unions for all and marriage for none.

I have long advocated this position and it elegantly allows for the coexistence of both beliefs: that governments should not be upending traditional, religious marriage and that governments should be treating all people as equals, according both straight and gay couples the same rights. Gay and straight men and women should be allowed to contract with a partner and earn the civil benefits that accrue in civil unions. If, in addition, they wish to be married, let them go to their Rabbi, Priest, or Imam.

But even as the court embraced a different solution and legalized gay marriage, I viewed the Court’s decision as an opportunity to move past our national preoccupation with gay marriage to the exclusion of the glaring crisis confronting marriage in general. How can we be in hysterics over gay marriage when nearly 50 percent of straight marriages end in divorce? Do we straight people have any credibility in our argument that gay unions will destroy marriage and the family when one in two of our own marriages falls to pieces?

There are so many other values issues confronting America that have been neglected due to our obsession with gay marriage, from increasing materialism among the population, to teenage narcissism, meaninglessness, and depression, to growing male disrespect for women, evidenced in the unbelievable one-in-five campus rape statistic.

So why have we, the religious, focused so exclusively on homosexuality as the foremost challenge to the future of our civilization?

Some justify this obsession by citing the Bible’s use of the word “abomination” to describe homosexuality, a practice which they consider deeply immoral. But the truth is that the Hebrew Bible uses the word “abomination” more than 100 times, including for bringing a blemished sacrifice on God’s altar and eating shellfish. So why have we established homosexuality as as the red line whose crossing implies complete social decay?

Then, there is the issue of morality. Yes, God gave Ten Commandments but notice they were split into two blocks of stone. One is for religious law and connotes laws that govern the relationship between God and man. Hence, in the first group are laws like the commandment to believe in God and the prohibition of worshipping idols or blaspheming. The second group captures moral law, laws that govern the relationship between man and his fellow man, like do not steal or commit adultery. These are laws that safeguard the rights of human beings and adjure individuals to respect one another and refrain infringing on each other’s rights or acting deceptively, as in adultery.

No law or Court ruling will change my view on the immutability of the Torah. But I can understand the dignity and equal rights that gay men and woman seek.

Homosexuality is firmly a religious, rather than a moral prohibition. It is akin to the laws of not desecrating the Sabbath or eating non-kosher food. Someone who eats a cheeseburger at McDonald’s, mixing milk and meat, is not immoral. They are contravening a Biblical commandment.

What I sense in my friends who see the Court’s decision as an unconscionable travesty is a misunderstanding of this distinction between moral law versus religious law. Prohibition against homosexuality is a religious law, much in the same way lighting a match on the Sabbath is a violation of the divine will.

While I may insist on societal adherence with moral laws as part of a broader social compact that binds us together, I cannot reasonably expect to impose my religious beliefs upon others, and certainly not in America, a nation built on religious freedom.

I realize that gay marriage is in a somewhat different category, involving as it does the question of social institutions upon which the world has long relied upon for stability. But what is better? To encourage gay men and women to be in enduring relationships based on fidelity and faithfulness or eternal singlehood bereft of commitment?

As an Orthodox rabbi, I cannot sanction gay marriage. I am not the author of the Torah and am therefore not at liberty to change its prescriptions or prohibitions. No law or Court ruling will change my view on the immutability of the Torah. But I can understand the dignity and equal rights that gay men and woman seek. I can understand the desire for a partner to have their name printed on a death certificate – the right sought by Obergefell, the lead plaintiff in the Supreme Court case – which is the same simple dignity and recognition granted to those in traditional marriage.

For those who might call themselves “culture warriors” and want to fight for traditional marriage, I call on you to look inward and begin your fight on a new front: combatting the ridiculously high fifty percent divorce rate. Fight to keep families whole. Fight to prevent the dislocation of children and the pain of seeing parents fight in court. Fight to end the shameful epidemic of heterosexual marital decline that impacts half of new marriages today. That is where the battle ahead lies, and it is one that impacts us all.

For all those who are predicting that the legalization of gay marriage is the end of Western civilization and the traditional family, let’s face facts. Divorce and the easy culture of recreational sex, which makes a mockery of intimacy and commitment, poses a far greater threat to the future of the family than gay marriage. One affects about 5-7% of the population while the other affects far higher numbers.

It’s not gay marriage but heterosexual divorce that threatens a real end-of-days scenario for the American family.

Shmuley Boteach, “America’s Rabbi,” whom the Washington Post calls “the most famous Rabbi in America,” is founder of The World Values Network and is the international best-selling author of 30 books, including Kosher Sex and Kosher Lust. Follow him on Twitter @RabbiShmuley. 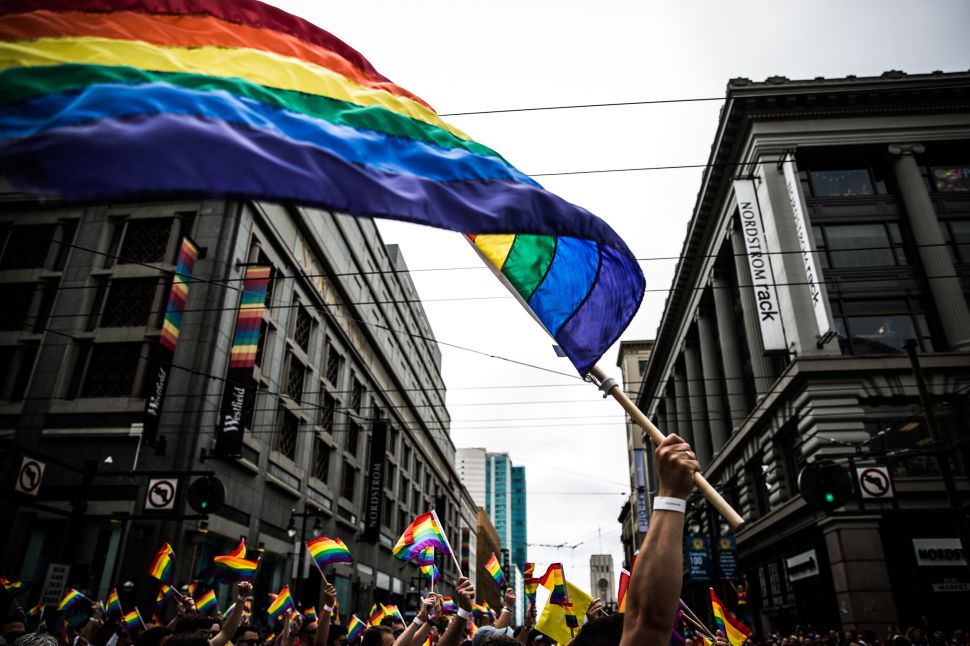