After years of booming success, the contemporary art market is beginning to show the first cracks in its blindingly shiny facade. The summer auctions were tepid at best, and galleries both venerable (Wallspace) and unproven (RH Contemporary) are closing and contracting, respectively, with rumors of more gallery closings swirling.

So if you’re a neophyte art dealer, is this where you begin to freak out? Is that “bubble” that all those old-timers talk about actually going to pop soon?

Worry not, says one man. Magnus Resch, a German academic and entrepreneur, claims to have all the answers to the art world’s woes, and in a few weeks, his answers can be yours for just under $25, thanks to the english release of his new book soberly titled Management of Art Galleries.

The 31-year-old is a professor at the University of St. Gallen, an art advisor and now, an author. And before you scoff at him (like I did), you may want to check out Mr. Resch’s exclusive data.

Last year, the London School of Economics grad shot an anonymous survey to 8,000 galleries in Germany, London and the U.S.—all totally different economies, but whatever. Over 16 percent (or about 1,300 gallery-types) took the time to respond with information about their revenue, number of employees, and location, according to Bloomberg News.

The results are shocking. Apparently a lot of galleries are claiming to be “killing it” when actually, they’re not.

It sounds like 30 percent of respondents actually lost money (selling something with no intrinsic value? How can this be?) and the average profit margin for this sad little group was a slim 6.5 percent.

This is the bad news. But the good news is that this economic mastermind isn’t going to let you twist in the wind of your own foolishness. Dr. Resch has a prescription (no, not more cowbell) and it’s a mix of “duh” and insightful wake-up calls. In fact, he has located at least four major obstacles to gallery profitability.

His first observation—that rents are too high in Manhattan, London, and German cities like Frankfurt—is not exactly news to anyone even remotely interested in art, but past there his points get a bit more interesting.

The claim that seems to be universally raising eyebrows is that artists make too much money for the system to work. Mr. Resch estimates that in order to succeed, the distribution percentile should be closer to a 70/30 split in favor of the gallery. Saying that artists should actually be poorer is outside-the-box thinking, but this is a proposition that probably doesn’t have legs.

On the other hand, Mr. Resch’s suggestion that gallery employees make too little seems to make some sense. The art world is a field that sees more and more turnover each year, and dealers absolutely have to compete with other industries for the more educated workers, says Mr. Resch.

His final point seems obvious enough, but few succeed in making headway in this area: galleries must find a unique thing to sell. This is tricky business, since many collectors like to play “follow the leader” with their purchases, but everyone knows that if you can corner the market on something that becomes desirable, you can do quite well.

There is also a cadre of more subjective points in this book, which could be worth spending a bit of your meager earnings on, but ultimately I think that Mr. Resch’s data highlights the fact that the “art business,” even in an unprecedented art market, is simply not a business in the standard sense. Which isn’t to say that a few pointers could hurt, right? 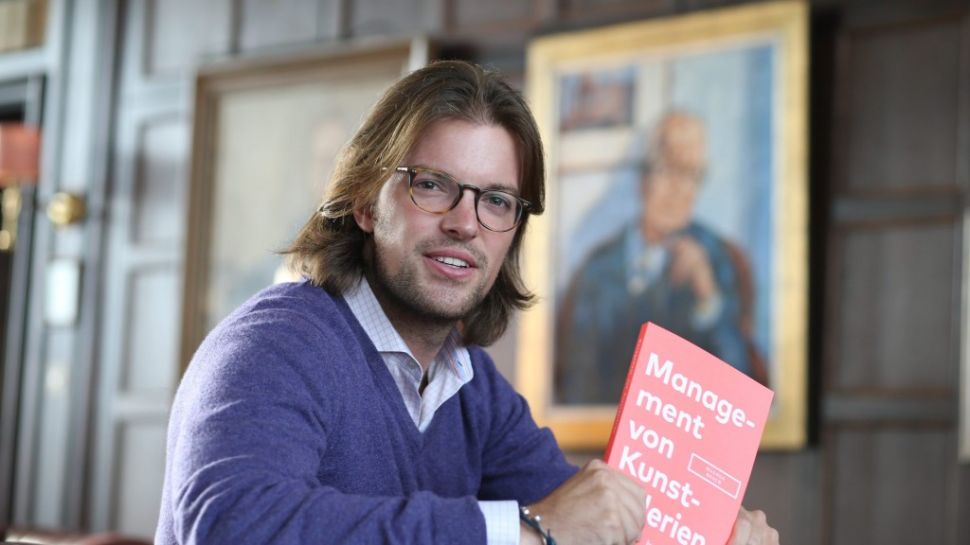