A group of German artists on exhibit at this year’s Venice Biennale have raised a Greek flag with the word “Germoney” scrawled across it above the show’s German pavilion—a show of solidarity with Greece and a strong stance against Germany’s imposition of austerity on the indebted country.

The protest comes on the heels of a $100 billion bailout agreement for Greece, which stipulates steep cuts in benefits and state assets and significantly higher taxes, as reported.

The protesting artists, whose work is on display at the German pavilion for the 56th annual Biennale, include Jasmina Metwaly, Olaf Nicolai, Philip Rizk, Hito Steyerl and Tobias Zielony, according to a post on Ms. Steyerl’s Facebook page.

We show our solidarity with the people in Greece and all other places suffering from austerity. As cultural workers and artists we demand an end to austerity for health, culture and education while public funding for banks and oligarchs seems unlimited.

The Venice Bienniale titled “All the World’s Futures,” was organized by renowned curator Okwui Enwezor and this protest fits right into his exhibition’s theme: art as a regional, political act.

Mr. Enwezor described the show thusly: “The principal question the exhibition will pose is this: How can artists, thinkers, writers, composers, choreographers, singers, and musicians, through images, objects, words, movement, actions, lyrics, sound bring together publics in acts of looking, listening, responding, engaging, speaking in order to make sense of the current upheaval?” 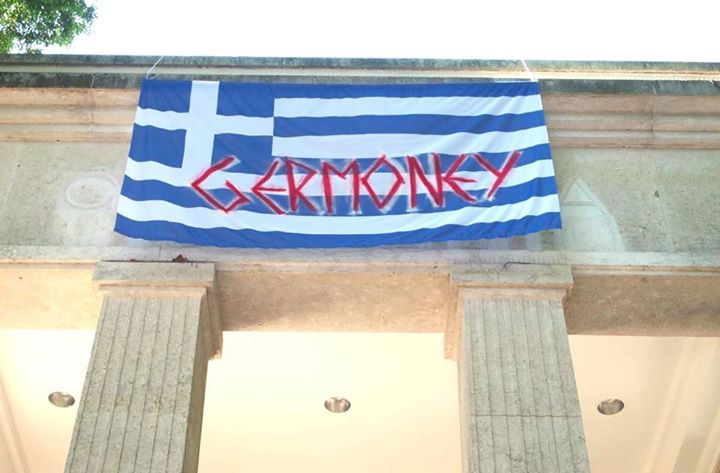