Scott Walker and Jeb Bush, who have a realistic chance of being their Party’s nominee, and indeed even President in January 2017, recently got into a little-covered contretemps. The subject of the dispute was Mr. Walker’s claim that if he were President he would cancel the new agreement with Iran on Inauguration Day, while Mr. Bush indicated that it would probably be more prudent, to borrow one of his father’s favorite words, to wait until his cabinet was confirmed and he was more settled into the Presidency. This argument was reminiscent of previous campaigns when candidates focused more on the relative qualifications and preparedness of each other rather than trying to simply position themselves to win support from their Party’s most extreme supporters.

On the substance, Mr. Bush is, of course, right. Unless Iran were actively trying to attack Israel on Inauguration Day, there would be little to benefit from making such a major and administration defining move on his first day in office. Mr. Bush’s comments that “At 12:01 on January, whatever it is, 19th [2017], I will not probably have a confirmed secretary of state; I will not have a confirmed national security team in place; I will not have consulted with our allies. I will not have had the intelligence briefings to have made a decision. If you’re running for president, I think it’s important to be mature and thoughtful about this,” reflect a stronger knowledge than of Mr. Walker of how the presidency works.

Given that his brother and father have occupied that position, Bush’s familiarity with the job should surprise nobody. It is, however, a reminder to general election swing voters that Mr. Bush has a better understanding of the job, and would probably be more able to function as President from the beginning of his term than any opponents. More significantly, it signals to the Republican establishment and opinion leaders, to the extent they exist anymore, that Mr. Bush is less likely to make rookie mistakes against a very seasoned Hillary Clinton.

While this disagreement between Mr. Bush and Mr. Walker is reminiscent of actual campaign debate, it is also a bit like arguing over the dimensions of a unicorn cage as, if the deal is approved, it will almost certainly remain in effect well into the next Republican President’s term in office, and beyond. Most Presidents who do not come to the office after decades in Washington quickly see their foreign policy campaign promises fall victim to the extremely narrow bandwidth in which foreign policy in Washington occurs. This happened to President Obama as his promises to end wars and draw down conflicts ran into the realities of American commitments overseas and complex relationships all over the world. Mr. Walker and Mr. Bush’s promises to tear up the Iran agreement will encounter similar obstacles from the foreign policy establishment.

Although, many conservatives still oppose the Iran deal, it is winning acceptance throughout the foreign policy establishment. The first sign of this was the speed with which Hillary Clinton embraced the agreement. Although Ms. Clinton was part of the Obama administration when the discussions began, she could have distanced herself from the deal. She has not been reluctant to be critical of other aspects of President Obama’s foreign policy since she finished her service as his Secretary of State. Ms. Clinton is smart and experienced on foreign policy, but she is not a risk taker. She would not have embraced the deal if the rest of the foreign policy establishment was moving away from it. The second sign that the Iran agreement has strong acceptance among the foreign policy establishment was a statement signed by 60 permanent government types from both parties supporting the deal. Together, these signs show that the Iran deal, while sure to encounter obstacles in congress, represents the future of U.S.-Iran relations.

If either Mr. Bush or Mr. Walker should win election, sometime during the transition period a senior Republican diplomat or foreign policy expert will explain to them that the Iran deal is now broadly accepted internationally and that canceling the treaty is simply not an option. If, the Iran deal is effectively blocked by congress, that same diplomat or foreign policy expert will explain that the U.S. should not attack Iran unless Iran does something dramatic and different. In either case the incoming President will hear this advice and begin to learn how few options really exist most of the time for most Presidents.

On balance the words exchanged between Mr. Walker and Mr. Bush are a good sign, suggesting that the primary is perhaps moving towards the next step when those candidates with a realistic chance of becoming President begin to engage directly with each other, and where the other fringe candidates are pushed to the sidelines. 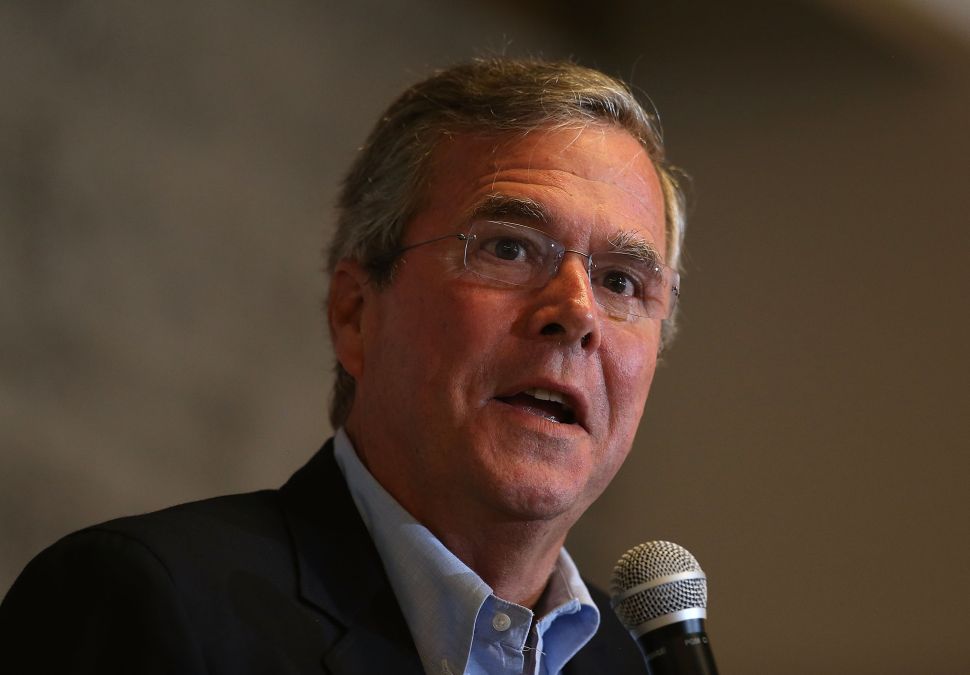