The Google Voice feature that transcribes voicemails has always aimed to be handy, but when the text turns up unintelligible, completely missing the caller’s point, it’s only frustrating.

Finally, the overabundance of errors may be gone for good. Google announced they’ve used machine learning to cut transcription errors by 49 percent.

“We asked users if they would kindly share some of their voicemails for research and system improvements,” Zander Danko, Google software engineer, wrote on the company’s blog yesterday. “Thanks to those who participated, we are happy to announce an improved voicemail system in Google Voice and Project Fi that delivers more accurate transcriptions.”

The improved voicemail system was developed using a long short-term memory deep recurrent neural network and is now operating. Current Google Voice users don’t need to do anything to start receiving the improved transcriptions—the service is updated across the platform.

The announcement follows a recent conversation the Observer had with Google’s Jason Freidenfelds about the company’s machine learning research. We talked about the current state of natural language understanding, search, image captioning and more. We also discussed speech recognition, and at the time of our conversation (a few weeks back now) the company had eliminated speech-to-text errors by 25 percent. The additional improvements announced yesterday speak to Google’s continuous research strides on the machine learning front.

It’s easy to make the case that Google is at the forefront of artificial intelligence research. Their Neural Turing Machine can essentially program itself, and they’ve acquired DeepMind Technologies, a lab that has repeatedly made headlines for their AI advancements. One of DeepMind’s computers even taught itself to completely dominate classic Atari games.

Next, the company is working to improve natural language understanding. Although, in some sense, language feels like it was the first thing that technology can handle and understand (think text searches), it’s actually one of the biggest challenges computer scientists have been facing. 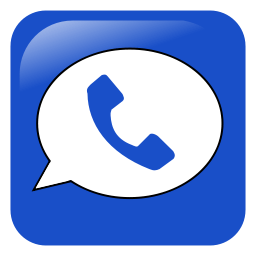