Gov. Andrew Cuomo today applauded his wage board’s ruling that fast food industry workers should receive $15 an hour for their labor—and shrugged off claims from business groups that the new pay floor will result in layoffs.

Speaking to reporters before addressing an audience of activists assembled outside the wage board meeting, Mr. Cuomo argued that the fast food chains that will have to step up their compensation rates will not be able to shed jobs without decreasing service. Corporate locations and franchises will have to begin paying $10.50 in the city by December 31, and increase it by $1.50 each year until it hits $15 in 2018.

“You know, always, that’s the threat of business: ‘if you make me raise the wage, I’ll reduce workers. But, you know, McDonald’s and Burger King, these companies—you have to have someone on the other side of the counter, right? So I think that’s just an idle threat,” he said.

Several media outlets published editorials arguing that a wage increase would only result in fewer hires and whittled back hours, and accused Mr. Cuomo of “stacking the deck” by only appointing members to the wage board that would support a hike when he impaneled it in May.

McDonald’s has replaced cashiers at some of its European locations with self-order kiosks, and has announced its intentions to order more of the touch-screen platforms. It has yet to take substantial steps toward automating food preparation or maintenance work.

None of this appeared to be on Mr. Cuomo’s mind as he addressed the cheering crowd in Lower Manhattan this afternoon.

“This isn’t really about wage boards, and hearings, and hearing officials. This about something more important and more fundamental and more profound. This is really about who we are as New Yorkers and what we believe,” he said, vowing to push a minimum wage hike for all industries through the State Legislature next year. “And what we believe in New York is that there should be opportunity for all.”

New York will be the first state to institute a $15 minimum wage for a specific industry, and the wage board’s recommendations now require only the approval of state Department of Labor Commissioner Mario Musolino—another Cuomo appointee. 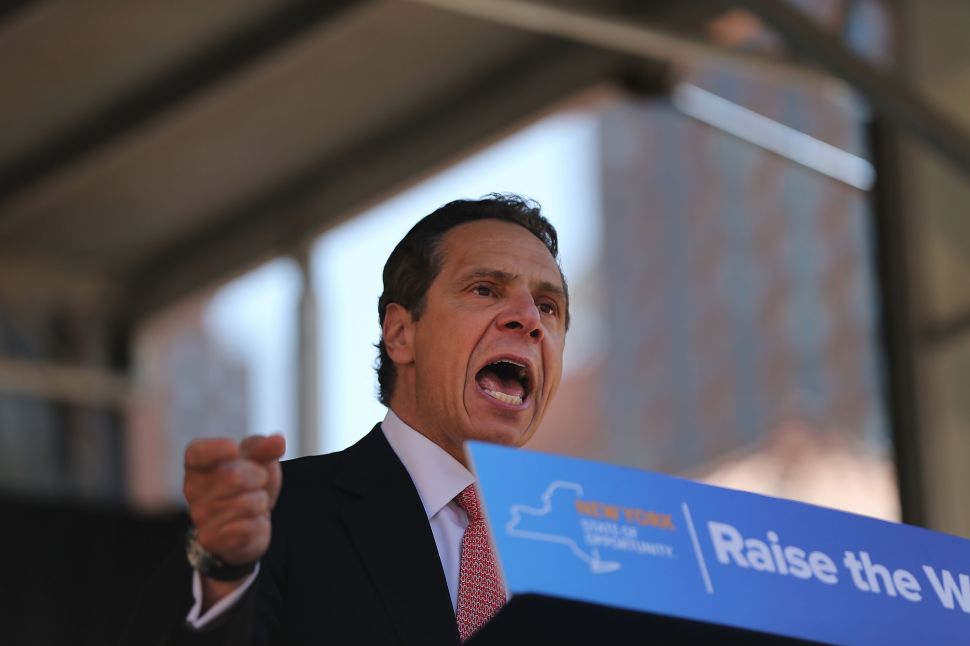