“On the High Line, it’s about nurturing—almost wanting to hug the High Line with the building,” cooed Danish-born architect Thomas Juul-Hansen when we spoke with him on the phone last week about 505 W. 19th Street, the first building in New York that he designed both inside and out. The condo, on the corner of 19th and Tenth Avenue, is now nearing completion, as evidenced by the opening of the model unit, a 3,000-square-foot three bedroom that the Observer has the first exclusive photos of.

The 35-unit condo is made up of two separate buildings that flank the High Line to the east and west. Attached by a shared lobby that has a glass ceiling showcasing the bottom of the High Line, the HFZ Capital development features one, two, three, and four-bedroom apartments, including duplexes and penthouses, as well as a townhouse with a 40-foot lap pool that has already sold for $11.7 million. The building is 70 percent sold, making the model unit almost redundant. (It was, nonetheless, very nice to take in on the afternoon we visited.)

“In New York, no one really trusts you to do something unless you’ve done it before,” Mr. Juul-Hansen said, though the Harvard-educated architect is far from a novice. He has designed interiors for Jean-Georges Vongerichten restaurants, the private residences of Damon Dash and Michael Hirtenstein and, of course, the interiors at One57.

None, however, that allowed for a fully integrated architectural vision. In controlling both the exterior and interior aspects of 505 W. 19th, Mr. Juul-Hansen said that he was able to understand the implications of the designs for each, unlike other projects in which the outside architect might make design decisions that don’t consider the implications for the interior, and vice versa.

Of course, it’s hard for any building to stand out on the High Line—which has become something of a starchitect’s playground in recent years. But Mr. Juul-Hansen said that what he believes differentiates 505 W. 19th is its embrace of the High Line and the architectural context of the site—a contrast, he said, to many other new developments that work against the elevated park, putting up trees to block nearby buildings or people walking on the High Line.

His building, he emphasized, “is about integrating, merging the energy of the people on the High Line with the people in the units.”

“The energy flows into the apartment and helps transform the interior of the unit,” he continued, a process that he said was evident in the lobby’s glass ceiling, which will be lit at night to illuminate the structure.

And who will the buyers be? Mr. Juul-Hansen offered, vaguely, that he anticipated people who were “fairly open-minded.” He added that the building has a lot of empty nesters who are returning to the city, and selecting this building because of the restaurants, art, and culture in the neighborhood.

And lest not all would-be buyers wish to see and be seen by High Line passerby, higher floor units offer a bit more privacy. For some people, after all, a comfortable distance is by far preferable to a warm embrace. 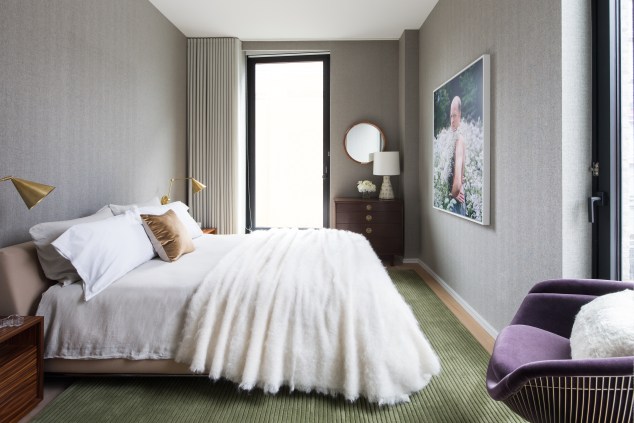 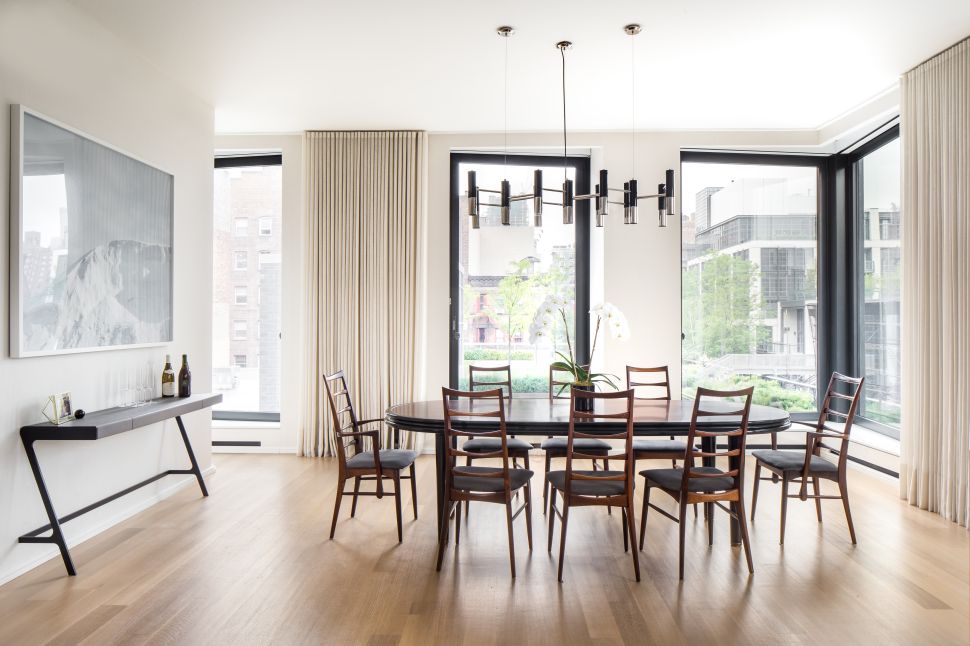