Before getting to a speech on the economy today, former Secretary of State Hillary Clinton took a brief moment to allege “inaccuracies” in reporting today about criminal inquiries being sought into her use of a personal e-mail address at the State Department.

“There have been a lot of inaccuracies,” Ms. Clinton said at New York University this afternoon.

Ms. Clinton continues to face scrutiny over emails she sent from a personal address while she was Secretary of State, with the New York Times reporting last night two inspector generals had requested a criminal investigation into the emails. Today, the Wall Street Journal reported that the inspectors found at least four emails from the personal address that contained information deemed “secret,” and which was classified, at the time they were sent.

Ms. Clinton’s campaign has insisted the reports of a criminal inquiry are false and has called on the Times to issue a correction. And Congressman Elijah Cummings, ranking Democrat on the House Select Committee on Benghazi, shot down the story this morning, and Ms. Clinton made reference to his rebuttal today.

“Maybe the heat is getting to everyone,” Ms. Clinton said today.

She went on promise transparency, saying she would continue to release e-mails (though critics note many have been deleted).

“I have said repeatedly that I will answer questions before the House Committee,” Ms. Clinton said. “We are all accountable to the American people to get the facts right, and I will do my part. But I’m aso going to stay focused on the issues, parituclarly the big issues that matter to American families.” 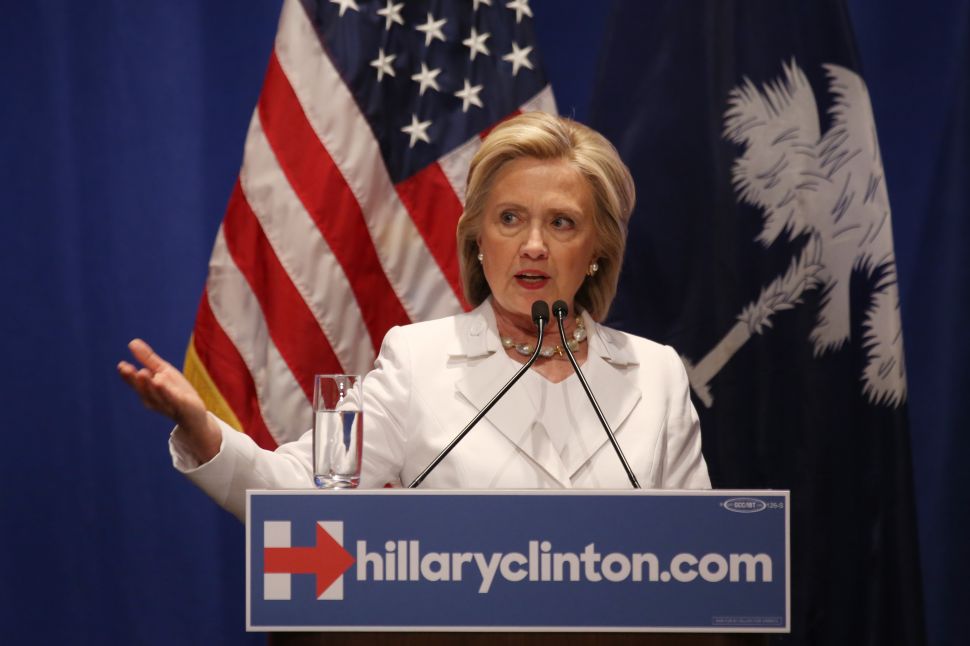