Mad Men, surprisingly enough, taught me how to read. I’d always been a voracious reader, my parents stacked piles upon piles of books around me as a child, and read to me every night before bed. Their exposure tactics worked. From the ages of four to twelve, I wouldn’t dare leave the house without a book. I relished science fiction and period pieces, and one ill–fated international flight was doomed by my insistence that the first four Harry Potter books accompany me. My back was sore, my eyes strained by dim plane lights, but I’ll be damned if I missed Harry evading yet another catastrophe. My morning ritual consisted of brushing my teeth and washing my face while reading a book precariously balanced underneath the weight of my standing mirror. Nerdy? Of course. But boy, could I read.

I’m not saying my rapidly deteriorating attention span was all my fault. My friends used Twitter—spitting fragments consisting 140 characters or less onto the web—to communicate. Articles plastered on Facebook were churned out with an industrial consistency that involved fewer paragraphs and more bullet points. But it’s true, I gave up on reading and thinking and analyzing in favor of condensed fluff, easy to consume and move on.

I had a bad case of second screen syndrome: I could watch perhaps fifteen minutes of a television show before my eyes darted down to my phone. To be fair, I really did need to see Buzzfeed’s list of The Top Ten Cutest Puppies Taking Baths.

But by some stroke of good fortune, I stumbled across Mad Men on Netflix, and decided to watch an episode. I watched the first three before I gave up. It was nothing like I was used to. It was slow, much slower than anything I’d ever seen. Nothing was happening. Don was handsome and his blonde wife pretty, good for them.

It took me another three tries before I fully committed to the show. Then, I was hooked. By the third time, I had finally realized the brilliance of Mad Men. Nothing is really supposed to happen on the show. It’s not plot based. It’s art. Mad Men accumulates details, thousands and thousands of minute subtleties that amount to a world.

There are no villains or major conflicts on Mad Men—it’s just a series of flawed individuals trying to better themselves. Sometimes they succeed, and sometimes they don’t. And it’s our job to watch them intimately, to probe at the slightest detail and smallest evolutions. It’s our job to root for them and applaud their progress, even if they appear to be tiny, they’re huge victories for people trying so desperately to change.

TV is like a good wine. It needs to sit, it needs to age. Mad Men savored Don Draper’s journey to self–discovery and acceptance; his turbulent route took seven seasons, eleven television years, two wives, and one account man’s severed foot. In a world where everything is broken down by the main idea, I was finally challenged to look at the minor details.

You see, how could I possibly be on my phone when I might miss something crucial? It’s in Peggy’s furrowed brow, in Don’s dead, hardened eyes, and the old fashioned swell of Pete’s voice. It’s the glance Betty shares with Henry the first time they meet, or how Sally’s dark, judgmental eyes say more to Don than her words ever could. Shift my eyes away for a moment, and I might miss Matthew Weiner’s sweeping cinematography that just begs to be looked at.

There is so much uncertainty on television shows. Who knows if it’s going to succeed, have an invested audience and enough time to tell its story. With this uncertainly, it’s no surprise television shows rarely have an end goal: an idea is pitched, and it grows—or falters—from there. Mad Men always knew its ending. Betty’s cancer was teased for seasons, McCann’s looming threat was introduced in season one, and Don’s eventual self discovery was as satisfying as it was appropriate. This is what makes the television show so literary, it follows a path and never gets lost along the way.

Once Mad Men ended, I discovered I could finally see past the big ideas, I could finally look through the mess of simplification. Why is everything so uncluttered, so pared down to only the big picture? I don’t want things reduced, or simplified, or dumbed down. I want to think.

Shortly after Mad Men ended, I decided once more to pick up a book for pleasure. I read every day, for however long I can focus completely without the temptation of my phone or computer. It’s been a long time, and I’m a little rusty, but I’m reading every word. Once I finish, I’ve got my next choice lined up: the Bert Cooper revered Atlas Shrugged. 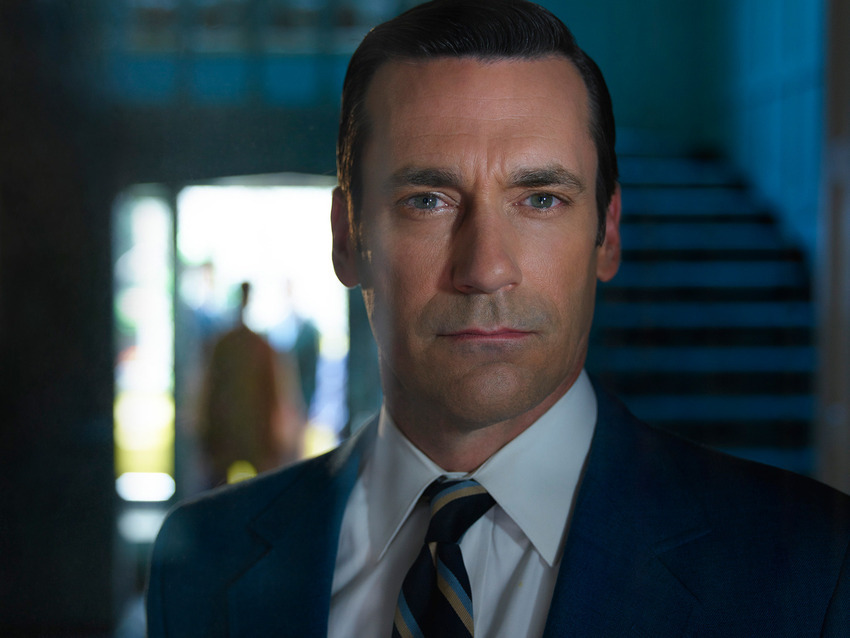