When President Obama shocked the world that the U.S. would normalize diplomatic relations with Cuba on December 17, 2014, I was in Havana with Grammy-award winning pianist Arturo O’Farrill making an album, Cuba: The Conversation Continues. Remarkably, the night before the announcement, Arturo and the Afro Latin Jazz Orchestra performed at the U.S. chief of mission’s residence in Havana. That we were in Cuba during this historic time was a coincidence. But our music-making trip was also symbolic. Musicians have been at the vanguard of normalizing relations between these estranged countries for years.

Red, White, and Blues
The U.S. fought the Cold War, in part, with hot jazz. “We are in competition with [the Soviets] for the opinion of the free world,” stated one U.S. Information Agency document from the period. Wanting to repair America’s image after the Bay of Pigs fiasco, President Kennedy assertively used cultural diplomacy, increasing the number of international tours of American musicians. He believed that these tours could serve as foreign policy instruments that would win the “hearts and minds” of audiences in other countries.

For example, jazz drummer Cozy Cole and his band were dispatched to perform in several African countries in October 1962, around the same time as the Cuban missile crisis. The hope was that his band would portray the U.S. as a beacon of prosperity and modernity. They won over the locals in Marrakech who “tried to hoist…Cole to their shoulders and parade him around.” Over time, the U.S. State Department sent jazz musicians like Louis Armstrong and Dizzy Gillespie as cultural ambassadors to perform around the world, represent America, and win public favor.

Because of the embargo, the U.S. government couldn’t openly sponsor tours to Cuba, so it used covert programs instead. For example, USAID sent a contractor to Cuba to convince a famous rapper to foment unrest and create “youth networks for social change” in 2009. But Cuban officials detained the contractor and censored the rapper’s music (after releasing him from jail).

In spite of the embargo, U.S. and Cuban musicians and individuals have found ways to travel to each other’s country. When travel restrictions lapsed under President Carter, Bruce Lundvall of CBS organized a concert in Havana that featured Billy Joel and Weather Report, who performed for an audience that included Cuban government officials in 1979. Lundvall also brought the Cuban band Irakere to New York for a surprise performance in 1978, and they later won a Grammy. Perhaps the best known example was in 1998 when the Buena Vista Social Club performed at Carnegie Hall, playing songs from their album which sold over five million copies and won a Grammy.

Musicians haven’t shied away from politics during their trips. Cuban singer Carlos Varela visited Washington DC to lobby legislators and White House officials to normalize diplomatic relations in 2009. “Music is not going to move governments,” he explained, “But it might move people. And people can move governments.” Arturo O’Farrill has been traveling to Cuba for over a decade and urges Americans to “Call you Congressman. Tell them to lift the embargo. It hasn’t worked during the last 50 years. We need a different approach…It’s time the politicians catch up with the musicians.”

Trading With the Enemy
With the fall of the Soviet Union in 1989, Cuba experienced a severe crisis. Its GNP fell forty percent, and there was high unemployment, epidemics of diseases, foot shortages, and blackouts. As a result, the government embraced tourism as a growth strategy. It encouraged foreigners (even exiles) to visit. By 1997, tourism generated almost $2 billion in economic activity, a jump of 100 percent over the previous three years.

Increased tourism meant more gigs for musicians. Cuba also saw music as a potentially lucrative export. It established a national agency in 1989 that allowed foreign record companies to purchase and reissue Cuban music abroad, creating a royalty stream for the government. Considering the comparatively cheaper price of labor, the government enticed foreigners to record in Cuba at a top-notch facility like Abdala Studios, which was opened in 1998 and funded partly by the government, and where we recorded Cuba: The Conversation Continues.

The U.S. took note of Cuba’s failing economy and its efforts to boost tourism. In 1988, the U.S. Congress introduced the Berman amendment to the Trading with the Enemy Act, which loosened restrictions on the trade of cultural goods such as recordings, films, and books between the two countries. The amendment enabled U.S. record companies to distribute music more easily in Cuba, as well as obtain Cuban music for foreign distribution. One of the first labels to leverage the new policy was Qbadisc co-founded by Ned Sublette, who wrote the masterpiece Cuba and Its Music. While diplomatic relations were still frosty, musical relations were gradually normalizing though not entirely.

It was only a matter of time until Cuban musicians received invitations to perform abroad for substantial amounts of money. Historically, the Cuban government represented these musicians and took all their earnings. In the early 1990s, the government reduced its cut to between 10 and 50 percent. Also, Cuba which had ceased copyright protection in 1967 moderated its position and joined the Berne Convention on copyright in 1997.

Though Cuban musicians today still encounter difficulties related to recording and touring abroad, they have been at the front lines of normalization—exposing Americans to Cuban culture, and also highlighting the importance of free market practices (like copyright protection) at home. Music has been one avenue in which there has been a freer exchange of ideas (and values) between these two countries.

The Conversation Continues
“If you think politics is powerful, try music,” once said Nelson Mandela. Even though the embargo has separated the U.S. and Cuba for over 50 years, music continues to bring us together.

That’s the mission of Cuba: The Conversation Continues, on which you hear what normalization sounds like—Cuban and American musicians jamming together. We asked composers from both countries to create music that reflects the conversation that arguably began between Dizzy Gillespie and Cuban percussionist Chano Pozo in the 1940s. From the changüí, a musical form that’s from Guantánamo to free jazz that takes cues from American saxophonist Pharoah Sanders, the album renders a wide-ranging and forward-looking aesthetic.

I hope it becomes the soundtrack for the next chapter of U.S.-Cuban diplomatic relations.

Kabir Sehgal is the author of New York Times best seller Coined: The Rich Life of Money And How Its History Has Shaped Us. A Grammy winning producer, he is the executive producer of Cuba: The Conversation Continues. Follow him on Twitter and Facebook. 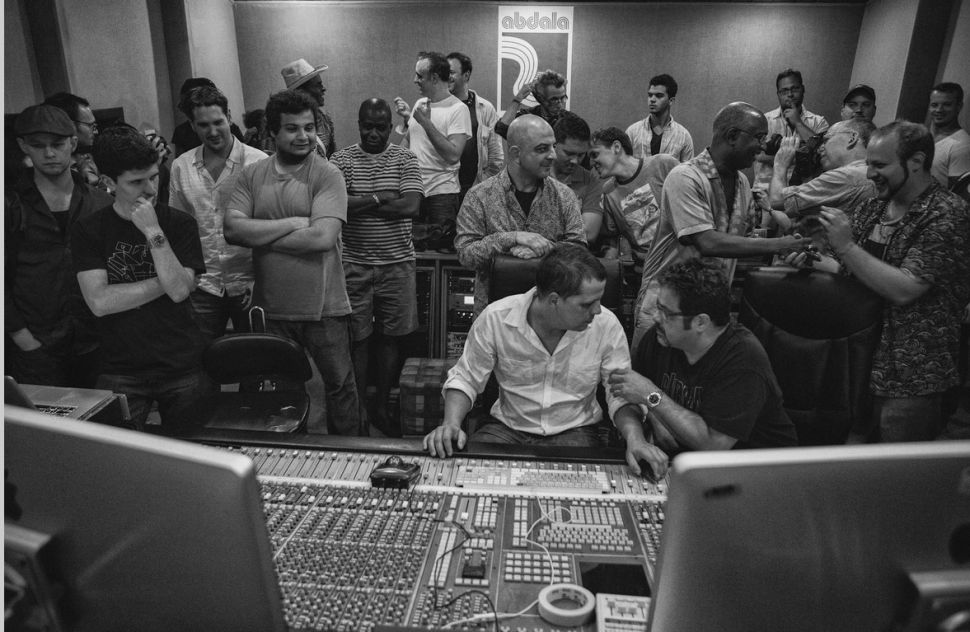