Windows 10 releases to the public for personal computers tomorrow. New versions of Windows inevitably yield buzz and sales, so computer makers are trying to distinguish their new products in the market as Microsoft times the update—for the first time—with back-to-school shopping.

This is a fraught moment for people who still use Microsoft’s operating system. Windows 95 felt like a revelation. Windows ME felt like New Coke. Some users still don’t really understand why the company ever moved on from Windows XP. Personally, this reporter found an old PC once that still had Windows 3.1 running, and seeing that screen felt like coming home and finding your favorite pet alive once more.

The messages coming from computer companies around Windows 10 sound universally positive, but of course those companies also want to sell you devices loaded with Windows 10.

If you are a consumer user of Windows 7 or 8.1, you get a free upgrade as long as you act within a year of the software’s release. You’ll need 3 GB of space on your drive. Instructions for how to download the upgrade are here, from Microsoft. PC users have been getting a new and different- looking notification lately, nagging them to reserve their space in line for the upgrade.

“Windows 10 is truly a masterful blend of the best of both Windows 7 and 8,” PC World wrote,

Here’s a quick rundown of what major computer companies have been saying about changes to their products in advance of the new OS:

Dell contends that it is out ahead of Windows 10, releasing new devices now that are ready to work even better as Windows 10 goes live. One of the more interesting aspects here is the advanced audio sensors that will allow users to speak to Cortana, even in noisy environments (more here from Thurrott). Cortana is the Windows answer to Siri that first showed up on the company’s phones.

HP also argues that it has been way out ahead of the new release. Mike Nash, an HP personal systems rep, wrote on the company’s blog in June that PC buyers could purchase any HP device they wanted, and it would already be optimized for Windows 10 when it came.

Asus nerded out for Windows 10 in a way that should please techies. Buttons? Tablets? Whatever, Asus said. It went after motherboards instead. Asus has been working with Microsoft to get its motherboards ready to max out performance on all models and chipsets as it awaits the new operating systems release.

The new motherboards have been certified by Microsoft’s Hardware Quality Labs, in order to convince gamers that the machines will smoothly deliver as much performance as possible.

Toshiba will have a special key for summoning Cortana on your keyboard as part of the raft of new models it has prepared for back-to-school shoppers, according to CNET. It apparently has been very secretive about one two-in-one device, but it let Microsoft give consumers a peek at it at Computex 2015 in June.

Weirdly, Toshiba is still advertising Windows 7 devices on its homepage one day before Windows 10 comes out:

The first tablet optimized for Windows 10 is coming from Lenovo, according to Computerworld. The company also has an affordable new ThinkPad coming out next month.

Acer seems to see an opportunity for Windows 10 to undercut Chromebooks (this reporter has two Chromebooks and both of them went belly up recently), with $169 Windows 10 “cloudbook” available in the middle of next month.

Dell, Acer, Asus, Toshiba and Dell did not reply to requests for comment for this story. 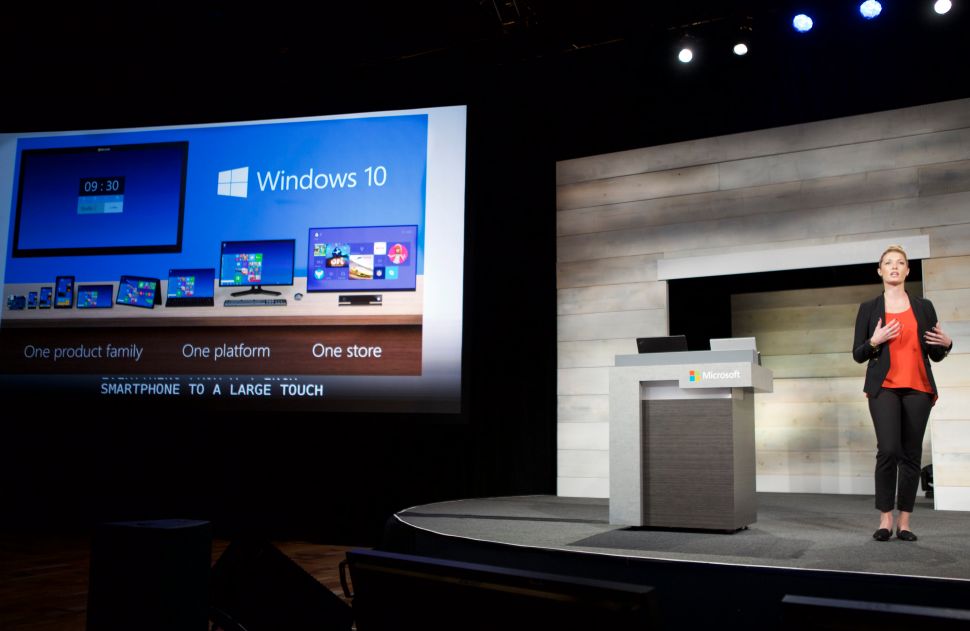