It’s a bad time to be Hulk Hogan, brother.

On the heels of the star wrestler’s sex tape lawsuit with Gawker, this morning he was fired by World Wrestling Entertainment (WWE) after audio from a sex tape he made in 2007 was leaked by Radar Online and the National Enquirer.

On the tape, Mr. Hogan is heard talking to Heather Clem, the wife of friend and radio host Bubba The Love Sponge Clem. (Mr. Hogan’s affair with Ms. Clem is at the crux of the Gawker lawsuit.)

The most incriminating section of the tape comes when Mr. Hogan expresses his worries about his daughter Brooke sleeping with a black man, allegedly the son of a record executive who was helping Ms. Hogan with her music career.

“I mean, I’d rather if she was going to fuck some nigger, I’d rather have her marry an 8-foot-tall nigger worth a hundred million dollars,” Mr. Hogan says. “Like a basketball player! I guess we’re all a little racist. Fucking nigger.”

In its statement terminating the contract, WWE said it was “committed to embracing and celebrating individuals from all backgrounds as demonstrated by the diversity of our employees, performers and fans worldwide.”

Mr. Hogan apologized in a statement to People magazine early Friday, saying “It was unacceptable for me to have used that offensive language.”

By Friday morning, Mr. Hogan’s biography page on the WWE website had been replaced by an error message. 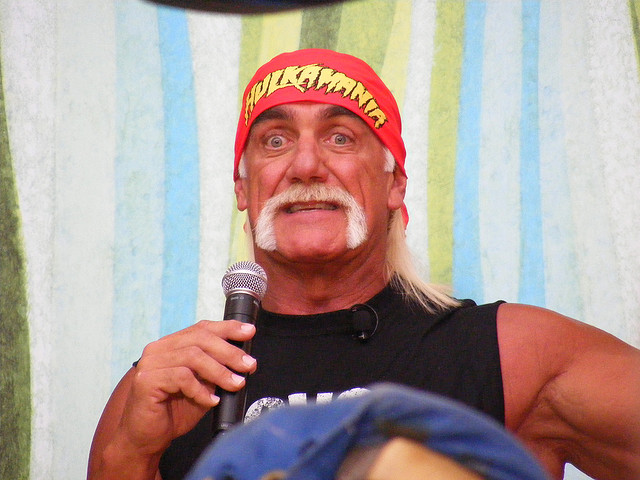