Upon news that one of their own is recovering from an invasive and expensive surgery for pancreatic cancer, an unlikely group for heartfelt reunions has had just that. New York club kids have rallied in support of Stephen Saban, the former Details magazine columnist who recently had his pancreas, gallbladder, spleen and part of his stomach removed.

Though living in Los Angeles, the GOFundMe page for Britian-born Mr. Saban has raised more than $20,000 to help cover his healthcare costs, and turned into a mini reunion for the figures of that era—a time when partying and going to clubs meant wearing $10 platform shoes and cavorting with artists and drag queens, not sipping Veuve and donning Ed Hardy.

Many remembered Mr. Saban’s column in Details, then not a glossy mag but a downtown rag, as a harbinger of “making it,” into the scene that birthed fixtures like Madonna.

Mr. Saban, for his part, was surprised by the response.

“It’s really weird, because I didn’t know anyone even liked me,” he told The New York Times. “I’ve always been considered snarky and disapproving.”

He also said that other than requiring insulin now that his pancreas has been removed, he’s “fine.” 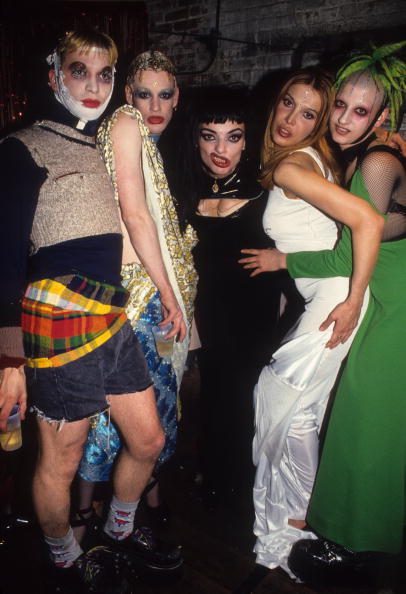