The celebrity feud of the week has finally come to a peaceful resolution.

I thought I was being called out. I missed the point, I misunderstood, then misspoke. I'm sorry, Nicki. @NICKIMINAJ

On Tuesday night, Ms. Minaj complained that her song “Anaconda” should have been nominated for video of the year. She blamed the snub on her race and curvy figure.

If I was a different "kind" of artist, Anaconda would be nominated for best choreo and vid of the year as well. 😊😊😊

If your video celebrates women with very slim bodies, you will be nominated for vid of the year 😊😊😊😊😊😊😊😊😊😊😊😊😊

Ms. Swift—whose video for “Bad Blood” did receive a nomination—viewed these to be subtweets about her and replied with a few tweets of her own. 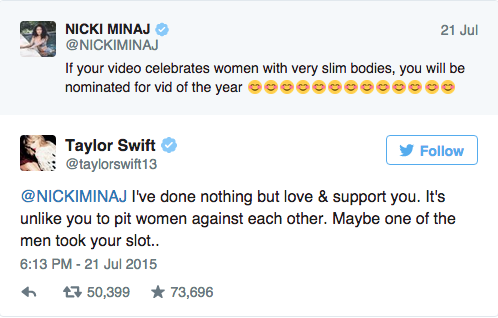 The feud had fans taking sides and news sources breaking the story down every way they could. The Huffington Post deemed Ms. Swift’s tweets “peak white feminism.” Double standards and “white media” were topics explored as a result of the feud as well.

SEE ALSO: Twitter Has Absolutely Lost Its Sh*t Over #NationalHotDogDay

That means so much Taylor, thank you. @taylorswift13 ❤️❤️❤️

I've always loved her. Everyone makes mistakes. She gained so much more respect from me. Let's move on. https://t.co/mx9pfIdnzT 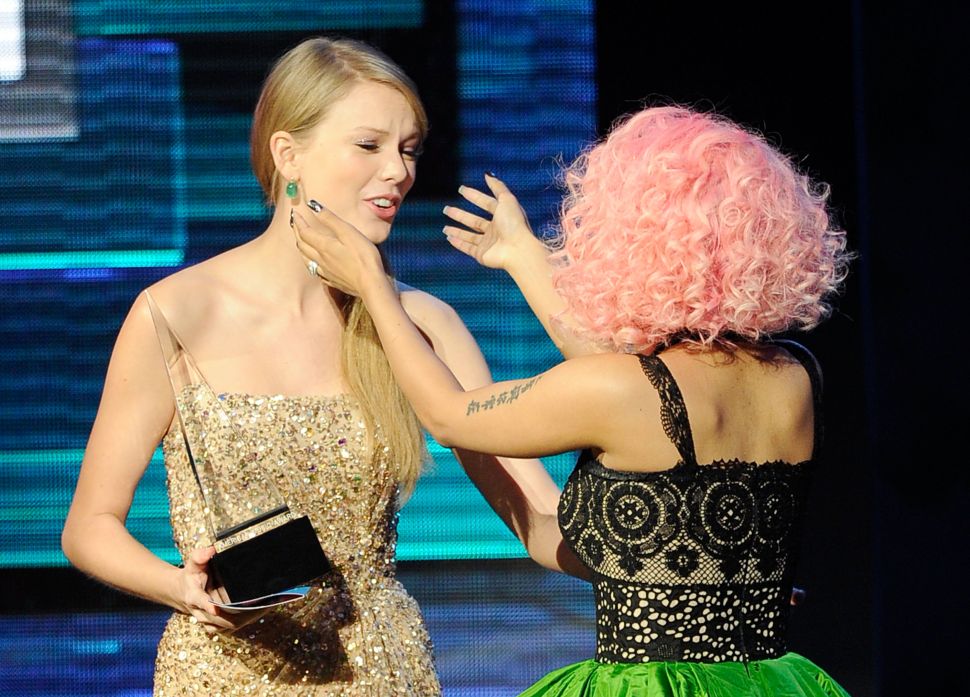