The machine mind can’t decide if I’m a pragmatist or a rebel. It also thinks I’m a pretty nice guy, but that I can be kind of an asshole.

Different companies are starting to experiment with analyzing text to assess people’s personality. The results appear to get better the more they are oriented around solving a problem.

IBM Watson announced  that it can analyze your personality for free. Meanwhile, Crystal is another service that analyzes text, and it’s been live for a while. There is a good chance it has already analyzed you, in fact. Crystal looks for everything you have already written in public online and bases its analysis on that body of text. Your tweets. Your public Facebook and blog posts.

Talenti is doing it right now, too. More on that in a moment.

Watson looks at whatever text you give it. You’ll need to cut and paste some example of your writing into the field and then click “analyze.”

I ran three pieces through Watson and tried to look for common themes in its analysis. I ran two of my most recent, one about online dating and one about a factory and one from a little while ago, a takedown of an especially obtuse book. It’s a little hard to see any of them in the text, but they include these funky little visualizations at the bottom that quantify the analysis. That’s a bit more helpful.

Two of the Watson reports describe me as unconventional (in one form or another). Two seemed to say I was kind of nice or thoughtful, but a third said I was self-absorbed to the detriment of others (that was for the factory piece, the one where I focused on available jobs).

I thought, looking at the visualization, that I was seeing a trend with Watson, because I scored extremely high (over 90 percent) for “Openness” for the post about the factory and the one about the book. However, in the one about online dating, I got 23 percent in that category.

Similarly, the dating piece and the factory piece scored me over 90 percent on “self-transcendence,” but the book piece put me at 4 percent in the same category.

So Watson can’t really get a handle on me. I can’t fault it for that. Neither can I.

For fun, I tried to see if Watson knew itself. I took all three of its assessments of my writing and put all of them together into one analysis. Watson read its own words and assessed itself this way, “You are confident and generous.” It goes on to say it is mainly focused on helping others, which, honestly, is true by definition.

Broadly, however, it’s a little hard to figure out what the point of Watson is. IBM has been aggressively pushing Watson as this smart thing. It doesn’t seem to focus much on solving a problem. It focuses on showing how smart it is. Watson might do better if it had an objective.

Meanwhile, the point of Crystal is clear: to help you email people better. It does seem to do a pretty good job of that. I used it heavily during my free trial period, and the advice it gave for little tweaks to my language appeared to be helpful, though I did not always take it and that didn’t seem to hurt me. Here’s Crystal’s top-level take on my personality, based on analyzing my rather copious public writing:

Brady is a solidly-grounded pragmatist with a warm, compassionate side and a unique ability to focus (sometimes it seems like tunnel vision).

The last part is nuts. I’ve got 21 tabs open right now spanning at least three different topics. When I manage to focus, it is glorious and rare. But pragmatist? I’ll take that. And “a compassionate side” implies “not 100%” compassionate. Which is another way of saying what Watson said (once) that I can be perceived as insensitive.

Whether Crystal’s 20,000 foot view of my psyche is right, it gives some great tips reaching out to me: Focus on data rather than stories and emotional appeal. Don’t exaggerate the facts because I’ll notice disapprovingly. Feel free to ask me for broad opinions, but if you want me to do something, be direct and phrase the request as specifically as possible. I can’t fault any of its assessments.

Where Crystal and Watson appear to see eye to eye is in the opening of Watson’s take on my book piece. It wrote: “You are shrewd, skeptical and tranquil.” Which sounds similar to kind-of-compassionate-pragmatist. Otherwise, though, there’s not much overlap. Then again, Watson doesn’t even really seem to agree with itself.

In Wired, Emily Dreyfuss faux-panics when Watson said she didn’t care about art. I got the same result when I put in a 9,622 word draft of a short story I wrote a few years ago. Which seems to point to a fault in Watson’s logic: anyone who can produce a single piece with several thousand words probably kind of cares about art.

As we said above: these sites aren’t the only ones getting in on the text-to-personality game.

Talenti Gelato also has an app up that analyzes your social media presence to come up with a flavor for you. I got French Toast Margarita Acai. Which, come to think of it, basically translates to: unconventional pragmatist who can be kind of an asshole.

Maybe there is more consistency in the machine mind than we thought? 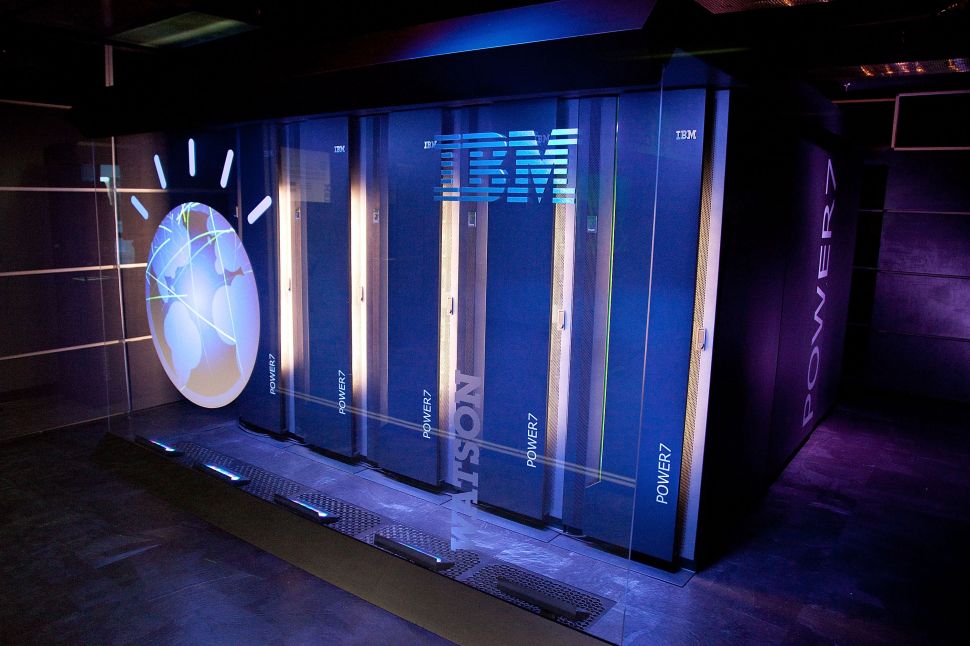