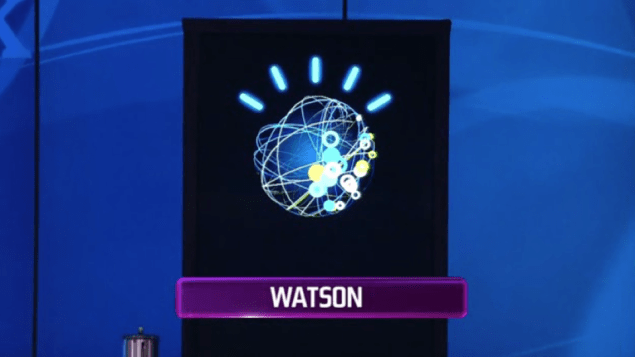 It beat Ken Jennings at Jeopardy and is used to power toys. Now Watson is trying to become the new Sigmund Freud.

This week, the developers of IBM’s supercomputer unveiled Personality Insights, a new website which writes psychological profiles based on analyses of status updates, tweets and emails. When users input 100 words of online correspondence, Watson provides a written description, percentage breakdown and graphical representation of what it perceives the user’s personality to be.

I decided to be the Observer’s guinea pig for IBM’s new analytical tool. I pasted 100 words of randomly selected text from tweets and emails into the Watson interface and pressed “Analyze.”

By and large, the results were stunningly accurate. The written description divided my personality into seven categories:

The first six bullets are basically true. I’d call myself pretty restrained—I’m not known for dancing on tables. However, I am energetic at work and home—I always try to keep busy. I’ve always thought modesty is the best policy, but I do seek success and a certain amount of validation in my professional and personal lives. This extends to my leisure time—rather than just enjoying something, I’d like to learn from it.

It’s clear that Watson isn’t perfect, though, because the last bullet is just plain false. I love literature and the performing arts—on the weekend you’ll usually find me reading a book, or seeing a movie or Broadway show.

These same contradictions played out in the percentage breakdown section. My scores for personality traits that involved being conscientious or agreeable hovered between 60 and 70 percent, which is pretty on the nose. On the flip side, Watson said I was only cheerful 30 percent of the time, which seems like a contradiction—if I was grumpy 70 percent of the time I wouldn’t want to hang out with myself. The final nail in the coffin was Watson saying only three percent of my personality was taken up by artistic interests—it seems this art lover picked the wrong tweets for Watson to analyze.

Watson’s visual representation of my psyche was just plain messy—but then again personalities themselves are not cut and dried. 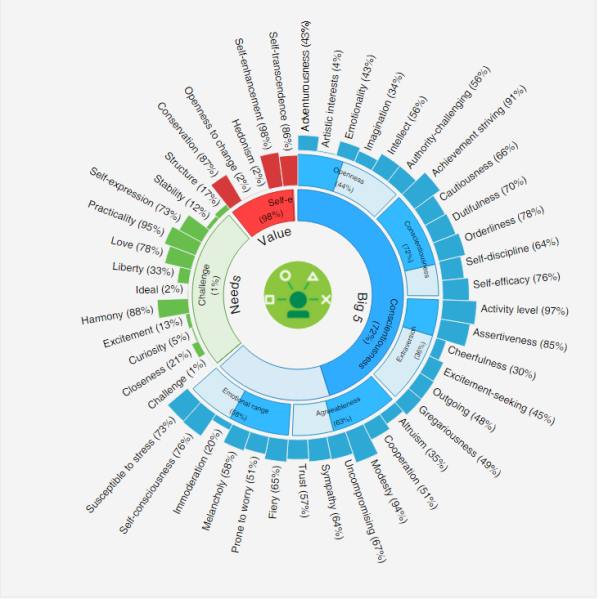 Despite a couple of hiccups, Watson shows a lot of promise as a psychological aid. Once IBM works out the few bugs in the software, perhaps yet another industry will become automated.