I’ve always had trouble relating to kids in my generation.

Other than my wife and a few exceptions, most of my friends are much older and always seem to have been. As I’ve achieved some semblance of success, my peers have tended to be older too.

The result is that I feel old all the time. When I watch a show like Girls it’s usually with a mix of horror and confusion—probably like an ill-humored liberal watching the Colbert Report. What is going on here? Do monstrous people like this really exist? I honestly am not sure if the show is satire or criticism or portraiture.

The first time I met the writer Liana Maeby these feelings were very much in play. It was at a barbeque on the front yard of a house in Culver City, Calif. Drew Grant from the Observer was there. So was Daniel O’Brien, a senior editor at Cracked. I remember walking through the house—whoever’s it was—and thinking: I have nothing in common with most of these people.

As we all stood outside and talk, Ms. Maeby told me she was a writer and working on a novel. I’m sure my reaction was feigned interest. I can’t imagine I ever expected to hear about it again. Because millennials are always talking about stuff they never actually end up doing, especially when it comes to art.

So when South on Highland arrived a few weeks ago (some three years after meeting), it caught me by surprise. The book was real. She actually wrote it. When I read it, I loved it. The book reminded me very much of one of the first books one of my mentors told me to read when I moved to Hollywood, Less Than Zero. You know, that thing about how nobody knows how to merge there and are all empty, soulless sociopaths.

At first, I felt some relation to Ms. Maeby’s character—someone I assume is at least partially autobiographical since she basically has the same name (Leila Massey) and from what I know of her, the same backstory. Leila is a young screenwriter who everyone sees as the next big thing. She has heat, she has momentum, big jobs come her way. I’ve been there. I’ve felt that.

This relation was short-lived. Because the writer throws it away. Drugs. Alcohol. Work aversion. Pointless travel. The momentum is frittered away. The career torpedoed.

Why? Angst. That perpetual ruiner of promising young talent.

Perhaps that’s what I have trouble relating to and what makes me feel apart. The only angst I’ve ever felt is over not working enough. I don’t fear missing out, I worry constantly that I’m being irresponsible. Like, am I investing enough for retirement? Am I turning things down out of youthful ego or entitlement? When I dropped out of college, it wasn’t because the traditional path scared me—it’s that I wasn’t moving along it as quickly as I desired. I wanted it all now: job, relationship, house. I wanted freedom, but only to skip the dicking around that seemed baked into the process.

At most parties, I’m the only one not drinking. I never really have and don’t quite see the point. Ms. Maeby joined me in abstaining at that party, for reasons that were much clearer after reading the book. This desire to obliterate oneself—endemic to the binge culture of my young friends and peers—is another one I’ve always had trouble understanding. It’s part and parcel with the angst. It’s a cycle—unhappy and unfulfilled, we make poor choices, which lead us to the escapes that make reality more tolerable. God forbid you were born with the wrong biochemistry and the cycle can be nearly impossible to break.

It fascinates me to see others struggle and rebel against themselves, as the character in her book seems to. Why the self-destruction? Why the idleness? Where does the inability to make decisions come from? Why can’t they commit? What if early on they had lost themselves in something different—work, purpose, relationships?

It’s said that millennials—graduating into the Great Recession—are the Lost Generation. This has always felt like an excuse to me. The directions are the same as they’ve always been. Nobody wants to look them up and follow them. Because it’s somehow inauthentic.

There is a theme in Ms. Maeby’s book that may hint at what lies at the root of it all. It’s a trait particularly potent to writers, but in a world where everyone publishes, everyone suffers from it. It’s as if the young writer sees her life as a work to be produced instead of to live. Leila, like Arturo Bandini in John Fante’s famous novels about Los Angeles, sees life happening “across a page in a typewriter.” Where Bandini saw every moment as a potential poem, a play, a story, a news article with him as its main character, Leila’s book actually lapses into script—literally, in a clever use of meta-fiction.

It turns out she was more than complicit in her own downfall. In fact, she was writing the film of her life. Justifying her addiction as part of a plan to hit “rock fucking bottom.” She brags to her agent that one day, they can “can make a movie about it” and the “town will lose its fucking mind.” The last words of the novel appear in script typeface: “WE FADE TO BLACK.”

It’s this obsession with performance—this performing for an imaginary audience—that makes the ordinary so difficult for most people. It’s something I’ve come to ascribe to a concept from Nassim Taleb—the narrative fallacy. This idea that your life is some unfolding story and it must be constantly exciting and compelling. It’s why young people have always been drawn to Los Angeles and New York, the places certified in the movies and television and books of their formative youth.

Work is hard to capture in an Instagram photo. A boring life centered on your craft doesn’t make for good blog posts. Living up to commitments and obligations and a sense of right and wrong—this violates the image we have of what a glamorous artist gets to do.

Maybe that’s Ms. Maeby’s point. Maybe that’s the truth she’s trying to get at, having been to the other side and back.

Or maybe I’m just wired like a premature old man and I don’t get it at all. 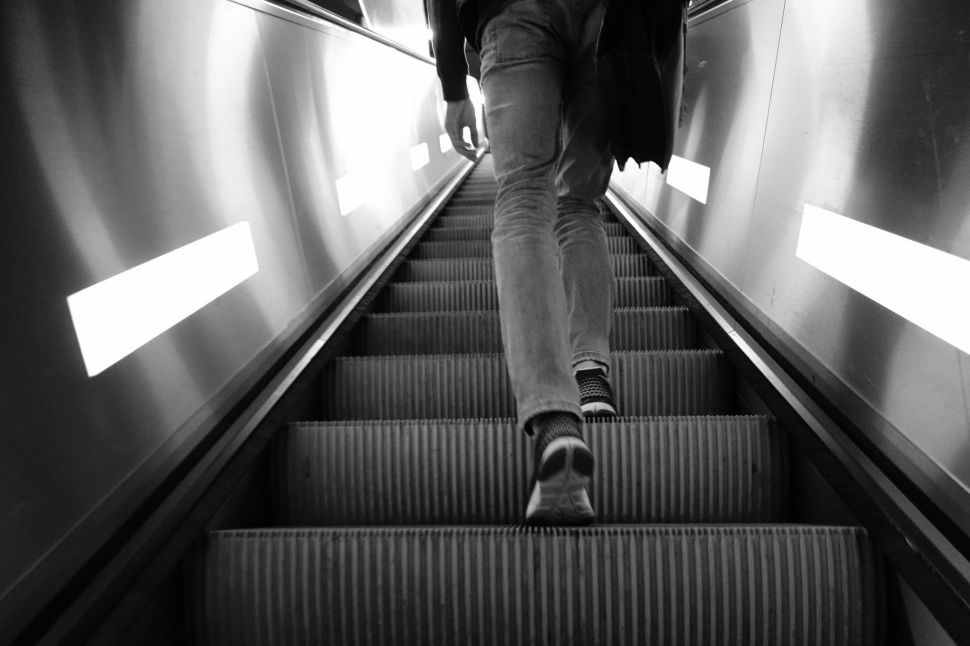