Swim, bike, run. It’s the traditional order of things, for those who know triathlons.

But at a unique “mindful triathlon” taking place in Prospect Park on September 13, participants can leave behind their bathing suits and cycling helmets; swimming and biking will be swapped out for yoga and meditation. Because Brooklyn, obviously.

Those with a competitive streak need not apply; runners are encouraged to keep their times private, and no Wanderlust 108 participants are formally ranked in any way.

“Unlike most triathlons, we place community above competition, inner peace above power, and self-awareness above strength,” the Wanderlust 108 web page says. “We prefer slow food to fast run times. For us, winning is measured in laughs shared and new friends made.”

The Wanderlust 108 made its worldwide debut in Prospect Park last year, attracting over 10,000 participants, a press release stated. Thanks to the “overwhelmingly positive response,” Wanderlust will this year bring its mindful triathlon to 15 different cities across the U.S., as well as in Canada, Mexico, Australia and New Zealand.

In New York, there’s hardly a shortage of fiercely competitive athletes who might avoid an event as peaceful and friendly as this. But with the growing enthusiasm for mindful practices like meditation, one can only imagine this year’s Wanderlust 108 will see even more participants than before.

Check out this video from last year’s event: 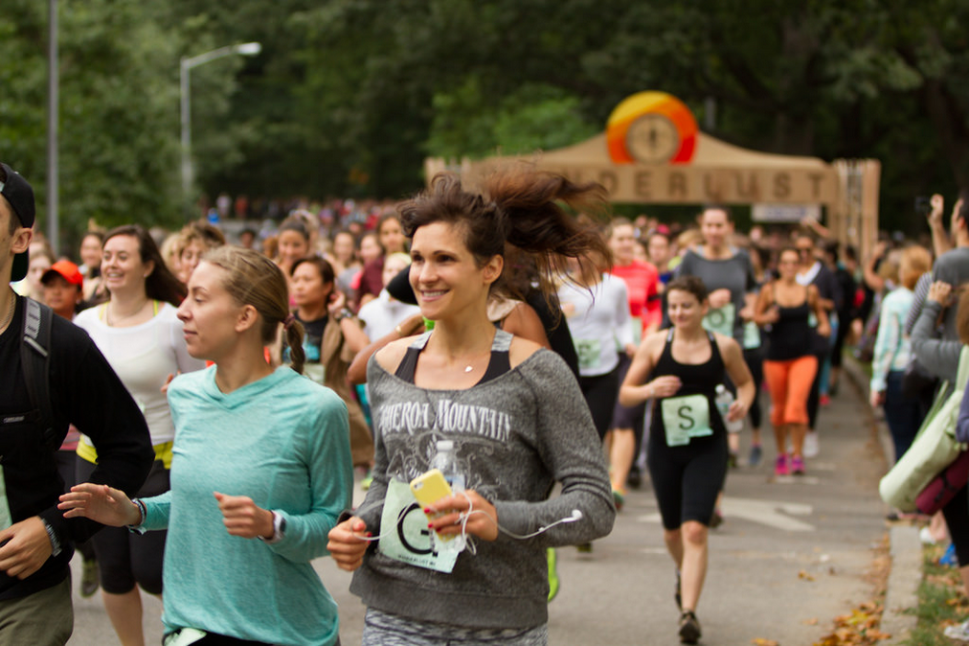