Tbilisi, Georgia—During the Cold War, one of the few, if any, things Americans knew about the Soviet Republic of Georgia, was that the country was the birthplace of Joseph Stalin (nee Dzugushvili). Fewer Americans were aware that it was also the birthplace ofLavrenty Beria, Stalin’s equally monstrous and feared KGB chief. For almost a quarter century, Georgia has been an independent country, but independent Georgia has had a complex relationship with the 20th Century Soviet dictator. Most Georgians, particularly the elites, despise Stalin, but there are still small pockets, skewing older and poorer, of people who hold positive feelings toward the murderous dictator. Some view him as a strong leader who defeated fascism; others admire him because he was a Georgian who became giant on the world stage.

Stalin’s complex legacy can be seen be seen most acutely when visiting Gori, the city of his birth, as I did earlier this week. For years, a huge statue of Stalin, loomed over the center of town. Today that statue is gone. It was removed by the Georgian government in 2010. Gori, as might be expected, has been a place where positive feelings towards Stalin have lingered longer than almost anywhere in the country. The removal of the statue proved controversial in Gori, but most Georgians supported the statue’s exile.

There is still a large museum dedicated to the life of Gori’s favorite son in the middle of town. Visiting the museum is like going back in time; information about Stalin’s early years adorn the walls. Names and images of people like Anastas Mikoyan, largely forgotten in the West but a fixture in Soviet politics for decades, are exhibited. The museum’s curators, who generally insist on giving official tours, are resolutely pro-Stalin. They describe the longtime Soviet leader’s personal life in detail, highlighting the Soviet role in winning World War II while brushing over less flattering facts: the gulag, deportations and mass killings. On a tour several years ago, I was told that Stalin occasionally let visitors use the bathroom in his private train car. This was presented as evidence of his humanity of one of history’s most prolific killers. At the end of the tour is a room, added recently, that highlights some of the crimes of Stalin’s regime. The tour guides, however, generally use words like “them” or “the regime” rather than “him” or “Stalin” when discussing these horrors.

Even more than 60 years after Stalin’s death and almost twenty-five years after the end of the regime from which Stalin arose, politics in Georgia are not entirely free of his brutal influence. Georgia, like much of the region, has struggled to build enduring democratic institutions, but still finds itself favoring almost messianic leaders like former Prime Minister Bidzina Ivanishvili who, despite holding no office, remains the prime political mover in Georgia, and former President Mikheil Saakashvili. Georgian governments are still vulnerable to viewing criticism from civil society as unpatriotic and anti-state. These sentiments, and other holdovers from the Stalinist system, such as lingering distrust between citizens and between citizens and the state, as well as political structures where proximity to the leader is often more important than holding formal elected or appointed office, continue to weigh down Georgia’s political evolution.

For many foreign visitors to Gori, Stalin’s memory exists in that surreal grey area between kitsch and mass murder. While visiting Gori, my Georgian colleague told me with disgust and bewilderment not only that there were Stalin souvenirs for sale at the museum, but that she recently accompanied a European colleague to the museum who had actually bought a Stalin emblazoned tchotchka of some kind or another before heading back to Tbilisi. For Georgia, the feeling towards Stalin remains a complicated mixture of hatred and anger with, among some, a pinch of nostalgia and ignorance. However, even five years after the last major monument to Stalin, the one that had been in the Gori town center, was removed, Stalin’s invisible legacy has proven harder to wipe out. 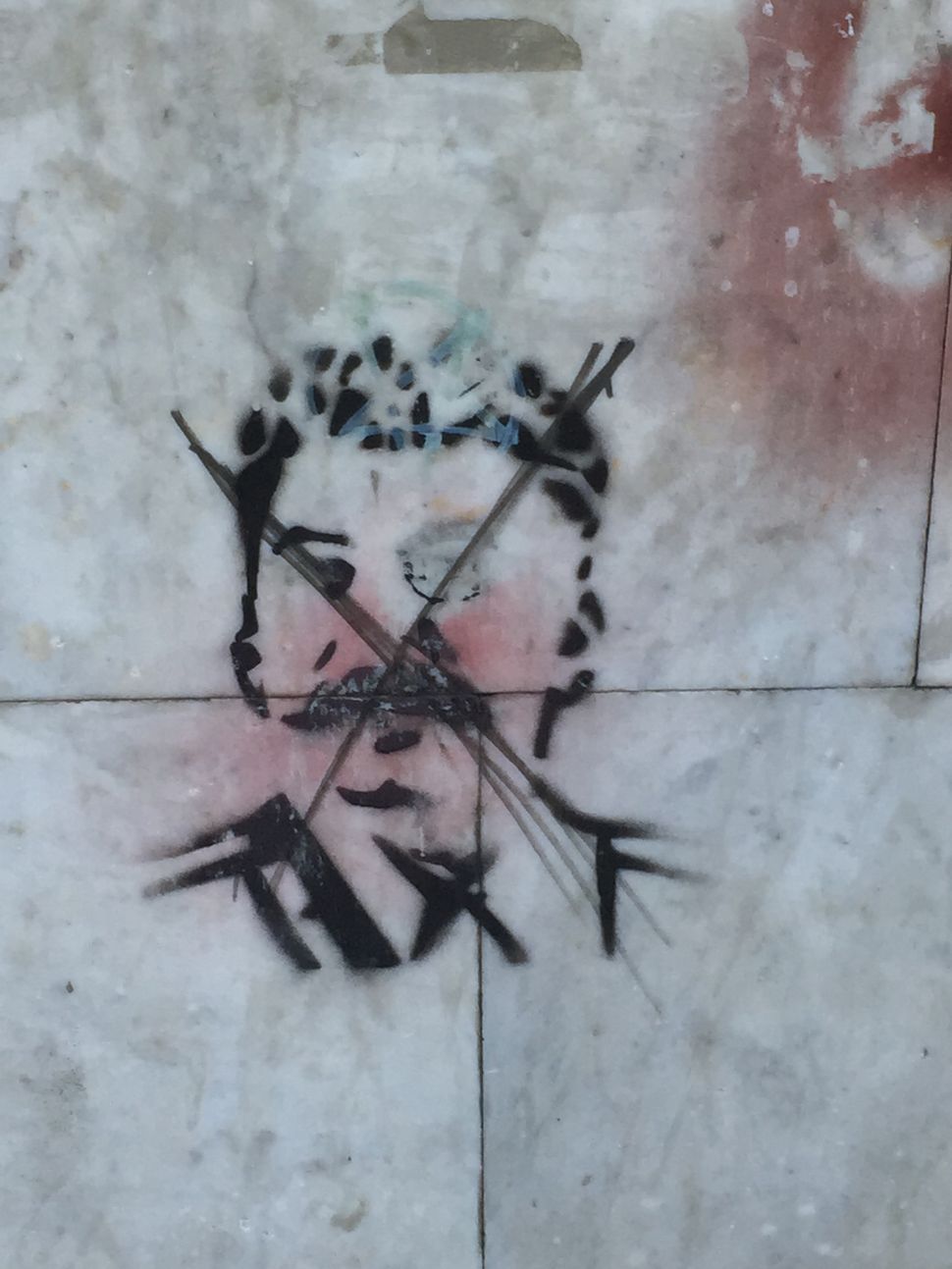