After a 7:30 AM call time for his New York Fashion Week: Men’s showing, Michael Bastian was admittedly tired, but still found the energy to host a dinner last night at The Gramercy Park Hotel rooftop to debut a short film, “The Sharp American,” alongside Michael Avedon and Twin Shadow for GMC.

“I’m a New Yorker, so I don’t own a car, but I rent a lot of cars,” Mr. Bastian said after debuting the moody film starring himself and GMC’s newest SUV. “If you’re a New Yorker, there are two things that are most important: a car and a washer and dryer. Literally everyone else in America has those things! It’s so weird to them that these are our luxuries. You can eat at Per Se every night, but I don’t have a car or washer and dryer!”

The opposite might be true on the other side of the country, where the former Bergdorf Goodman buyer turned designer drew his inspiration from this season. “I had to go to L.A. last November for the launch of our smart watch with Hewlett Packard,” he said before the dinner started off with fan friends Rose McGowan, Jefferson Hack, and Waris Ahluwalia fresh from his modeling gig in Public School’s Tuesday presentation. “If you’re from the east coast like I am, you fall in love with it and, for a hot second, you think you could live there. Of course you can’t live there, you’re a New Yorker. There are so many people in Los Angeles though who have great style and don’t get credit. We think of surfer, beach, Coachella, celebrity style and all of that bullshit. There are people there with so much style there, so this collection was a valentine to those people.” 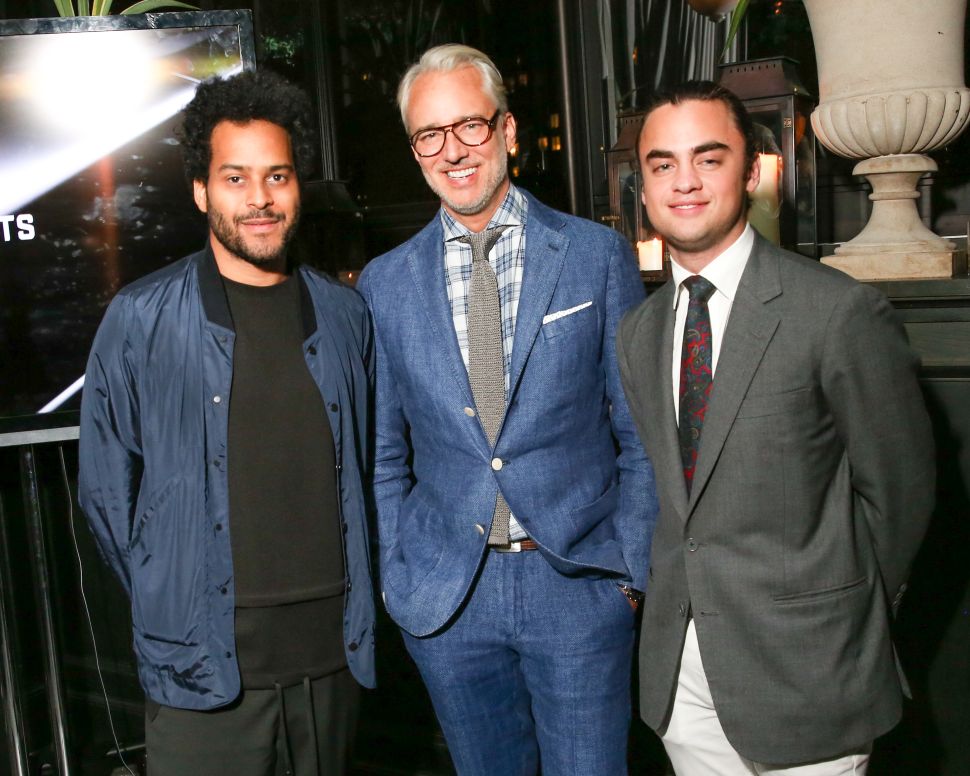