You’ve probably never heard of The Institute for New Feeling.

Founded by artists Scott Andrew, Agnes Bolt, and Nina Sarnelle, the Institute has organized a series of interactive installations that are supposed to help you disconnect from technology by, well, reconnecting you to it, albeit in a different way. The result is a menu of “therapies,” the most useful of which may be the “Treatment for Hyperactive Electronic Response Syndrome,” a variant of aversion therapy in which your phone just vibrates randomly. You text the number (505) 672-5561 to begin the therapy—give it a shot!

It will drive you nuts and may break your phone-checking habit.

Other therapies, showcased in a traveling exhibition called “Felt Book,” that promise to help you separate from technology include giving mouth to mouth to your cell phone (Mouth to Mouth by Nina Sarnelle) or sweating in a space age body tent (Hotspot by Agnes Bolt and Nina Sarnelle). “Avatar Therapy” helps your avatar recover from digital abuse. The show, which is ending its two-month national tour at the StoreFrontLab in San Francisco on July 31, assembled work by 40 artists inspired by the pioneering Fluxus art movement and by self-help tutorials found on eHow and YouTube.

As “Felt Book” traveled around the country, different work was displayed in different cities. Hyperallergic checked out the show in Chicago, and found the Institute’s pieces, which included edible ear plugs and a cement neck pillow, largely baffling.

According to the Institute’s website, there are plans to open a permanent “spa” in Los Angeles. 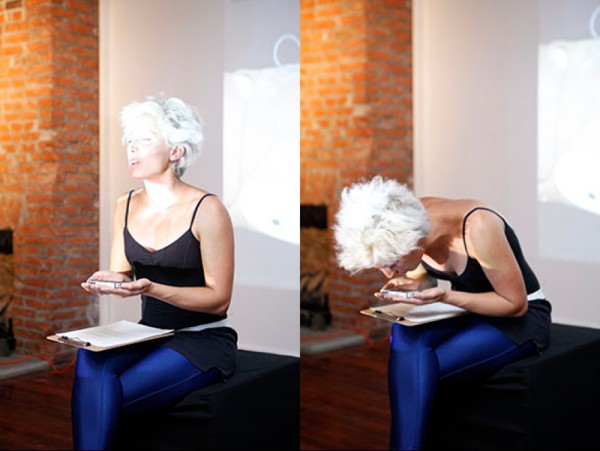