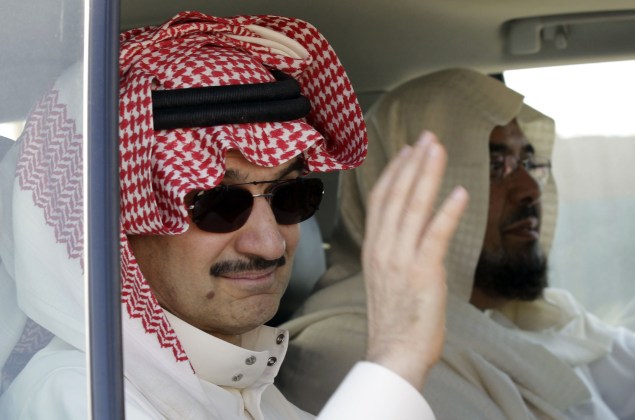 Is the Middle East going to experience another historic moment with the visit of Saudi Prince Talal bin Waleed to Israel in what could be the most significant move toward peace between the Arabs and Israelis since Anwar Sadat’s iconic trip to Israel? Or is this merely a rumor?

Unlike the Post, however, no Arab source has retracted the story. In fact, Paul Miller of the Salomon Center for American Jewish Thought contacted Moroccan Journalist, Aziz Allilou, who broke the story in the Arab world outside of Saudi Arabia. On the basis of this exchange, Mr. Miller reports that there is neither an official confirmation nor denial of the story, which originates with credible Saudi media sources in Arabic.

An Arab moderate, the prince has urged his Arab brothers and sisters to shift policy toward Israel in search of a more peaceful, prosperous, and homogenous Middle East.

It is highly unlikely that the Saudi government would let the story run without a disclaimer if it were not true. And so far the story not only has legs, but it also portends the most dramatic movement toward peace in the region in recent memory.

First there is Prince Talal himself. A media tycoon and highly successful investor who frequently appears on business channels, the Saudi multibillionaire is the modern visage of Saudi Arabia. Soft spoken, impeccably dressed, his insights into the ebb and flow of international markets are highly sought after.

An Arab moderate, the prince has urged his Arab brothers and sisters to shift policy toward Israel in search of a more peaceful, prosperous, and homogenous Middle East.

This appeal was followed by a statement of cosmic proportions. According to Saudi media, the prince intends to embark on a seven-day pilgrimage of the Holy Land and pray in Jerusalem’s Al-Aqsa Mosque.

Calling for Muslims in the Middle East “to desist from their absurd hostility toward the Jewish people,” the prince went on to announce that Saudi King Salman has instructed him to open a direct dialogue with Israel’s intellectuals in pursuit of amicable ties with all of Israel’s Arab neighbors.

Prince Talal denounced the growing waves of anti-Semitism in the region and praised Israel as the region’s sole democratic entity.

The story gains credibility considering that the Saudis and the Israelis have had five “secret” meetings to discuss common defense and intelligence issues related to President Barack Obama’s policy of strengthening Iran economically while permitting the terror state to become a potential nuclear power with a breakout capacity that is unknowable. 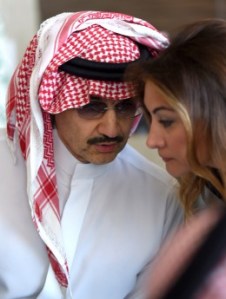 Amid the despair in the region generated by Obama’s Iran policy, Prince Talal’s pronouncements are uplifting and portend a bright future and a potential military and intelligence cooperation that will serve as a bulwark against an Iran emboldened and strengthened by Mr. Obama’s naïve policies.

If the prince is successful in achieving his aspirations, he will be inscribed in history as one of the Middle East’s, if not one of the world’s, great visionaries.

In arrogantly thinking he alone could decide the future of the Middle East, Mr. Obama has unleashed the unintended consequences that frequently shape great events: in this instance for the betterment of all the peoples of the Middle East but ultimately to the detriment of America’s interests.

Mr. Obama might awaken one day to a Middle East where America will face the diplomatic and strategic unintended consequences of his choice to embrace her enemies while rebuffing her friends.

We should applaud Prince Talal and wish him every success. May his journey open a path to the betterment of the entire region and for a lasting reconciliation between Israel and her neighbors.

If the story cannot be substantiated or is perhaps nothing more than a trial balloon, even that shows progress. For if it were true, this could well be the most promising breakthrough toward peace between Arabs and Israelis since Sadat’s speech to the Israeli Knesset. If Prince Talal will not be breaking bread with Israeli Prime Minister Benjamin Netanyahu any time soon, it cannot be overstated how Prince Talal, a member of the Saudi royal family, condemnation of anti-Semitism and praise for Israel’s democracy, is still a giant step in the right direction.

Abraham H. Miller is an emeritus professor of political science, University of Cincinnati, and a senior fellow with the Salomon Center for American Jewish Thought. @salomoncenter 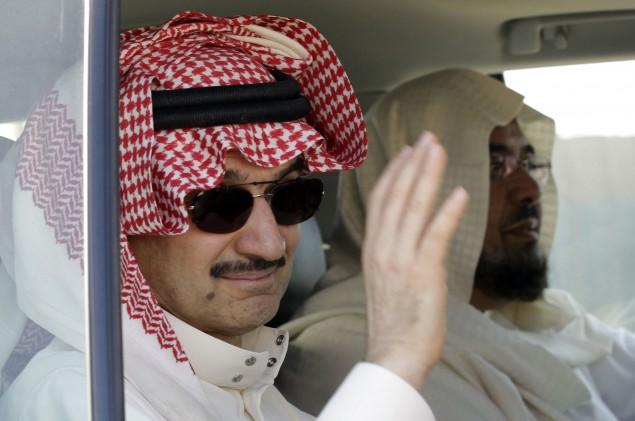