It’s World Emoji Day. Do you love using the little icons to simplify your messages?

Do you ever find that your message isn’t quite getting interpreted the way you intended, though? The official standard emoji are approved by the Unicode Consortium, but each service that renders the icons gets to interpret them their own way. These differences in how Apple and Google interpret the approved icons can certainly cause some confusion.

Sage is an Apple user. Brady uses Android. We started comparing how emoji come out on each of our phones and noticed some real differences.

Here’s a really confusing one. The so-called “Grimaching Face.” To an Android user, it looks outright angry:

To an Apple user, though, it looks excited. Maybe a little scared:

See how this can lead to miscommunication? There’s probably been emoji fueled break-ups between Android and Apple users out there. Serious business.

Here’s some other more emotional emoji we noticed looked quite different between Apple and Android:

Person Raising Both Hands in Celebration:

Brady: When I send this one, it says happy triumph to me, but I think the iOS version looks like “all done!”

Brady: The Android version looks like a Sumo wrestler getting ready for a match.

Sage: What is that?!? I’m really shocked to be finding out the popular praying emoji has appeared as a sumo wrestler to my Android friends all along.

Sage: The point gets across okay in both here, but it’s much more convincing with the human than it is with the lumpy Android potato.

Brady: Everything about this one is weird. Who would have guessed it was an “information desk person.” Does anyone in the entire world make the gesture in the iOS version? The Android version should be called “Hypnotized 50s Lady Dancing.”

Sage: Is that a hat? Is that lumpy potato snapping? Dancing??

Face With Tears of Joy:

Sage: These are similar enough.

Sage: The Android version almost looks sad, like he’s been broken up with but still loves the other cat. The love looks mutual on Apple.

Brady: This is my personal favorite emoji, but only on Android. I love its iconic quality. I’d seriously use it in my legal signature if I could. 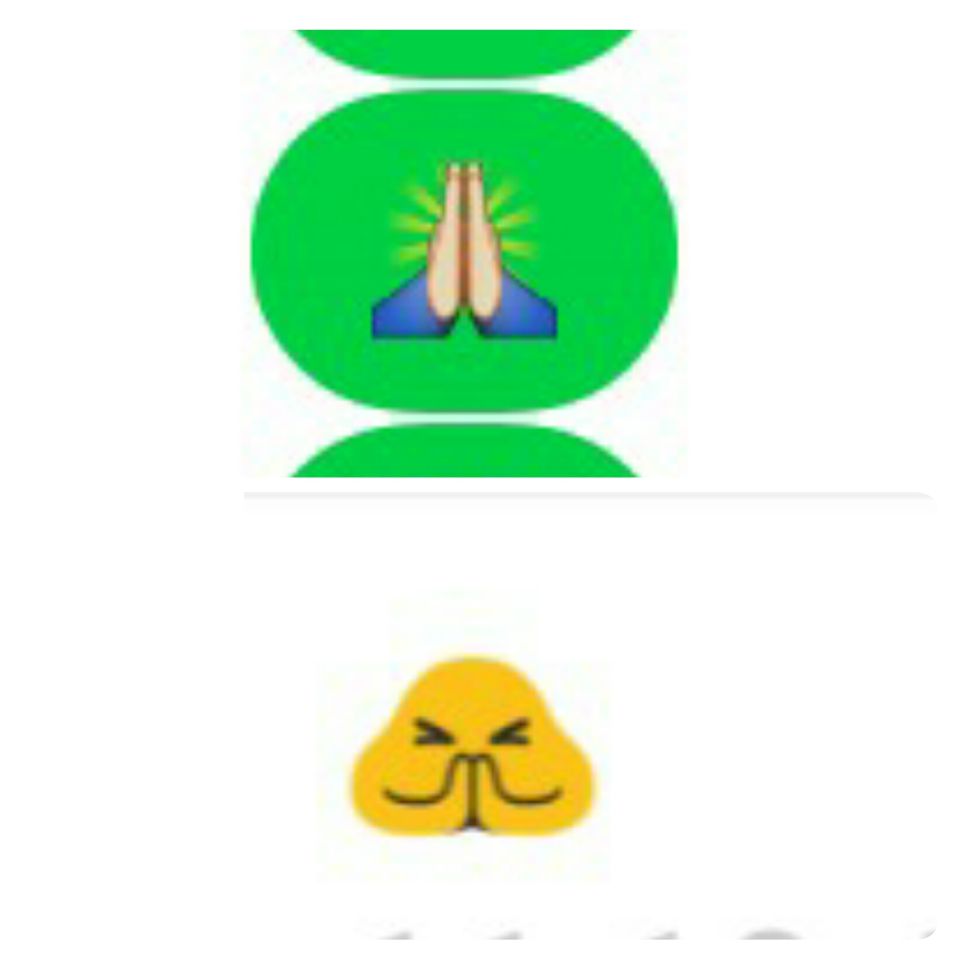