In a recent column in Time magazine criticizing opponents of the Administration’s nuclear deal with Iran, Joe Klein devotes much space to recounting pleasant encounters he had during his trips to Iran. He met young people who “were totally hip to American youth culture; their parents all had satellite dishes.” And they actually shook hands with Klein, and ‘[i]t was very moving.” There were even Muslim women who talked to him. “They were not just shaking my hand, but grabbing my arm to make a point, cracking jokes.” Not only that, they were “guffawing.” It follows, Klein concludes that “it’s time, finally, to take a risk for peace,” and it follows in turn that a deal clearing Iran to have nuclear weapons in about 10 years is a good one.

Of course, it is Iran’s mullahs who run the world’s foremost state sponsor of terror and who will control the nuclear weapons it will be cleared to obtain. That would be the regime whose Supreme Leader, Ayatollah Ali Khamenei, recently threatened the “aggressive, cruel American” with destruction. Khamenei praised the millions of Iranians who rallied against the United States even as the finishing touches were being put on the deal, vowing to incinerate Israel, burning American flags and chanting “Death to America.” It is not certain whether Klein’s co-guffawers participated in the rallies, but it hardly matters.

Of course, it is Iran’s mullahs who run the world’s foremost state sponsor of terror and who will control the nuclear weapons it will be cleared to obtain.

The core problems with the Iran deal are profound, but are waved aside by Klein as the “unreliable” concoctions of “Benjamin Netanyahu and his neo-conservative friends.” Under the deal, a powerful sanctions program which has finally given us leverage over Iran—sanctions which candidate Obama opposed and President Obama resisted—would be abandoned within a matter of months. Despite the Administration’s repeated representations that sanctions would be removed in “phases,” up to $150 billion in frozen funds are to be handed over and trade restrictions eliminated almost immediately—eviscerating the incentives for Iran to comply with agreements that extend 10, 15 or 25 years out into the future.

That leaves the little matter of Iran’s authorized acquisition of nuclear weapons in just over a decade. The White House team has devised this line, and it is sticking to it: “Every pathway to a nuclear weapon is cut-off.” This, unfortunately, is nonsense. Assuming that Iran does a screeching reversal from a history of cheating on agreements, it will for practical purposes be free to complete a sprint to nuclear weapons, as President Obama himself admitted, with “breakout times [that] have shrunk almost to zero.” With the economic and diplomatic leverage presently in place jettisoned, the West will be powerless to prevent Iran from obtaining nuclear weapons—unless the United States is prepared to use the military option to keep Iran from obtaining them that this White House has made crystal clear will never be used. The Iranians know the United States is unprepared to use such force, and with the tens of billions in funds and unlocked oil revenues handed over to Iran to acquire weapons that can be used to strike at America and its allies, it knows that the United States will be even less willing to act militarily at “break-out time” than it is now.

Put simply, under this deal, Iran will have nuclear weapons in little over a decade, and our children will live their lives under an Iranian nuclear Sword of Damocles. This is the hard fact for which the White House has no answer.

The White House invokes “snap-back” provisions that in reality contain neither “snap” nor “back.”

Klein assures us that none of this falls within “the realm of real worries.” He, like others, repeats the line that it is that reliable bogeyman, Benjamin Netanyahu, who is responsible for telling “gullible American visitors” about the dangers of the deal. He knows better. The Israeli left and center completely share Netanyahu’s objections to the deal. The leader of Israel’s left-leaning opposition party, Yitzhak Herzog, called it “a bad deal” that “will have a direct influence over the balance of power in our region; it’s going to affect our borders and it will affect the safety of my children.” Saudi Arabia’s former Ambassador to the United States, Bandar bin Sultan, not exactly a Netanyahu minion, said the deal “will wreak havoc in the Middle East,” where “Iran is a major player in the destabilization of the region.”

The Chairman of the Joint Chiefs of Staff, Martin Dempsey, said last week that “under no circumstances” should restrictions on Iran’s ability to obtain conventional and ballistic weapons be lifted. The deal lifts them. Energy Secretary Ernest Moniz represented that any agreement would provide for “anywhere, anytime” inspections. The deal provides nothing close to them. The Administration provided assurances that the release of sanctions would be phased to assure Iranian compliance, but the elimination of sanctions is virtually immediate. The White House invokes “snap-back” provisions that in reality contain neither “snap” nor “back.”

The Obama team is feverishly pushing a line that amounts to this: the dangers in this agreement cannot be helped, and having reached this agreement, the United States is stuck with it. An Administration that would prefer that Congress act like a potted plant has instructed Congress that it has no choice but to act like one. It now falls to Congress to make clear that it sees matters differently.

Jeff Robbins served as Chief Counsel to the Minority of the United States Senate Permanent Subcommittee on Investigations and as a U.S. Delegate to the UN Human Rights Commission under President Clinton. 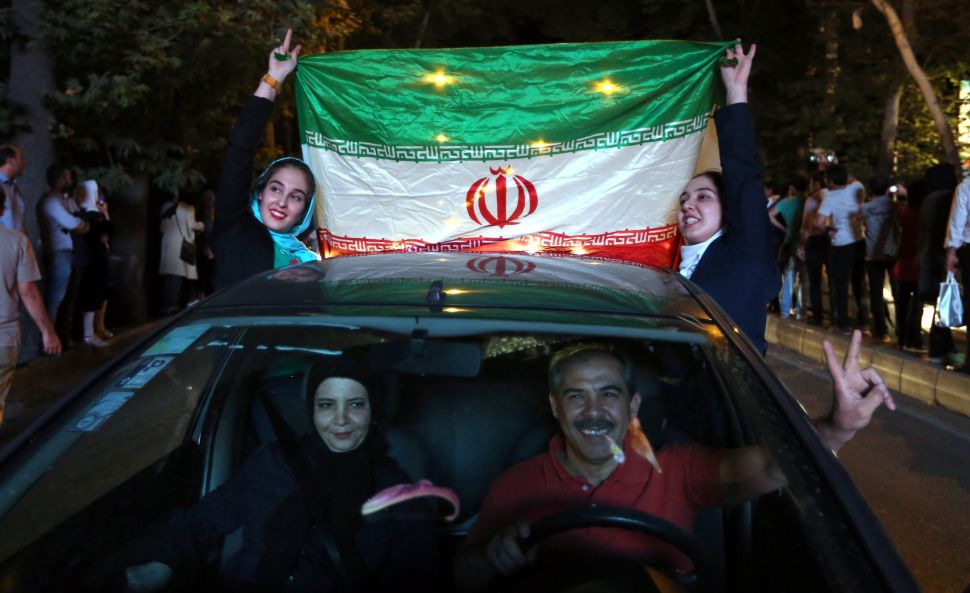