Of course Sen. Ted Cruz was furious at the Supreme Court’s recent rulings on health care subsidies and gay marriage. And there was nothing surprising about his proposed remedies: a Constitutional amendment empowering states to define marriage, a law to strip federal courts of jurisdiction over such questions; and an end to lifetime judicial appointments.

There was, however, something telling about one part of his argument. In deploring the weakness of the Congress in failing to remove “lawless” judges from the bench, Sen. Cruz wrote: “A Senate that cannot muster 51 votes to block an attorney-general nominee openly committed to continue an unprecedented course of executive-branch lawlessness can hardly be expected to muster the 67 votes needed to impeach an Anthony Kennedy.” (He meant “convict,” not “impeach”; that’s the province of the House of Representatives). Note his target: Justice Kennedy was the only one of the five pro gay marriage judges on the Court who was appointed by a Republican president.

Sen. Cruz’s fury followed by one day the fury over the votes of Justice Kennedy and Chief Justice John Roberts to sanction subsidies for federally established health care exchanges, effectively securing Obamacare’s future. The right raged, raising the possibility Justice Roberts had been blackmailed by the “Obama regime.”

And therein lies a tale, about a decades-long frustration within the conservative community about the men (and one woman) that have been named to the high court by their ostensible political allies. Again and again, Republican nominees have been supporters, even authors, of some of the most “liberal” of Court decisions, while, at least in recent decades, Democratic nominees have been far less likely to stray. The question is whether the Roberts-Kennedy votes on health care, and Kennedy’s gay rights rulings, represent a continuation of this pattern. On that score, there’s reasonable doubt.

Several justices picked by Democratic presidents have wound up as “conservatives”—largely because they’ve stuck to their judicial philosophies while the issues have changed. Felix Frankfurter was an ardent New Dealer, whose liberalism led him to argue that the Supreme Court should defer to Congress and the president when they passed and signed laws regulating the economy, or expanding labor rights. In the late ’50s, that same belief in “judicial restraint” led Frankfurter to defer to Congressional investigations of suspected subversives. And he refused to join the decision to compel “one-man-one-vote” legislatures; we should, Frankfurter argued, avoid the “political thicket.”

Similarly, one-time liberal hero Hugo Black was one of two justices who dissented from the 1965 decision that found a Constitutional right to privacy in striking down Connecticut’s ban on birth control. “I like my privacy as well as the next one,” he wrote, “but I am nevertheless compelled to admit that government has a right to invade it unless prohibited by some specific constitutional provision.” This is the precise argument now embraced by conservatives in rejecting the reasoning that established a right to an abortion, or to same-sex marriage.

And Byron White, John Kennedy’s first appointment, embraced the same view when he dissented in Roe v. Wade, calling the idea of a right to abortion an exercise in “raw judicial power” (shades of Antonin Scalia!). White, however, was the end of the line. Starting with Kennedy’s second appointment, every justice named by a Democrat has been a reliably liberal vote. From Arthur Goldberg to Elena Kagan, these justices have reflected the essential “judicial liberal” consensus.

The picture is dramatically different on the Republican side of the bench. Once upon a time, this could be explained by the fact that there was a time when “liberal Republican” was not an oxymoron. Two of Eisenhower’s appointees, Earl Warren and William Brennan, helped lead the Court in the 1960s on issues ranging from school desegregation to expanded rights for accused criminals to greater free speech protection in areas of libel and obscenity. But even as the Republican Party became a more homogenized party, GOP-picked Justices kept infuriating the faithful. Richard Nixon made the Court’s liberalism a campaign issue in 1968; but one of his appointees, Harry Blackmun, became one of the most liberal justices ever—a strong defender of choice on abortion, a passionate foe of the death penalty. Warren Burger, also a Nixon pick, came out in support of the Roe v. Wade decision.

George H.W. Bush’s pick of David Souter was proclaimed by Chief of Staff John Sununu as “a strict constructionist, consistent with basic conservative attitudes.” Justice Souter turned out to be a consistently liberal vote.

Justice Souter was supposed to be the last such instance of a Republican justice drifting (or sliding or racing) to the left side of the bench. And it may well be that Justice Roberts’ two votes to salvage the Affordable Care Act has more to do with his concern over throwing the Court into the middle of another political firestorm than with a more general legal philosophy. (It’s worth wondering whether Justice Roberts would have voted the same way had he been simply an associate justice, without the burden of protecting the institution that the chief’s role requires.) In most matters—campaign finance, corporate interests, voting rights—Justice Roberts has kept the implicit bargain to reflect the philosophy of the party whose president chose him.

And what of the future? It’s safe to assume that no Democratic president would choose a justice who’s at all uncertain about upholding Roe v. Wade or same-sex marriage. But is it equally safe to assume that a Republican president would only want justices committed to overturning those decisions? Given the relief with which some Republicans greeted the same-sex marriage ruling, can social conservatives freely assume that a future GOP president would want that issue—or abortion—back in the political center ring? There’s no doubt at all about the kind of justices a President Mike Huckabee would appoint. But a President Jeb Bush? 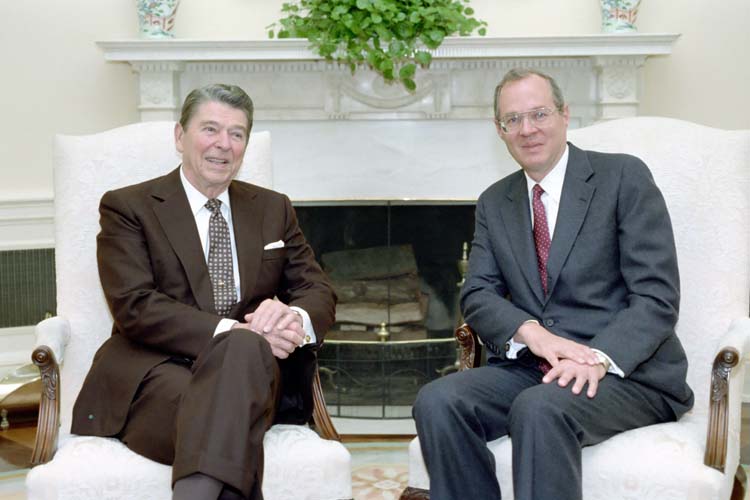