The Duchess of Cambridge holds Princess Charlotte in the Drawing Room at Sandringham House pic.twitter.com/q6sSAE9Avg

It hasn’t even been a full week since Princess Charlotte was wrapped in a long lace dress and paraded in front of the world for her christening. Surely you’ve seen the photos of the petite princess, alongside her royal clan, her new nanny, and a very angry looking Prince George, which have infiltrated every corner of the internet?

Now her official portraits have arrived, via Kensington Palace’s Twitter account, no less. Captured by esteemed fashion photographer Mario Testino, these just might be the most stylish christening photos we’ve seen thus far. Heavily edited, almost as if they were treated with an Instagram filter, these photos will be a delightful keepsake for the royal family. Just look at how happy Prince William and George look!

The Duke of Cambridge playing with Prince George in the garden at Sandringham House pic.twitter.com/EepzCxPFA5

The extended family got in on the fun as well. The Queen, along with Kate Middleton’s mum, dad, sister and brother, posed for a more formal portrait. But don’t fret, Charlotte was still the center of attention.

Members of the Royal Family and the Middleton family at Sandringham House after Princess Charlotte's christening pic.twitter.com/P8a5lvfX0n

We hope the happy family of four frames this heart-warming snap.

The Duke and Duchess of Cambridge with Prince George and Princess Charlotte in the garden at Sandringham House pic.twitter.com/pWo85iDsGk

Mr. Testino got his first gig as a royal photographer back in 1981, when he snapped a candid photo of the Queen and Prince Edward sitting in the backseat of a car. Since then he’s turned his lens on many more members of England’s favorite family, including an informal portrait of Princess Diana for Vanity Fair in 1997 and an image of Prince Charles with his sons William and Harry – all dressed in jeans – in 2004. The renowned Vogue photographer was even hired to shoot Will and Kate’s engagement photos.

For his most recent photo shoot, Mr. Testino was graciously thanked by the Palace in the best way possible; via a smartly worded tweet.

Thank you @mariotestino for helping to capture such an important day for the Cambridge family!

To which the photographer responded: “I AM HONOURED TO BE CHOSEN TO TAKE THESE PORTRAITS ON THE OCCASION OF PRINCESS CHARLOTTE’S CHRISTENING.” Along with his portrait of the extended royal family. 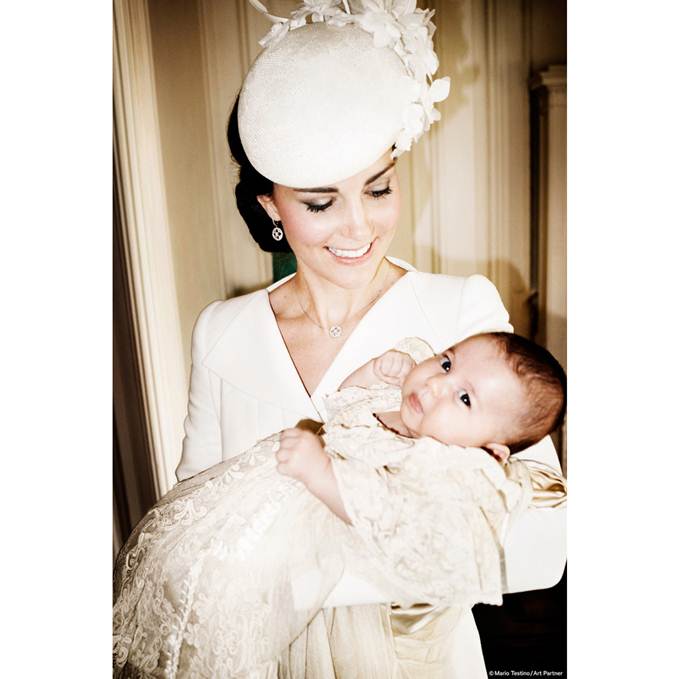