Katy Perry wrote a grammatically confusing sentence on Twitter this afternoon that had many who read it furrowing their brows.

The message was ostensibly composed as a rebuke to Taylor Swift, who got into a highly publicized Twitter spat this week with Nicki Minaj. Ms. Minaj felt that she had been snubbed by the Video Music Awards, which didn’t nominate her song “Anaconda” for Best Video, and she tweeted out her frustration last night.

If your video celebrates women with very slim bodies, you will be nominated for vid of the year 😊😊😊😊😊😊😊😊😊😊😊😊😊

Ms. Swift, who was nominated, seemed to take it personally.

@NICKIMINAJ I've done nothing but love & support you. It's unlike you to pit women against each other. Maybe one of the men took your slot..

That’s the gist. Ms. Perry didn’t state why she was jumping into the battle, though it’s likely it has to do with a fight she got into with Ms. Swift last year when the pop star accused Ms. Perry of wooing away three back-up dancers. (It has been speculated that Ms. Swift had Ms. Perry in mind when she wrote “Bad Blood.”)

Aside from the fact that Ms. Perry seemed to be publicly shaming Ms. Swift, what had most people talking was the syntactical weirdness of the tweet itself. When I showed it to a colleague to see if he understood it, for instance, he first asked who the “pit women” were and then wondered about the “parade argument.”

Is everyone pretending to understand that Katy Perry tweet?

i literally cannot make sense of the katy perry tweet without punctuation.

i didn't understand this sentence for like 5 minutes https://t.co/vvZT31elZM

The key to understanding the tweet is to see the words “parade” and “about” as sandwiching the phrase “the pit women against other women argument.” Here’s a stab at punctuating the sentence: Finding it ironic to parade the pit-women-against-other-women argument about as one unmeasurably capitalizes on the takedown of a woman…

Still doesn’t make much sense, I guess, though after a few reads you do adjust to the warped grammar and it starts to come together, much in the same way Gertrude Stein’s “Composition as Explanation” makes sense only after you’ve read it more than once. 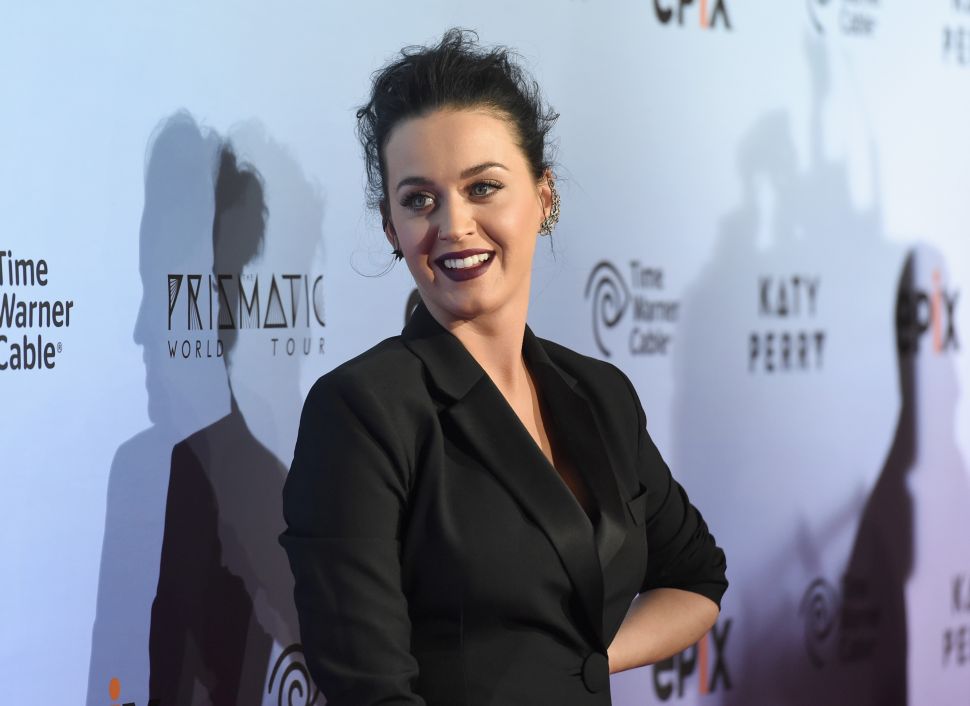