Short crops are in right now, if the runways of Haute Couture Week in Paris, as well as stars’ recent haircuts, are any indication.

There were no loose, sun-kissed waves in sight on the Chanel runway in Paris today, where models—Kendall Jenner included—sported short, dark styles, parted in the middle and cropped severely around the top of the ear. (Fans of Ms. Jenner’s signature long, sleek locks, fear not: It appears to be some sort of wig.)

Even Kristen Stewart, seated at a poker table in the middle of the Chanel runway, wore her hair pulled back in a style easily mistakable for a short cut:

But Chanel was not alone; the models in Schiaparelli’s show also had short, albeit lighter and looser, styles.

Last year, we saw actresses like Jennifer Lawrence, Shailene Woodley and Scarlett Johansson ditch their long waves in favor of shorter cuts. This summer, it appears even more stars are joining the trend. Zendaya, for one, arrived on the BET Awards red carpet sporting a bowl cut—a drastic departure from her much-talked-about long dreadlocks:

Kate Mara switched to a pixie cut last month—shorter than the already-short bob she wore to the Met Costume Gala: 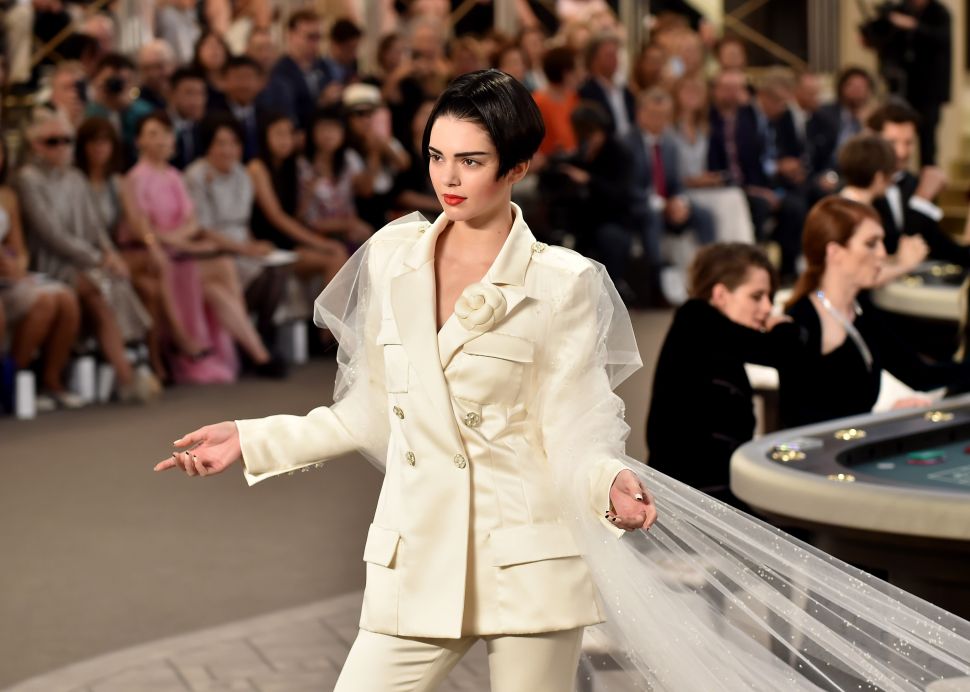