After touring North Korea’s new terminals for Pyongyang International Airport, the country’s leader Kim Jong-un expressed his unhappiness with the designs to local state-controlled media. The architect, Ma Won-chun, has been missing since, according to a report in the Independent, which cited other sources.

North Korea’s Korean Central News Agency (KCNA) said that Kim commissioned the airport’s expansion to “show the proud appearance of the DPRK’s socialist system and the standard of a highly civilized nation.” Construction was completed July 1, and the project will allow more flights to China and Russia.

During Kim’s first inspection of the airport, the state-run KCNA reported that he noticed “deviations” in the layout.

“Defects were manifested in the last phase of the construction of the Terminal 2,” Kim told KCNA, “because the designers failed to bear in mind the party’s idea of architectural beauty that it is the life and soul and core in architecture to preserve the Juche character and national identity.”

According to The Diplomat, he ordered officials to re-examine the design. But around the same time he expressed his dissatisfaction, Ma Won-chun was “purged…for corrupt practices and a failure to follow orders,” reports The Diplomat, and soon disappeared along with five other high-level officials.

The likelihood that Ma has been executed is certainly not out of the question given Kim’s track record. On Thursday, USA Today reported that the leader has killed 70 government officials since he came to power in 2011.

Whatever Kim’s misgivings, the airport hasn’t been uniformly panned. According to Gawker, the website Business Insider ran a story celebrating the architectural triumph. Originally headlined “North Korea’s stunning new airport puts many Americans to shame,” the Business Insider story was toned down to “North Korea says it has a great new airport” and an Editor’s Note was added that said, “We revised this post to reflect North Korea’s reliance on propaganda.” 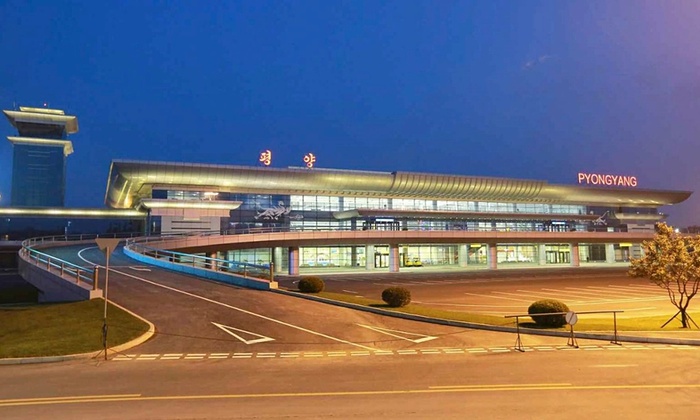