On June 8, a shocking sexism-in-science scandal erupted on Twitter and spilled quickly into the mainstream media: British biochemist and Nobel laureate Sir Tim Hunt, reports said, had told a mostly female audience at an international science journalists’ conference in Seoul, Korea that “girls” in the laboratory are liable to cry and cause romantic turmoil—and advocated sex segregation.

The next day, Dr. Hunt, 72, resigned his honorary post at University College London; he also stepped down from committees and advisory boards of the Royal Society (Britain’s academy of sciences) and the European Research Council. Yet the embattled scientist has found a growing chorus of supporters who see him as the victim of a witch hunt. And an examination of the facts strongly suggests that Dr. Hunt’s champions are right: the real scandal in this story is Twitter mob rule compounded by sloppy and biased journalism.

Dr. Hunt’s troubles began when Connie St. Louis, a science journalism lecturer at London’s City University, tweeted that a luncheon for female scientists at the World Conference of Science Journalists had been “utterly ruined by sexist speaker Tim Hunt.” According to Ms. St. Louis, Dr. Hunt started out by admitting that he had a reputation as a male chauvinist and then continued, “Let me tell you about my trouble with girls. Three things happen when they are in the lab: you fall in love with them, they fall in love with you, and when you criticize them they cry.” She also quoted Dr. Hunt as saying he was “in favor of single-sex labs.”

Ms. St. Louis’s account was backed by two American science writers, former New York Times columnist Deborah Blum and New York University journalism adjunct Ivan Oransky. (As Ms. Blum later disclosed in The Daily Beast, the three had compared notes and decided Ms. St. Louis would break the story.) Ms. Blum also stressed that Dr. Hunt’s monologue was not merely a poor attempt at humor and that he “said it again” when she asked him about it. Then came reports that even as Mr. Hunt apologized on BBC radio for causing offense, he explained that he “meant to be honest.”

A more careful look would have shown that Dr. Hunt was referring to a specific point—the part about his own experience of falling in love with “people in the lab” and having them fall in love with him, and finding it disruptive to scientific work. (He also said his remarks were meant as “lighthearted [and] ironic.”) Yet both British and American media outlets reported that Dr. Hunt “stood by his comments,” and his downfall was seen as a misogynist’s just deserts.

The tide soon began to shift after Dr. Hunt and his wife Mary Collins, a noted immunologist and herself a UCL professor, spoke to The Guardian. Dr. Hunt said that his impromptu remarks were “jocular” and “self-deprecating” and that his comment to the BBC was a clumsy attempt to explain himself during a phone call from the airport. Ms. Collins insisted that her husband was no sexist, only a man who did something “stupid,” and voiced her anger at the university for letting them both down.

Meanwhile, prominent scientists of both sexes came to Dr. Hunt’s defense and praised his past support for women. And a European Commission report leaked to the London Times offered a very different version of his remarks, based on the notes of an EU official who attended the luncheon—a version which fully supports Dr. Hunt’s claim that he was simply making a self-deprecating joke:

“It’s strange that such a chauvinist monster like me has been asked to speak to women scientists. Let me tell you about my trouble with girls. Three things happen when they are in the lab: you fall in love with them, they fall in love with you, and when you criticize them they cry. Perhaps we should make separate labs for boys and girls? Now seriously, I’m impressed by the economic development of Korea. And women scientists played, without doubt, an important role in it. Science needs women and you should do science despite all the obstacles, and despite monsters like me.”

Ms. St. Louis remains adamant that Dr. Hunt did not say “now seriously” (while The Daily Mail has quoted her as apparently reversing herself, she told me in an email that she was misquoted). However, she also denies that Dr. Hunt praised women in science—which is at odds with Ms. Blum’s recollection. Meanwhile, Ms. Blum has called the purported transcript “suspect” but also acknowledged that it had “some of the right elements” and was a “polished version” of Dr. Hunt’s “somewhat fumbling actual talk.” The discrepancies may not be a matter of deliberate untruth so much as imperfect recall.

Dr. Hunt’s detractors argue that he himself confirmed he meant what he said, both to Ms. Blum and to BBC Radio. But in the radio interview, he was clearly talking about his own romantic feelings and “emotional entanglements.” Did he say something similar to Ms. Blum, and did she misconstrue it as meaning that (in her words) “he did think it was hard to collaborate with women because they are too emotional”? Ms. Blum did not respond to my request for comment, but such a misunderstanding seems entirely plausible.

What’s far less plausible is that Dr. Hunt is an inveterate chauvinist who really wants “separate labs.” Women he has supervised as Ph.D. students and postdoctoral fellows have testified that he was unfailingly supportive and never treated them differently because of their gender. Maria Leptin, the first female director of the European Molecular Biology Organization, has disclosed that he played a key role in her appointment. Several leading British female scientists have spoken glowingly of his mentorship of young women. Even one of his harsh critics, Guardian science blogger Helen Cahill, noted during the initial outcry than in his past speeches Dr. Hunt had credited female researchers, including a longtime collaborator, with helping make his discoveries possible. This, Ms. Cahill wrote, made it especially “astounding” that “he thinks working with women is a waste of his time.” Yet somehow, most people did not consider the obvious answer: he doesn’t actually think so.

UCL is now under growing pressure to reinstate Dr. Hunt at its next council meeting on July 9. The ranks of his British supporters have been joined by Americans such as Nassim Nicholas Taleb, author and professor at New York University’s School of Engineering, who is boycotting the London school to protest Hunt’s treatment.

Of course, there is a backlash against the backlash. Slate science columnist Phil Plait still insists that Dr. Hunt meant what he said. Others assert that even if Mr. Hunt was joking, he was making women the butt of his sexist jokes—even though he seems to have been poking fun mainly at himself. Predictably, the counter-backlash portrays Dr. Hunt’s supporters as men defending male privilege. In fact, half of Hunt’s former students, postdoctoral fellows and staff scientists who wrote to the Times on his behalf were women. His most vocal champions include former British MP and journalist Louise Mensch, a self-proclaimed feminist who believes Dr. Hunt is a victim of “fauxminism,” and UCL honorary research associate genealogist Debbie Kennett.

While Dr. Hunt’s poor judgment played a role in his plight, he has been wronged. His off-the-cuff remarks were almost certainly reported in truncated and out-of-context form, while voices disputing these reports were ignored. The journalists who covered the story never bothered to find out details that didn’t fit the misogynist caricature: for instance, that before the ill-fated luncheon, Dr. Hunt had participated in a conference event where two European Research Council grantees, both women, presented their work. In the media storm, many were eager to use Dr. Hunt—not the real person but his caricature—as proof that entrenched sexism in science is real.

Dr. Hunt deserves to be vindicated. Cultural disapproval of sexism is, without question, a good thing. But when “fauxminist” outrage over a minor faux pas can ruin a career, this is not good for women, for science, or for the culture.

Cathy Young is a columnist for RealClearPolitics and is also a contributing editor at Reason magazine. You can follow her on Twitter at @CathyYoung63. 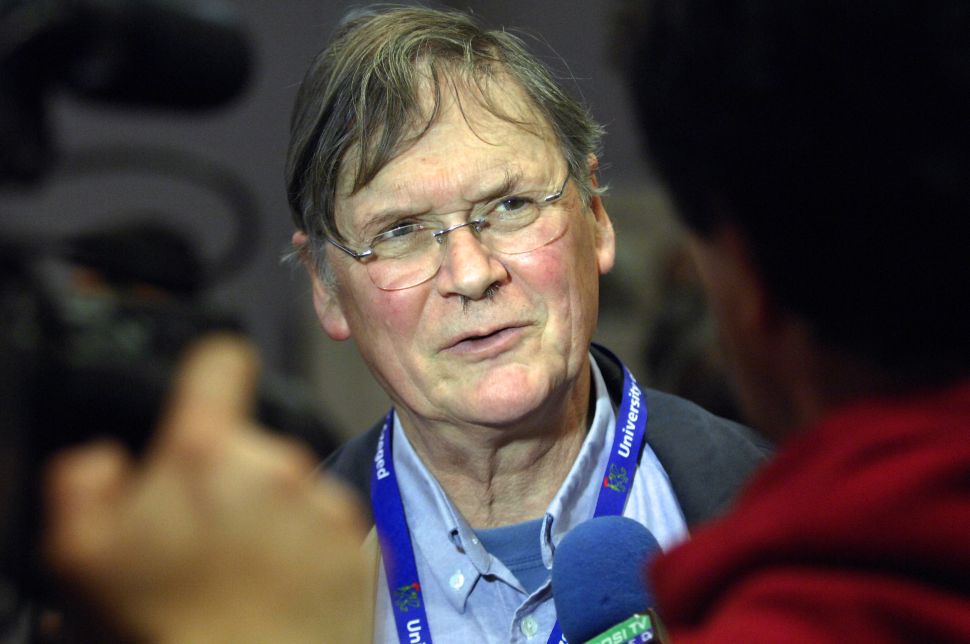