Yesterday, the Observer printed an interview with Omer Tsimhoni, the Michigan father whose bitter custody battle with ex-wife Maya Tsimhoni led to their three children—Liam, Roee, and Natalie, 14, 10 and 9—being placed in state facilities. The essence of the story is that the Tsimhonis split in 2008 and had joint custody of the kids with Ms. Tsimhoni having physical custody of them and Mr. Tsimhonis allowed visits, sometimes supervised, sometimes unsupervised.

After several rounds of acrimonious legal battles, Oakland County Family Court Judge Lisa Gorcyca concluded that their mother had once again failed to live up to the terms of the couple’s shared custody arrangement. Two weeks ago she ordered the children into two different juvenile facilities.

If that seems inexplicable to you, well, it does to me, too. And it does to Jennifer Hoult, the New York City lawyer who is handling legal action on behalf of all three children.

As I wrote in yesterday’s story, there are “at least two sides” to the story of whatever went wrong in the Tsimhoni marriage. But locking the children up just seems … insane. Ms. Hoult reached out to the Observer to discuss this puzzling and troubling situation.

“Yours is the only coverage in the New York press that’s been brought to my attention so I want to be sure it’s fair,” said Ms. Hoult in one of two telephone interviews. “Divorce is painful. There’s lots of hurt feelings. There’s all kinds of stuff that goes on in families and relationships. But it’s important to understand what the courts have already adjudicated.”

According to Ms. Hoult, there may be an emergency hearing called for tomorrow —Friday, July 10—so the lawyers on all sides are scrambling to get their papers and motions in order.

“In terms of what will happen, right now the mother until this recent order which put the kids in permanent custody of a youth detention center iuntil they turn 18, the children were in their mother’s physical custody and had supervised visits with their father, as a result of the Child protective Services finding. Do I know what the court is going to do? No. Do I know when the court is going to do something? No, but the state judge will hear the writ of habeas corpus next week. The guardian ad litem has advocated for the continued and permanent incarceration of the children is my understanding.”

The writ she’s referring to is an emergency motion filed by the mother to get the kids out of detention. A guardian ad litem (known in some states, including New York, as Court Appointed Special Advocates or CASA for short) is a lawyer or other representative appointed to represent the child’s best interests.

It is surprising that the guardian would advocate for a sentence that amounts to four years for the oldest child and nine for the youngest. That’s not the only surprising thing about this action.

“It’s a constitutionally horrific situation. The order of incarceration reads like a rendition order. They’re not allowed contact with one another, with their mother, with their attorney. The judge ordered that the youngest one – the daughter, a nine-year-old girl, is not allowed to use the bathroom in privacy until she’s 18.” If that sounds heartbreaking, it’s only moreso when you learn particulars about the children.

One friend of the family (she prefers that her name not be used), who is the mother of a school friend of Liam, put it plainly to the Observer. “Three wonderful, friendly, happy and we’ll behaved children are being held at a children’s detention center.  [Regardless] of who is at fault for their divorce troubles, these children are not at fault! Please help these sweet innocent kids!”

Ms. Hoult echoes the sentiments and adds a particularly poignant detail about Liam.

“These kids are extraordinarily academically gifted. Good young citizens, polite, the best young people you can imagine and have never been in any trouble and now they are incarcerated until they turn 18 years old. And they don’t know that anyone on the outside is doing anything to help them. The oldest, Liam, is so mathematically gifted he was invited to attend an elite mathematics program at Stanford this summer. He is such a fine big brother that he asked for deferred admission until his younger siblings could come with him.”

Ms. Hoult is not new to this. Yet she makes the point that what she’s seen here is unprecedented. Even if it weren’t so heartbreaking, she believes major constitutional questions are at stake.

“Parental divorce, how parents want to work out their issues, that happens every day. I used to represent kids in Brooklyn Family Court and I can tell you you’d hear stories all day long. But you wouldn’t hear stories of kids incarcerated for between four and nine years for exercising their constitutional rights and breaking no laws whatsoever. The judge ordered these children to read speech written down by the judge. She ordered them to have feelings and relationships the judge wanted them to have, which violates their basic constitutional rights.”

Indeed, a reading of the transcript contains parts where the judge seems to take the entire matter as a personal affront. In one particularly strange passage, Liam’s lawyer, Jeffrey Schwartz explains that he has instructed Liam to apologize to the judge for failing to obey her order to communicate with his father and told that if he continues to ignore the judge’s instructions he will be held in contempt and “placed in Children’s Village until he complies.” The judge asks Liam to speak for himself: “What do you want to say to the court, if anything.”

Liam: Okay, so I .. I do apologize if I – I didn’t understand that the rules of the – like – the – with – with – like apolocize to whatever I did to you, but I do not apologize for – for not talking to him because I have a reason for that that’s because he’s violent and he – I saw him hit my mom and I’m not gonna talk to him.

Judge Lisa Gorcyca: All right. Well, the court finds you in direct contempt. I ordered you to have a healthy relationship with your father. I witnessed your mother at 11:30 tell you very impassionedly that she wants you to talk to your tad, to talk to your dad, that he loves you, that he’s not gonna hurt you, that he’s not gonna hurt her. You are a defiant, contemptuous young man and I’m ordering you to spend the rest of the Summer – and we’ll review it when school starts, and you may be going to school there. So you’re going to be – I’m ordering you to Children’s Village. Is there anything you’ld like to say about that?

Liam: I didn’t do anything wrong, so…

Liam: But he was the one that – something wrong

Liam: How come – I thought there was like rules when – rules for like not, you know, not hitting someone, why am I going to the …

Judge Lisa Gorcyca: I ordered you – I will say this again, and apparently you’re – you’re supposed to have a high IQ, which I’m doubting right now because of the way you act. You’re very defiant, you have no manners, I ordered you to have a relationship with your dad.

It is surreal and painful to read, especially when you remember that he’s 14 years old. And also if, like me, you have a son about that age and consider how terrified he would be to be speaking to a judge with the stakes already spelled out. It is chilling to imagine what America would be like if every 14-year-old who acted disrespectfully toward his father were suddenly jailed.

Ms. Hoult offers a final thought. “Whatever is going on with the parents, there’s no reason the children should be incarcerated.”

Judge Gorcyca, if you’re reading this, do the right thing. Free the Tsimhoni children. 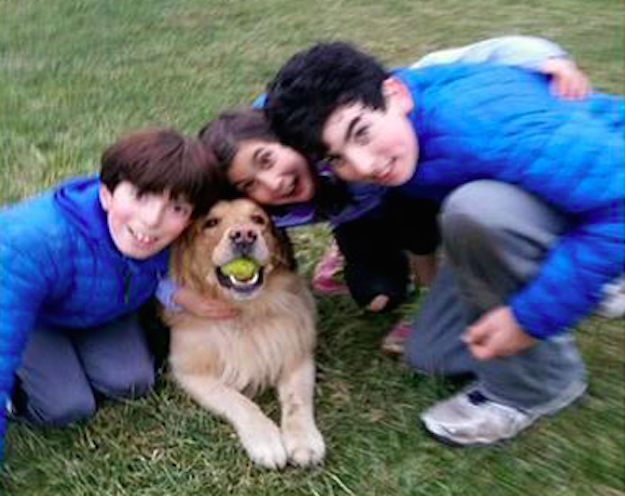