COLLINGSWOOD – The crowd was out in force for presidential hopeful Bernie Sanders’ telecast at the Collingswood Community Center.

The event was even better attended than expected, with a packed house of nearly 300. The number of young voters was striking, and organizers played to the room by asking high school and college-age voters to tweet ‘#feeltheburn’ and “break the internet” in the spirit of Kim Kardashian.

Sanders backer 24-year-old Alex Law, who in 2016 will attempt a run against Congressman Donald Norcross (D-1), introduced the live telecast.

Daniel Backal, a newly registered first-time voter, said he is drawn to the Vermont senator’s platform for its emphasis on issues affecting minimum wage workers.

Justin Frockowiak said that Sanders’ appeal for him is his acknowledgement that colleges in the US are “incentivized to go out and bring kids in at the highest rate,” saying that he shared the senator’s view of education as “an investment.” 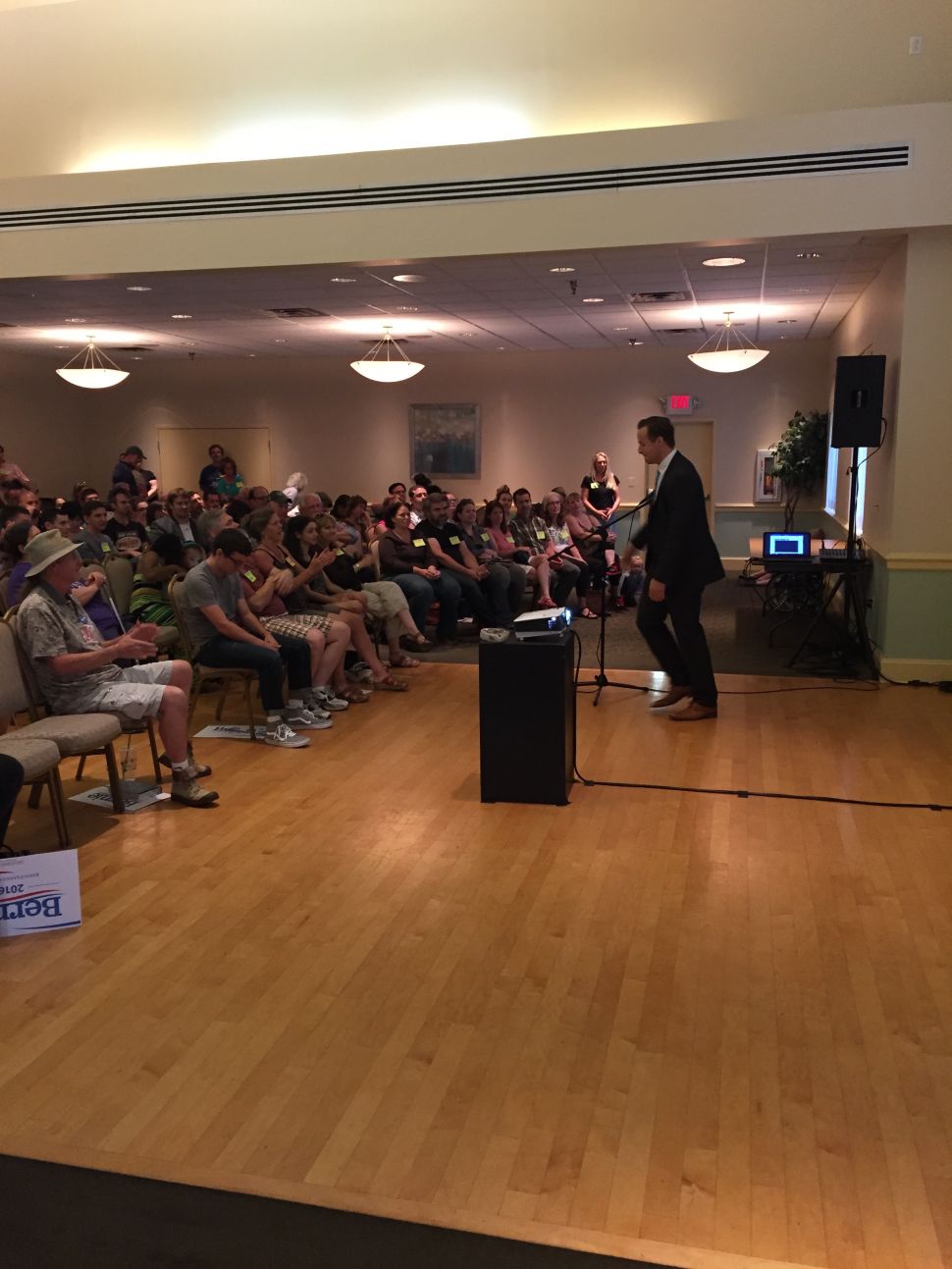