EGG HARBOR TOWNSHIP – Assemblyman Chris Brown (R-2) held a town hall meeting tonight in Atlantic County at which a panel of experts discussed the future of the second legislative district as its local economy attempts to diversify along with the major attractions of Atlantic City.

The panel, which included Brown’s running mate Republican Atlantic County Freeholder Will Pauls, sought to address what avenues lie open to both city and county as Trenton considers a future referendum to allow new casinos in North Jersey.

Panel member Dr. Israel Posner of Stockton University emphasized that a dramatic change could well take place with enough time, pointing to the stroke by which Las Vegas winnowed down its solely gaming-related revenue to 36%.

The consensus among the panel members was that long-term convention contracts specifying consecutive terms of use would need to eventually replace the economic draw of the city’s shuttered casinos. Paul stressed the long view, saying that such contracts would play out “in 5-year increments.”

The anxiety in the room was palpable when panel member and Steel Pier owner Anthony Catanoso spoke to the probable “war with New York” that would follow construction of new casinos across the Hudson.

Catanaso’s caustic dismissal of North Jersey officials’ promise to share their potential profits with Atlantic County drew applause. He noted that the $200 million to be funneled back from the opposite end of the state would not change the fact that “[banks] are afraid of Atlantic City.”

Posner echoed the sentiment when he said that the referendum’s passing would put Atlantic County “at war with the state” as North Jersey entered the already saturated gaming market alongside New York, Pennsylvania and Maryland.

All panel members agreed that Atlantic City must transition into a destination resort, with gaming becoming just one aspect of its predominant hospitality industry. Pointing to the casinos still in operation, Pauls described their precarious lack of in-state competition as “our lifeline before we diversify.” 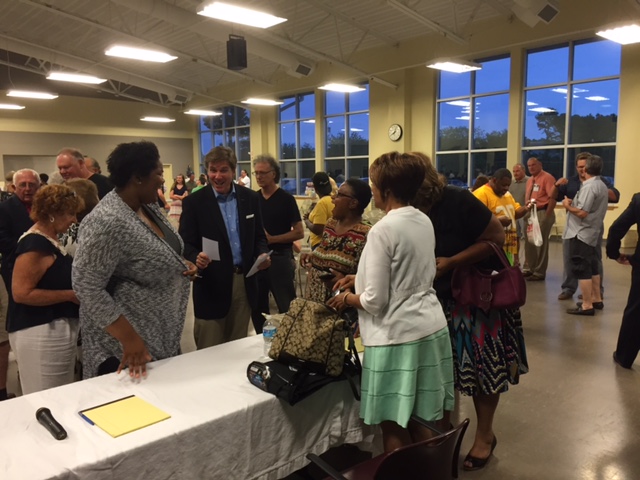