Somehow, between shooting the 5th season of Girls, doing some writing for The New Yorker and making a prominent appearance in Taylor Swift’s 1989 tour, Lena Dunham has found time to tackle a new project: her weekly newsletter entitled Lenny. Lenny will ultimately consist of a selection of articles, personal essays, and think-pieces on contemporary politics and culture, all approached through a feminist lens. Ms. Dunham has proudly deemed it, “an email newsletter where there’s no such thing as too much information.”

Co-founded by fellow Girls showrunner, Jenni Konner, the newsletter is set to launch this September, although readers can begin subscribing right now. In addition to Ms. Konner and Ms. Dunham, former Slate editor and Jezebel writer, Jessica Gross, will sit at the helm of the newsletter as editor-in-chief. Pitchfork and BuzzFeed writer, Doreen St. Felix and Rookie writer Laia Garcia will accompany Ms. Gross on the masthead. Ms. Konner’s ex-husband Benjamin Cooley will work as the newsletter’s CEO, in addition to serving as Lenny’s only male affiliate.

Lenny’s ideal audience, according to Ms. Dunham in an interview with BuzzFeed, is “an army of like-minded intellectually curious women and the people who love them, who want to bring change but also want to know, like, where to buy the best tube top for summer that isn’t going to cost your entire paycheck.”

While as is, the project is self-funded, the women of Lenny are planning to accrue an income through advertisers who market themselves as independent female designers, entrepreneurs and business-women. The advertisers will, presumably, reflect the same sort of witty, girl-powered energy that the newsletter’s staff embodies. Prior to the project’s initial release, however, it is questionable what will set the publication apart from the vast number of other “feminist publications” already making their presence known on the internet.

Lenny will serve as a way, “to remember that the internet has the power to take you into quiet places —something we don’t usually use it for,” Ms. Dunham told BuzzFeed. Her use of the newsletter format, rather than a more typical site, is already a testament to this. She has long been acknowledged for her extraordinarily candid online presence, seemingly fearless when it comes to exposing herself in all her vulnerable glory to the web, which hints that Lenny will assert itself as a more concentratedly feminist, more intimately cultural publication than Jezebel or Refinery29.

When subscribers surrender their email addresses to the Lenny website, they receive an email stating, “We want to entertain and inform you, but we also want to make the world better for women and the people who love them. That means keeping abortion safe and legal, keeping birth control in your pocket and getting the right people elected, all while wearing extremely fierce jumpsuits,” followed by a plea to share the publication as widely as possible.

It remains to be seen if Ms. Dunham’s newest project will truly represent a new approach to feminist media or if it will instead fall flat among the ranks of other girl-centric publications. Regardless, she will certainly have more than enough subscribers, ready and willing at any given time to both chastise and appraise her next move. 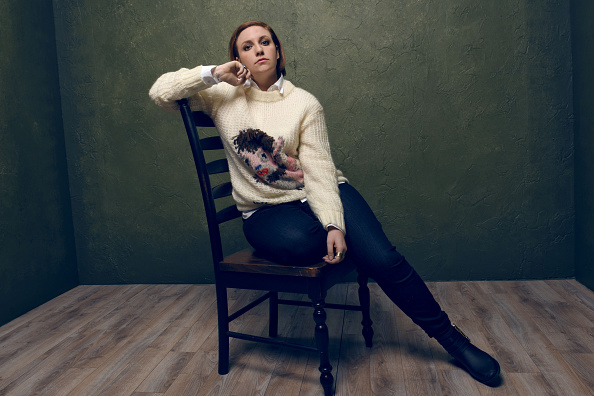