On the deck of his seaside summer home in Mantoloking, Lesniak, surrounded by a small group of close political and personal allies, led a flag-raising ceremony that included a trifecta of standards: the Stars and Stripes of the United States of America, the blue-and-buff banner of New Jersey, and the rainbow flag that represents the LGBT community.

“This is a glorious moment that we wanted to celebrate with all of our friends,” a smiling Lesniak told PolitickerNJ not long after the joyous impromptu flag-raising ceremony. “This has been a long, hard battle that [state Senate Majority Leader] Loretta Weinberg [D-37] and I waged with a lot of support from people like Steven Goldstein, who founded Garden State Equality [New Jersey’s statewide organization that focuses on LGBT equality issues], and my girlfriend, Salena Carroll, who is the chair of the New Jersey Civil Rights Commission. We are so pleased and happy that now, in America, love is love, and gay couples can get married. That’s what we’ve fighting for for so many years. It’s always nice to see the culmination of a quest for social justice. We have moved a step closer as a nation to embracing each other as human beings.” Lesniak, a potential Democratic candidate for governor in 2017, took time out during his moment of triumph to take on New Jersey Governor Chris Christie, who declared that he is seeking the 2016 Republican presidential nomination earlier this week, for continuing to maintain that marriage is only between a man and a woman despite the Supreme Court’s ruling.

“Chris Christie has been pandering to the right wing of the Republican Party to the detriment of the people of the state of New Jersey for quite a while,” Lesniak said. “And it’s not just his views on marriage equality. It’s cutting funding for Planned Parenthood, for health care screenings for poor women, for food stamps for poor children. Chris Christie makes his policy decisions based on what’s best for Chris Christie’s presidential ambitions, which is again often to the detriment to the people of New Jersey.

“Quite frankly, I don’t care what Christie thinks,” Lesniak concluded with a shrug before he returned to the party. “And neither does anyone else.” 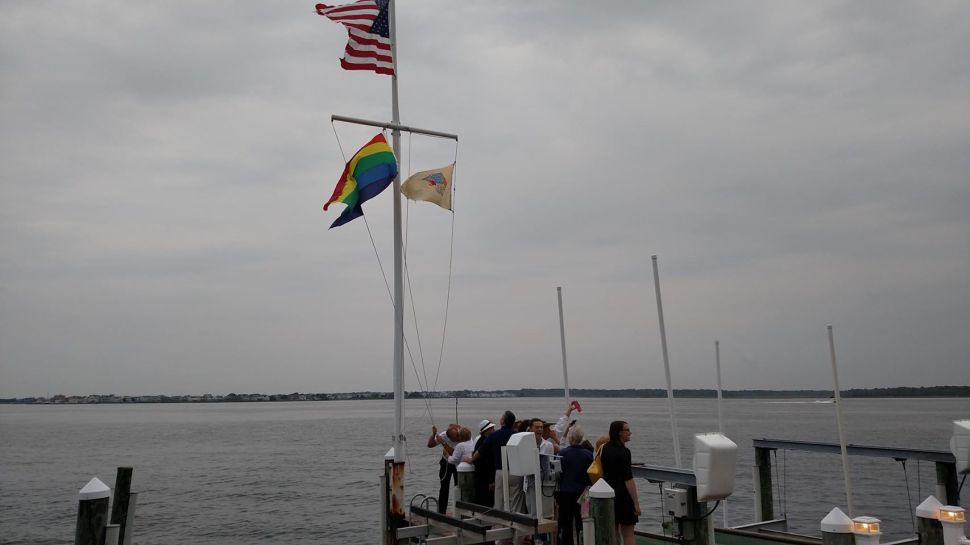