Rimowa’s CEO Dieter Morszeck is a travel junkie who is obsessive about all parts of the travel experience, and a licensed pilot of thirty-three years. The man behind the fastest growing luggage brand in the world, known for their lightweight hardshell bags, is now planning to go one step further and build a plane fit for their luggage.

“It’s an open cockpit, so it’s just fun,” Mr. Morszeck said during a press conference at EAA Air Venture, the largest air show in the world in Oshkosh, Wisconsin. Yes, an open cockpit. The planes are slated to be recreations of the awesomely rare Junker F13. Before this passion project was started, a complete set of drawings of the plane did not exist. Thus, the Rimowa team had to get creative. “In Paris, there are five Junker F13 planes in museums,” Mr. Morszeck said as a plane twirled above him at the air show. “So, we scanned them with a Leica scanner to create a 3D drawing.”

What’s more, the plane is made out of the same aluminum material used to build Rimowa’s luggage. It was later revealed to much pomp and circumstance at a nearby converted hangar where a dinner was hosted by brand ambassadors Alessandra Ambrosio and Johannes Huebl. The evening served as the formal reveal of the plane, which remained shrouded in a black sheet until the start of the main course. Norah Jones then took the stage to perform her hits with the behemoth aircraft as her backdrop.  “Some build these air crafts for museums,” Mr. Morszeck said at the evening’s close. “But this one will fly.” 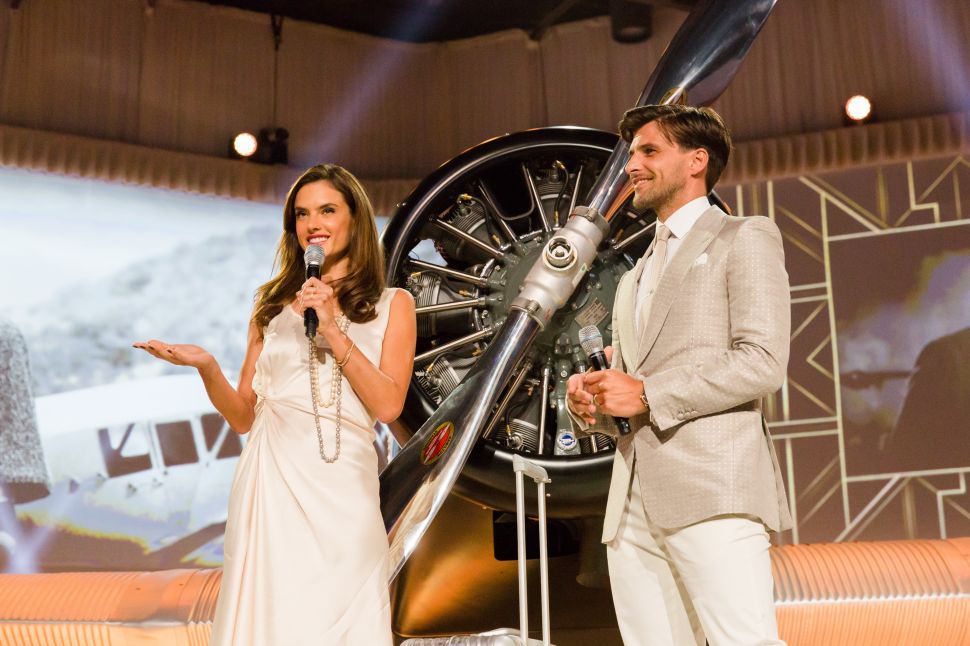