“The faster the better” seems to be our mantra, until it comes to fine wine and spirits where age usually equals quality.

There is, however, a new distillery bringing bold, delicious flavors to their whiskey product in almost no time at all. In only 120 days or fewer, Highspire ‘s new “rapid-fire” whiskey is ready to be enjoyed.

“How do you do it?” we asked California winemaker-turned-whiskey-maker Austin Hope, who dreamt up the idea about three years ago. The Highspire founder answered, “magic.” What he meant, though, was unique ingredients and techniques

“I wanted to do a rye whiskey, and I looked at them and tasted them all,” he said. “I came back with the same conclusions: I love how they taste, but with whiskey, it’s all about the barrel. The longer you age it the more flavors come out from the wood.”

In the wine industry (where his background is) it’s quite the opposite; the fruit, not the barrel, is the focus. He wanted to do the same for whiskey.

“I wondered why we leave it in barrels so long,” he said. “To me, it’s less about old, archaic laws set a while ago. Due to the fact that everyone is so much more open-minded today, let’s experience something new. Who cares how it’s made? Let’s try something new.”

As Mr. Hope set out to open his craft distillery, he knew distilling from 100 percent rye and focusing on that ingredient was the route he was going to take. A brave route it was; distilling without some added barely or corn mash is very rare. This is because it’s difficult to convert the starches in such a way without plummeting yield and profits.

At first, he did see those terrible conversions. Things turned around when he found a farmer less than a mile down the street from the distillery and convinced him to grow Rymin—a certain variety that is seldom used in whiskey production, but that Mr. Hope knew was the type he needed.

“We started out with a small plot,” he said. “Just last week we harvested 120 acres of our own Rymin rye.”

The company is currently on their third batch and is just beginning to roll out the product in select stores, bars and restaurants.

“I’m excited as hell because people said I couldn’t do it, but I did do it,” Mr. Hope said.

For him, it’s been an interesting yet smooth transition from the wine world to the whiskey world. Every batch of Highspire whiskey is actually being aged in the very red wine barrels from his Treana Winery in Paso Robles, California.

Interestingly enough, his unique and speedy process doesn’t technically qualify the product as rye whiskey, even though it’s made from 100 percent rye. “Whiskey” is still written on the bottle, but “Barrel aged less than four years” is as well. Due to more technicalities, the company can’t actually say, on the bottle, that the whiskey ages for only 120 days. But even despite these formalities, Mr. Hope believes he has something special.

“I think it takes the level of a craft distillery to the next level,” he said. “it’s getting people’s minds out of the old process. Through trial and error, we can find so many new things.” 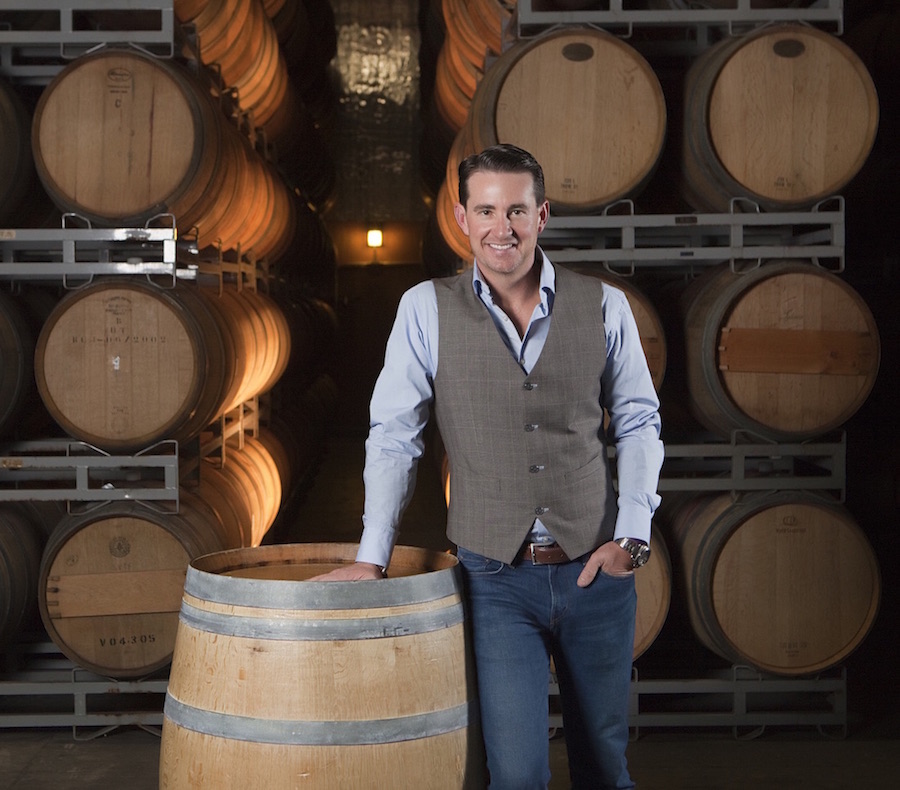